Oh, they’ll go there if they need to.  Do not doubt me. 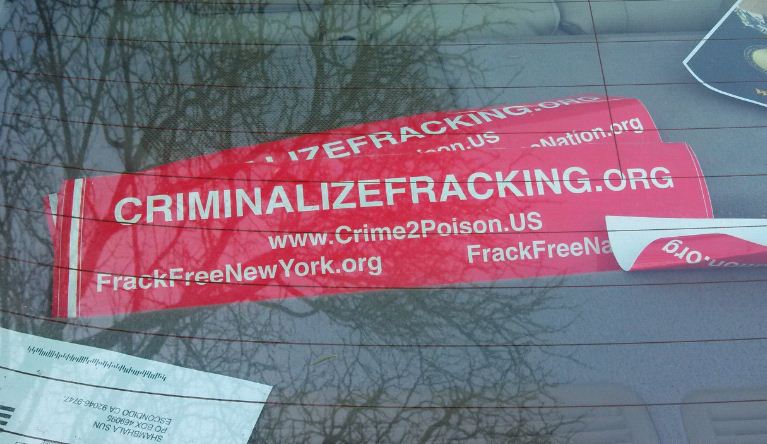 You be they will!

Nothing will make a liberal/progressive/democrat grin more, (or should the term be smirk?), than killing a cheap, clean and plentiful source of energy.

Does this mean that liberals are Fracking cowards? Hmmm….
Gotta Love Battlestar Galactica for making Fracking a common use term! 🙂

It cannot be mentioned too often when applied to the collectivists. Ignorance can be cured; Stupid is forever!

Another superstition of the Collective.

You know…the “party of reason”…

Environgelicals. They will twist every conversation into an attempt to proselytize the unfaithful.

ZOMG! They have fracked the Gov. of Colorado…!!!

If they think it’s criminal, fine, then they should not benefit from fracking. They can buy their energy from foreign lands at higher prices and support despotic regimes. If they don’t want to do that, they can stick a solar panel on their Prius and get bent.

http://www.crime2poison.US and http://www.frackfreenation.org
(sponsored by your good friends at OPEC.)

I think that the right answer is for a conservative living in NY state to propose a new law, banning importing of any energy (oil, gas, electrical power) from any state that has not made fracking illegal – you know, and “energy boycott”.

That will drive up NY’s energy costs, thus forcing more companies to leave, thus giving NY release from all those evil job-things, and driving away all those evil rich. And they’ll stay warm all winter, glowing inside from knowing how they won a complete moral victory and are frack-free.

Seriously – I can’t even imagine how one would engage in a discussion with someone who had one of those stickers – you can’t argue logic & facts, so what do you argue?

Oddly enough, they would tell you that totalitarian socialism, responsible for more genocide deaths than any other political theory in history, isn’t.

The release of Liberal blather into the atmosphere from ivory towers exponentially increases global warming and rapidly increases toxic thought poisoning, poisoning more lethal than all fracking and racism and gun violence combined.

Frack… UNH! Good God, y’all
What is it good for?
Absolutely nuthin’!
Say it again, AHHHHHHH!

In the mind of progressives (especially in adademe) all you need to do is show any amount of disproportionate effect on a group you have defined as ethnic AND oppressed, and you then can automatically assign the intent as raaacist. So, for example, they find fracking is racist because they can find communities – maybe not all but at least one or a few – that are made up of at least one ‘defined’ oppressed, ethnic group. Look for the environmentalists’ definition of dangerous materials, and then determine that the locating of those materials is deliberate and therefore racist.

Funny, and I don’t mean this as a white power kind of comment, but I don’t recall ever hearing the same analysis and conclusions applied to those in Appalachia who supposedly suffered ill effects from another fuel mining effort, coal mining. My point is simple, those groups, while their ethnic origins were likely somewhat or fully homogeneous, were not defined by progressives as ‘oppressed’. They did highlight their opposition to the environmental impacts, but were silent about any INTENT with respect to the people in the community.

Also oddly, if anything that happens disproportionately to a defined group is automatically racist, they seem to be missing the uneven unintended impact of certain federal policies on those groups, too. (while true, I mean it as sarcasm)

The USPS has been operating a $9 billion annual DEFICIT. Yet, according to Elijah Cummings, cutting Saturday mail delivery (which will trim $2 billion from the deficit) is RACIST and is proof of the war on women; moreover, a war on single mothers!!! Wait! Is he saying single mothers are…? Naw, he wouldn’t.

Living in New York state is like living north of the 38th parallel in Korea.

In the corner of the window there I see a card for a subscription to a Buddhist magazine, the Shambhala Sun.

Maybe, while you are featuring Three Dog Night songs, could you honor this anti-fracking Buddhist with The Road to Shamb[h]ala?