Depends on what the meaning of “thank” is

Depends on what the meaning of “thank” is

Posted by William A. Jacobson Tuesday, January 1, 2013 at 07:00am 2 Comments
More Sharing Options

The attached billboard from WCPT-AM (“Chicago’s Progressive Talk”) popped up shortly after the election. The billboard is actually a fantastic buy, as on an hourly basis and by virtue of its location way off the Kennedy Expressway (I-94) it reaches far more people than its broadcast; the message appears on both sides. WCPT-AM is a daytime-only station, shifting at night to a few obscure FM frequencies. The latest Arbitron ratings have it at number 45 out of 49 stations in Chicago, with a 0.2 share (the FM stations rated higher this month at 0.4 share). The Kennedy frequently backs up tremendously and the photo was captured as I was a passenger sitting in traffic. The previous offering on this billboard was something along the lines of “Abolish Big Banks.”

The first time I saw this I was really steamed. “Thank you” for what? They’re certainly not thanking me (nor you, for that matter!).

But I will thank you.

Happy New Year to you and your family. 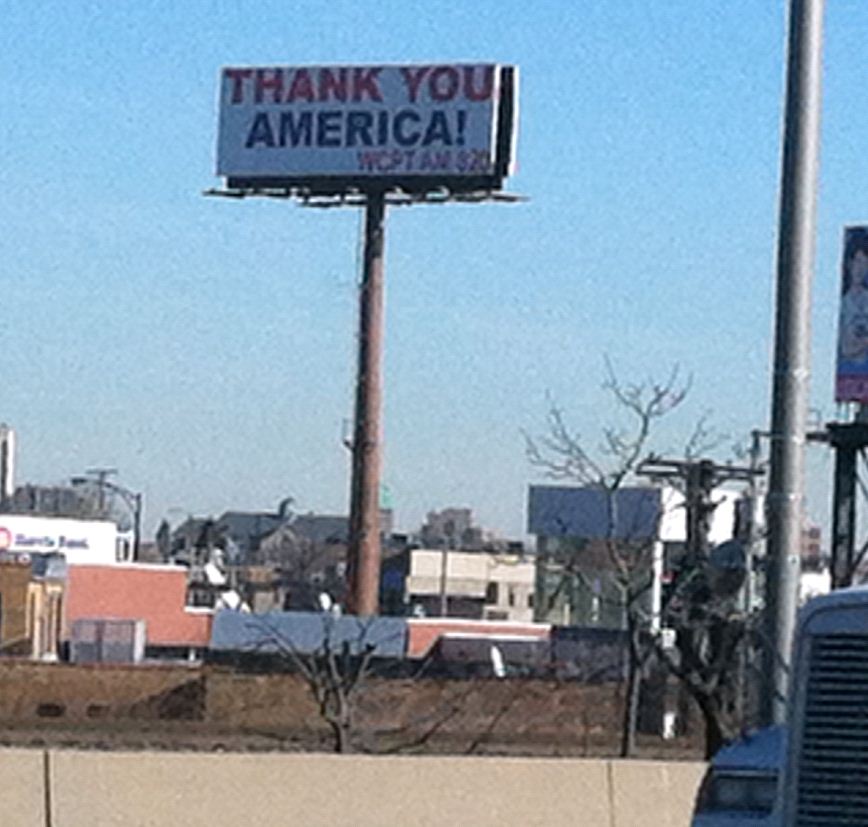 Must be the Brits. ‘Thank You America!’ for keeping this twit away from us.

“Thank You America” (for being a 2012 majority of idiot voters)