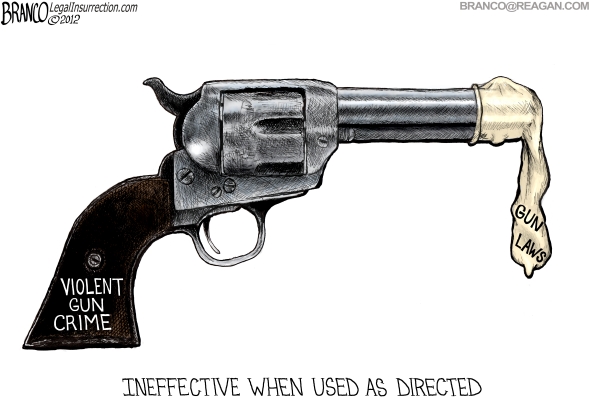 And to you and yours A.F. Branco, I lift my heavily sedated EGGNOG.

Amen. You nailed that one.

Thank you Mary, and Merry Christmas to you!

It only works on Joycelan Elders’ “safe bullets.”

This could be used as a metaphor for conception.

The firing of a “gun” begets further violence through scalpels and vacuums. In fact, nearly one million people are murdered every year — in America alone — following the indiscriminate discharge of “guns”.

We need “gun” control, because men and women are either incapable or unwilling to accepting responsibility for their (voluntary) actions.

I only “hijacked” your thread through association. It was nothing personal. It was inspiration. Actually, it was deeply personal. It helps to keep things in perspective. Thank you.

Have a Merry Christmas and a Happy New Year!

I saw a cartoon the other day where one of the guys says, “yeah, prohibition worked so well too”.

I have often thought that the muslims are obsessed with sex and obama has shown he is one of them in his obsession with sex, condoms and teaching our children in our schools about all kinds of sex when at their age they shouldn’t even be thinking about such things. It seemed his whole campaign was based on contraceptives and abortions and nothing else. These silly women who voted for him will have extreme buyer’s remorse when the muslim brotherhood take over this country (as they have made a start) and they will not only not have these things but will be in a burka and subject to their husband’ will. Heck, they will be subject to their 15 year old son’s will. Women are as nothing with these people.