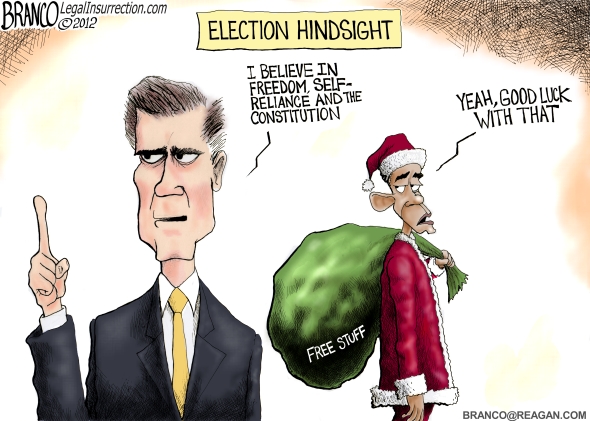 The Seminal Event of the Past Half Century: Kennedy “edging out Nixon.”

And, with Nixon, the Arabs might not have attacked Israel in 1967, the downstream effects of which were West Bank, Yasser Arafat, “Palestinians,” 1973 Yom Kippur War, first Arab Oil Embargo, Second Arab Oil Embargo, and, maybe even Islamic Fundamentalists.

Plus, academe might not be as radicalized. Nixon created the EPA, but maybe there would have been no Medicare/Medicaid (at least not in its current bankrupting form).

What would have been the Nixon response to the USS Liberty incident?

Did you know someone on the USS Liberty?

Sorry for the delay.

Just got back to my keyboard.

That’s why I cautioned Medicare/Medicaid being in their current form.

Actually, I had already typed out a list of things, that I was about to post. Short Answer: With Vietnam tearing at America, LBJ, and the U.S. Military, the 1967 War on Israel would not have happened, with so many downstream ripples.

If Kennedy Had Not Cheated Nixon in 1960

Nixon was no small government conservative. For example, he oversaw the creation of the EPA (and maybe the EEOC, which has ruined airline stewardesses for 30 years). But, he might have handled some things better, and some others, such as Watergate, would never have happened.

No Kennedy Assassination – Death of Liberalism

Roe v. Wade Might Have Turned Out Differently
Supreme Court Not Politicized
Uterus Based Politics
No Sandra Fluke

No League of Nations Push
Leading to No Versailles Treaty
Leading to No Rise of Hitler
No World War II
No American Firsters
No Charles Lindbergh
No Employer Paid Health Care
Russian Revolution????
Red Scare
No Democracy instead of Republic
No Criticizing the Founding Fathers
No Progressive Movement
No Prohibition
No Income Tax
No 17th Amendment
No Roaring 20’s Bubble
No Stock Market Crash
No Great Depression
No New Deal
No FDR
No Massive Expansion of the Commerce Clause
No Massive Expansion of the Administrative State
No Social Security as Currently Structured
No Welfare State
No Entitlement Crisis
No FANNIE/FREDDIE Bubble
No 2008 Fiscal Meltdown
No Barack Obama

The mooches and haters won. As far as I am concerned it is ok when they walk all over Boehner to pass their insane budgets and laws. The faster we get to a collapse the better.

The Moocher, Looters, Haters and Pimpers won on Tuesday. But, we were in trouble before that. This just constains our choices even more going forward.

It might take a collapse and here is why:

No deductions, no caps. No carve outs of any kind.

Would not cover even part of the federal and state/local expenditures, with a GDP of 15 trillion (that’s GDP, not debt). Sure, sure, I am glossing over the capital gains, property tax, ad valorem, and estate/gift/wealth transfer tax aspects.

OK. OK. Make it 20% and assume that the taxes cover everything, federal, state, local, and municipal. The politicians would still want to spend more because the highest priority is getting re-elected.

That can be done with bonds/borrowing. Rates will go up as credit-worthiness goes down. That ought to slow some things, but wait….

Fine. Stop paying your taxes and assume no jail time. Will that starve the beast? No. The Leviathan can print more and more money, even in the face of falling credit ratings and higher borrowing costs until…..

I am not wishing for that. I am not shorting anything (unlike Soros).

But, given the current dynamic, I do not know what stops this “perpetual motion” machine (even though there is no such thing physically, or fiscally), short of rampant inflation unmasking the real effects of the U.S Dollar being abused. In short, we have provided military assistance to foreign lands and they have subsidized us by having faith in our Dollar, which caused them to lend to us and sell goods and services to us at a rate of inflation far less than they would lend or sell to, say, Argentina or Venezuela.

Only when the “hidden tax” of inflation becomes a manifest tax, do the middle class liberals and independents realize the true cost of deficits.

I would be careful with the “let it burn” talk. While there is reasonable argument to be made that people who keep making stupid choices should be eventually made to deal with consequences of their choices to truly understand their mistakes, there is much danger. Yes, they will destroy country given a chance, and they are well on the way. But, is that anything anyone wants? There is a good balance between having a “teaching moment” and allowing the complete destruction.

None of us knows what the future will bring, and, my point was not really “sour grapes” or “let it burn,” so much as saying that as long as the U.S. dollar is the world’s de facto reserve currency, our politicians can keep on spending, raising the debt ceiling, and financing our profligracy at interest rates and without the inflation that would come crashing down on any other country.

Now, in a sense, this is actually good news. If other countries want to lend us money at (fixed) interest rates that seem low to us but sane to them because of weaknesses in their currencies that still make the U.S. Dollar more attractive, then, in effect, they are subsidizing us, the same way China does if it keeps its currency artificially low (which subsidizes our imports).

Now, if/when the U.S. Dollar does lose its status as the world’s de facto reserve currency, inflation will kick off here in the States. Our fixed-rate obligations to other countries will become cheaper and cheaper for us to pay off and their goods/services will become more and more expensive for us to buy and ours cheaper for them to buy, which should cause a reversal in the import/export balance of trade and a revival of U.S. manufacturing and goods/services.

That, of course, does nothing with our internal promises (“debts”) to ourselves / fellow citizens in the form of Medicare / Medicaid / ObamaCare, Social Security, and most defined benefit pensions, that are usually indexed to inflation/cost of living. And, sadly, those are the part of the iceberg that are below the waterline.

If only the Greenspan Commission had resulted in the “retirement age” being raised by one month every quarter (resulting in one year every three years), or even one week every month (one year every 4.33 years). The latter might have resulted in our being in about the same sitution we are in now relative to 1983-2012, but would have us in a better looking position going forward.

I couldn’t disagree more. Your approach of helping these parasites and enemies realize the error of their ways presumes a common goal and respect for our institutional heritage. Nothing could be farther from reality. The core of progressives want nothing more than to rampage through the US institutions eliminating all vestiges of classical liberalism and replacing all of it with the modern bureaucratic western European state. The rest of them just want more free stuff and to punish those people who stubbornly refuse to give it to them.

Decades of propaganda have convinced a majority of our populace of any number of self-destructive tropes: the USA is a source of evil in the world, successful people are just thieves, modern society destroys the environment, world peace is just around the corner if we all just talk, only whites are racist, etc., etc., etc. As a result of all of this never-ending propaganda and indoctrination is a populace that believes in unicorns and fairy dust rather than reality.

And until reality becomes completely undeniable, these idiots will refuse to change their minds. Why on earth would I want to help our internal enemies maintain their fiction in order to keep the mob of moochers and haters complacent? Give them all what they want, good and hard.

For example, the debt? It lands on the younger generation, the poor, and minority communities. You know, the ones who turned out for Obama. And the inevitable inflation resulting from printing paper to pay for the debt? It lands on the same community. So let them learn by experience what they refused to learn from history. I will survive (and possibly prosper) in that world. Them? not so much.

Crime? As cities go bankrupt from corrupt union contracts, over-regulation, and loss of tax base the vital services will first be cut from the poor communities. I will survive that as well. Them, not so much.

Ignorance cannot be fought by protecting people from their ignorance and helping those who require ignorance in order to rule. #letitburn

I posted yesterday that

Romney left the GOP stage without blame, even with affection. That may change as the campaign is analyzed and missed opportunities become empirically evident.

My concern is already being validated with the revelation about the Rube Goldberg computerized get-out-the-vote.

Today’s Branco cartoon is fundamentally off base. As Pat Caddell (iirc) put it, this election was Romney’s to lose and he lost it.

I’m not proposing we waste energy by demonizing Romney, but it’s important to get the facts straight about the debacle.

The Obama and Romney figures were just the human “avatars” of the two political parties, but its kind of hard to draw a talking donkey in a Santa Clause suit.

1. The Obama and Romney figures were just the human “avatars” of the two political parties, but its kind of hard to draw a talking donkey in a Santa Clause suit.

I don’t dispute that being an effective political cartoonist is hard.

2. Right now I don’t have time to pursue the very worthwhile larger issue you raised. Maybe on another occasion.

3. To repeat, this election was winnable and our side lost it. Blaming the voters or blaming Obama only deflects attention from our side’s deficiencies, and it diverts our focus from the things we are able to correct.