How long did we have until the world reached Netanyahu’s “red line?”

Iran has made a significant advancement in its nuclear program with the completion of its underground uranium enrichment facility near the holy city of Qom, according to a report released Friday by a United Nations watchdog group.

The International Atomic Energy Agency report stated Iran has now installed all of the nearly 2,800 centrifuges it will use to enrich uranium at the Fordow plant, but not all the centrifuges are operational.

The IAEA also says Iran has increased its stockpile of both 5% and 20% enriched uranium, which can more readily be converted to a weapons grade level. Iran maintains its nuclear program is for peaceful purposes, but the United States, Israel and other nations contend Iran seeks to build nuclear weapons.

The Fordow facility was built into the side of a mountain, making it less vulnerable to attack. Israel has made it clear that completion of the plant could make it difficult to stop Iran if it decides to go ahead and build nuclear explosives.

In August, the agency reported that Iran had stepped up its production of high-grade enriched uranium and had relandscaped one of its military bases in an apparent effort to hamper a U.N. inquiry into its nuclear program.

The new report repeated the conclusion reached in August that “extensive activities” at the Parchin site are certain to have “seriously undermined” the agency’s verification process.

The agency is reporting that both transparency and cooperation with respect to Iran’s nuclear program is difficult to come by.

Many Western diplomats and nuclear experts believe the Parchin site has been secretly used to test high-explosive nuclear triggers, an essential step toward achieving a weapons capability. Iran denies that Parchin has any role in its nuclear program.

“The agency reiterates its request that Iran, without further delay, provide both access to that location and substantive answers to the agency’s detailed questions regarding the Parchin site,” Friday’s report said.

“Given the nature and extent of credible information available, the agency continues to consider it essential for Iran to engage with the agency without further delay on the substance of the agency’s concerns,” the report said.

The IAEA once again stated that Iran is not cooperating sufficiently with the agency for it to conclude that the country is conducting “peaceful activities.”

The agency said that despite its effort to step up talks with Iran, the nation has offered no “concrete results.”

The agency’s director general is, in turn, “unable to report any progress on clarifying issues relating to possible military dimensions to Iran’s nuclear programme,” the report said. 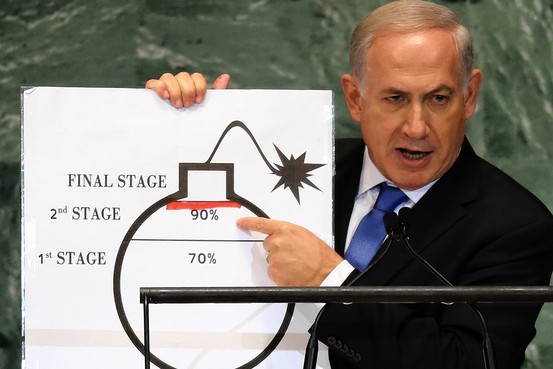 The destruction of America’s former allies fits nicely into Obama’s desire to bring America down. Obama’s plan is working.

Thank you Rick for putting in print what I’ve been SHOUTING at the TV for 4 years now: O’Blama HATES America, hates Israel, wants us all dead and out of the way. He is truly evil.

We can’t let Iran get a nuke. Netanyahu is right to do whatever he thinks necessary to stop them. He knows what in spite of the recent rhetoric coming from the White House, he will get know help from us.

What pains me is that I have know many Iranians over the years. They are all America loving, good people. When they rose up a few years ago, they got a brutal lesson in what’s become of America. We are not America anymore.

Those are the ones, the innocent, freedom-loving Iranians that I hate to see get in the way of the shit-storm that’s coming…..

The media is slipping. Nowhere do I find the word, “unexpectedly” which has been the norm in covering for the administration when the predictable happens.

There is a huge difference between “possessing a nuclear weapon” and “being nuclear capable”. Being nuclear capable means they a capable, in a short time, of building a bomb.Which means they could be stockpiling loads of parts, and not assembling them until some crucial time. They must be denied “nuclear capability”, which isn’t on the 0bama agenda.