The countdown continues with 8 days to go.

Today’s overseas Empty Chair photo comes to us from Scott in Estonia who writes, “President Obama and I had a fireside chat today over lunch about his foreign policy mistakes. I think he was trying to speak Austrian.” 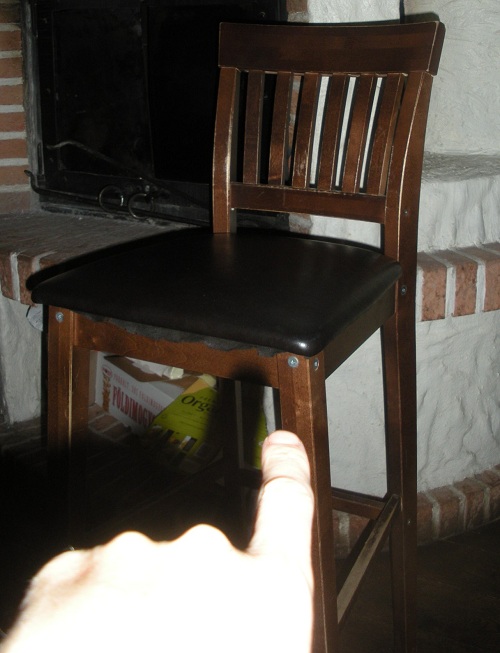 What can I say? This Empty Chair photo “made my day.”  Not only does Scott jab at Obama over his people in Austria speak . . . Austrian! gaffe (German, of course, is the official language of Austria), but he points out the teleprompter president’s inability to connect with the American people or to convince us to go along with his “fundamental transformation” as FDR managed to do in the 1930’s and early ’40’s.

And while certainly relevant on National Empty Chair Day, Scott’s point about President Stand Down’s foreign policy failures has never been more poignant than it is now, in the wake of the preplanned Benghazi terror attack.

I remember this one – I believe the Professor published this back on 9/11. Hmmm……..

Did he? Then that’s my mistake DINORightMarie. I must have missed that … but I hope that you don’t mind too much.

Not a problem at all – I loved it; especially since its shows me that someone from Estonia blogs here. 😉

Clould be they are discussing how all the Arabic translators are in Iraq & that is why the afghan war was doing badly.

“We live in Portage County in NE Ohio — east of Akron, north of Canton, southeast of Cleveland, and west of Youngstown — in other words in the very heart of the old blue-collar rust belt……
there are Romney and Mandel signs — a little more than even in the town and outnumbering O by about 4 or 5 to 1 outside of Kent. Funny thing is if you drive the roads outside of town in addition to the GOP signs you’ll see empty chairs in many, many front yards.”