Charge of the latte brigade

Charge of the latte brigade

“Offshore” Mitt
Emily’s List Stands for Women
Dressage? Give me a break!
Not a Republican (Really?)
Bin Laden is dead
GM is alive 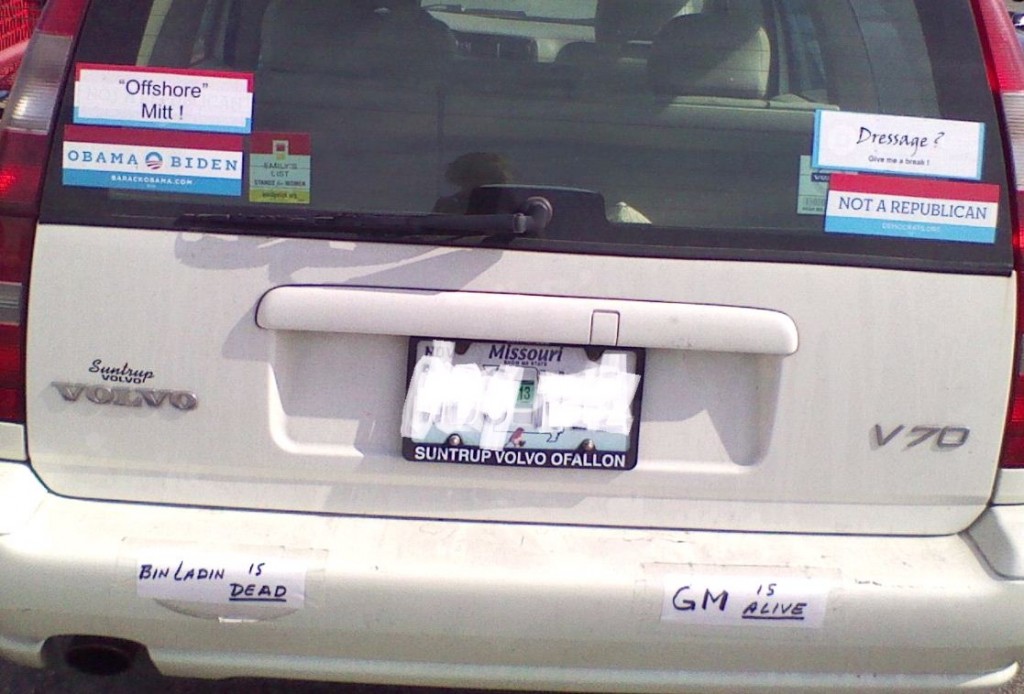 On a Volvo, no less.

On an “outsourced” car, no less.

Yet another great headline, Prof.

Anybody know a hard-core liberal that doesn’t want to abolish the military?

Brian Terry is dead, the UAW is alive.

This person is a walking, talking, living, breathing caricature of a typical American Leftist.

I’m sure that he/she/it wears tie-dye, Birkenstocks (with raw wool socks), wire-frame glasses and jeans with Designer Holes in them. In their home they leave copies of Proust, Kerouac and William S. Burroughs around as window dressing. They smoke pot, but never swag, because that’s what plebeians smoke. And, despite their virulently anti-Second Amendment stance, I’ll wager they have a handgun hidden away, just in case one of the unwashed should happen to show up during a hot-tub session or during a designer wine tasting. You know, one of those people.

I was looking for the bumper sticker on this car that said, “Driver is Stupid”. It’s missing, but you can still know it by deduction and logic.

Priceless…GM is alive on a Volvo yet. You just can’t make this stuff up.

Since the bumper stickers were home made, this person probably is receiving some form of government assistance that enables him/her to spend their time not looking for work and raging against the “evil system”.
Oh, the hypocracy.