Take this stimulus and shovel it

Take this stimulus and shovel it

For Your Collection. Spotted in the parking lot of a veterinary specialists’ office building in North Dallas. 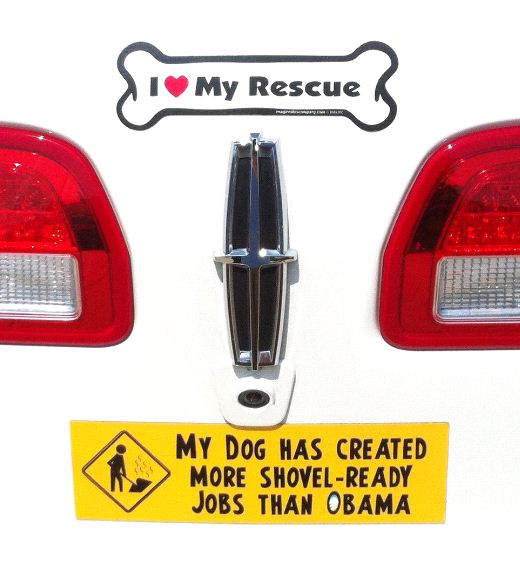 And cleaning up after Obama is going to be a whole lot more difficult.

Did Obama count that as a “green” job created?

Obama was barking up his so-called job creation policies in the Midwest yesterday…
Or as we in Michigan call it, south till you smell it and west till you step in it -Ohio

(This stuff sort of writes itself, dunnit…???)

The Dog that didnt Bark: Was posted outside the Hiring Halls for all the Shovel Ready Jobs.

Just had an evil thought for a political commercial titled “Land Shark”.

It starts with Obama on his bicycle stopping to take a breath. Then the “Jaws” music starts as the camera panned across the ground till it finally begins to head for Obama who frantically starts to run like a scared schoolgirl. As the camera is just about to Obama, everything stops.

Announcer: America deserves a President who can take on his demons.

Obama has created a debt-based economy measured in excess of 10% annually. This is not sustainable. Unfortunately, there is no evidence that the economy has every and could ever grow at anywhere near the replacement rate. When it collapses will result in a severe contraction of our economy, and its attendant consequences.