And this is the thanks they get

And this is the thanks they get

for all they’ve done for you?  You better hope the watchman doesn’t see this.

I saw this truck while driving to work earlier this week. I was stopped at the light, honest. Took the photos with my iPhone so the quality isn’t the best. The location is Frankfort, Illinois, in Will County south of Chicago. It’s mostly red (pink to red by my color scheme). 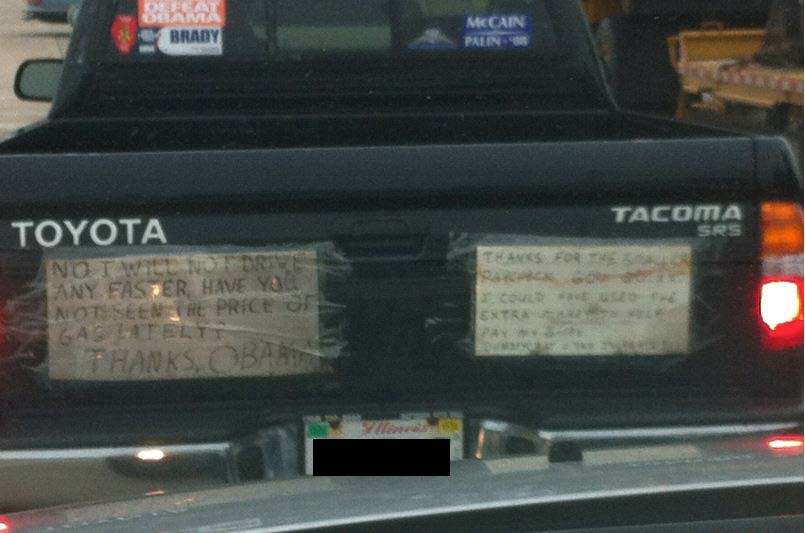 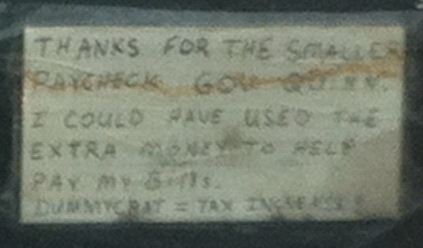 Had a yardsale this weekend and offered DVD’s for free at the end–only 2 left-Michael Moores Farenheit 911 and Bowling for Columbine. No one touched them.

Yeah, “you would think they’d be saying, ‘Thank you!'”

Your tax dollars at work:

“Affordable Care” means the guy with cancer can walk in and demand to pay the same as I’ve been paying for years, to get his $2 million in cancer care? Obama calls that “my FAIR share”?

Or in Obama language … “Your health care costs will necessarily skyrocket” … to bring about his dream of socialized medicine.

You have to break a lot of responsible people’s eggs, if you wanna make a communist omelet.

That card was creepy. How tacky, to use Mother’s Day to promote a political position.

Rather odd, considering how this administration, and this President, are stridently in favor of abortion on demand. This President, while in the Illinois legislature, voted in favor of allowing doctors to finish botched abortions once the baby was out of the womb. I would call that murder.

No one touched them.

A lost oppurtunity!   For free, I would have brought them home and used them for drink coasters.
.

Oh believe me we had alot of fun with those DVDs before we threw them in the trash!