When the Ivy League is all you know, Columbia is a country

When the Ivy League is all you know, Columbia is a country

The best and the brightest, writing about the Secret Service scandal in the country of Colombia consistently spell it “Columbia” like the University (h/t @BuzzFeedBen via @AlexPappasDC): 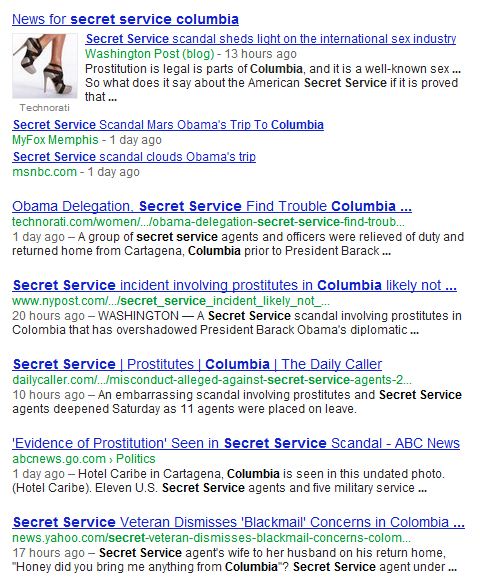 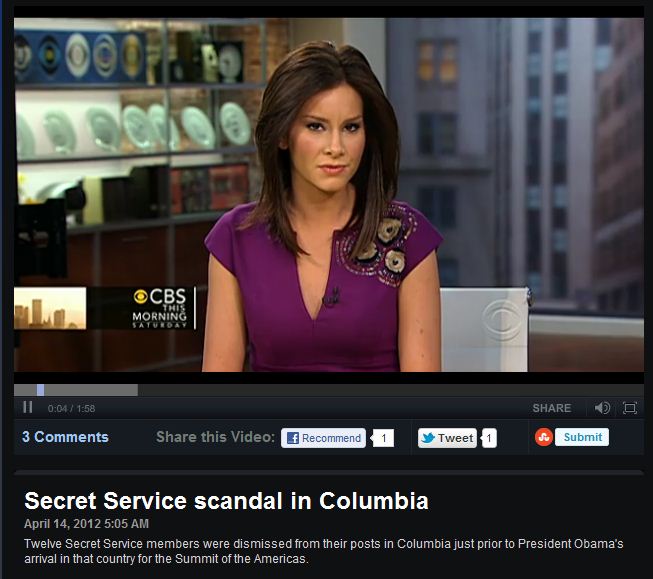 You know what…?
I think I may have done that once or twice recently too.

NeoKong, those are news stories, not casual comments.

But…but…but it wasn’t flagged by the spell checker! How could it be wrong?

I know some stay-at-home moms who have more proofreading ability in their little pinkies than these newsroom professionals.

I really don’t think that this falls under proof reading but rather reflects the general dumbing down of the populace. Just reading the Prof’s listed links hit me like a hammer.

Whatever it falls under, it’s inexcusable.

Every time I begin to commit to paper or pixel “columbia or colombia,” “affect or effect,” “capital or capitol,” etc., I pause for at least a nanosecond to check myself … and I’m not even some journalism professionl (Haha, whatever that is!) sending my words as official news into cyberspace perpetuity.

They’re going to bust Ann Romney’s chops for daring to listen to people and relate what they tell her to her husband … and maybe even show the audacity of being a stay-at-home mom forming her own opinions?

But they’ll repeat the same common error like careless lemmings. They might as well be using hot type.

But Luke there was a howler on the Universal Housewife post.

You guys let a poor housewife write …”Me and my husband ‘ without giving her some friendly advice.

She had umpteen likes -& now with that LI validation she is off proclaiming it to the world.

That’s about as bad as people who write “capitol” instead of “capital”.

¡Ay, caramba! (My Colombian coffee is speaking to me.)

It’s a common error, but it’s kind of inexcusable for news media reporting on a presidential trip to a country. I think it shows that they are just parroting each other without anyone doing fact checking. If they don’t catch spelling errors, what else don’t they bother verifying any more…

I hope it is ok to bring this up here, seems one of the best places to me.

Saturday I clicked to follow my democratic Senator on Twitter. Just because I wanted to know what she was saying,since in real life she is the master of keep your head down and the 1000 yard stare.

Since then I have been getting emails asking for donations. This one from Tom Harkin upsets me but perhaps I am naive:

Raise your hand if you think Supreme Court conservatives will vote their politics to decide the fate of our Congress-passed health reform law. You’re not alone! A new Washington Post poll found that fully half of Americans believe “the partisan political views” of justices will determine how they rule on the Affordable Care Act.

You know Republican-appointed justices on the Supreme Court have given new meaning to the term “judicial activism” in recent years. Bush v. Gore put a fellow Republican in the White House, and Citizens United allows billionaires and corporate special interests to pour unlimited millions into right-wing Super PACs.

Now, Americans’ health care could be on the brink of being subjected to this same “supremely” ideological treatment.

After the Right blocked President Clinton’s health reform effort, we had to wait nearly two decades for a new push by President Obama. We can’t wait 15-20 years more to reform our broken system.

The Affordable Care Act regulates commerce in the interest of consumers and taxpayers. It ends the practice of denying insurance to millions of Americans with pre-existing conditions. It will make coverage possible for more than 30 million currently uninsured. It saves billions of dollars. And it begins to transform our sick care system to a genuine health care system emphasizing wellness and prevention.

We can’t let Republicans – including those on the Supreme Court – drag us backward. We need to go forward, creating a reformed health care system that works not only for the healthy and wealthy, but for all Americans.

Never forget that spell check is useless when you correctly spell the wrong word.

Don’t tell me professional journalists might be on autopilot just phoning it in!

But the layers and layers of fact-checkers and editors should know this little fact, no? I mean, even I know that and get a little cautious when using these words.

When I was at Columbia there were a lot of Barnard girls who were quite sexually active, but I’d never have thought that prostitution was so rampant. Of course, I was always too broke to know.

And on another front, did you know that the UK and Brazil are fighting over the Maldives? Someone should probably let President Manik know.

Too late. I think Barry just handed them over to Argentina. Or tried to anyway. http://catallaxyfiles.com/2012/04/16/i-say-maldives-you-say-malvinas/

Thanks Jim . Ivy League gals get excellent rates as escorts even if they are ugly.

Can I keep the CBS Morning News anchorbabe after class for her misspelling? 😉

Maybe they spent too much time using what Colombia exports.

Can’t be as bad as using what Columbia exports.

It’s like “you’re.” People wouldn’t constantly misspell it if they pronounced it correctly: not “yore” but “yew-ur.”

Speaking of Colombia…..the AFL-CIO’s not happy with the prez.