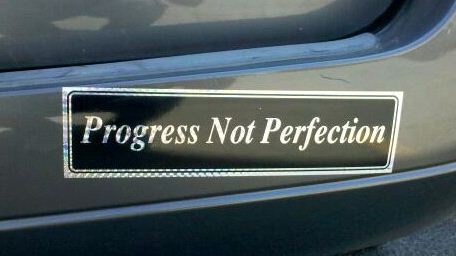 (Reuters) – U.S. Attorney General Eric Holder and Lanny Breuer, head of the Justice Department’s criminal division, were partners for years at a Washington law firm that represented a Who’s Who of big banks and other companies at the center of alleged foreclosure fraud, a Reuters inquiry shows.

“It’s only when you hitch yourself up to something bigger than yourself that you realize your true potential.”

Sounds like a quote from Barack Obama’s golf coach or Mooch’s travel agent.

If all of America would become familiar with the slogans of Alcoholics Anonymous, we’d all be better off. (Caps mine-)
“Many of us exclaimed, “What an order! I can’t go through with it.” Do not be discouraged. No one among us has been able to maintain anything like perfect adherence to these principles. We are not saints. The point is, that we were willing to grow along spiritual lines. The principles we have set down are guides to progress. WE CLAIM SPIRITUAL PROGRESS RATHER THAN SPIRITUAL PERFECTION.”

Always nice to meet another one of Bill’s friends!! 🙂

I was about to say the same thing! If the car has the circle around a triangle sticker, it’s definitely an AA reference (which I already suspect it is).

“Progress” would be a reversal of the damage that Obama has done to America.

No, the first step of progress is fixing the damage the Republiklans did to America, and have done to America for the past thirty years. It will take more than one administration and more than just a few years to address the harm and hurt conservatism has caused America.

Sure is funny how none of the GOP candidates are seeking Bush’s endorsement. And you all loved him so much. Now he’s just a pariah.

Hey Sushi- instead of occupying Wall Street, why don’t you occupy a spelling class?

Persecutor – if you’re referring to her misspelling of Republiklan, that’s just her demonstrating either not knowing history, or wanting to rewrite history.

Too bad Sushi doesn’t know the Klan’s history is deeply entrenched with Democrats, and the first targets of Klan activity wasn’t only against blacks, but against Republicans.

Might need to remind her of the 1924 Democratic Convention which William Gibbs McAdoo (Democrat) was the Klan’s choice, then there wsa Dabid Bibb Graves – Democrat Gov, Thomas Hefner, Democrat Senator, and if Klan Democrats as Govs and Senators wasn’t enough, there was Hugo Black, Klansman, appointed by Democrat demigod FDR himself.

So…maybe it should be “DemoKKKrat”? Seems the history is there.

DocWahala – if there ever was a political party that still wants to hold down an entire race, look to the Donkey.

Was Rutherford B. Hayes unavailable for criticism, too busy looking back or something like that?

and “….a law like that has not been overturned [pause] at least since Lochner, right? So we’re going back to the ‘30s, pre-New Deal.”

Blame Bush, that’s why caterpillars are not on Mt. Rushmore!

In the upcoming election we will see how many democrat candidates want to be seen in Obama’s company. Barack’s coattails will morph into an albatross around his neck.

On the other hand…

Luckily for Barry he can count on voters in 57 states, all he has to do is hop on the intercontinental railroad. Fortunately, Barry is fluent in Austrian which will help in communicating with voters in those 7 extra states.

Also, he’s done such a great job of spreading the wealth around I’m sure several retired Navy Corpse-Men will invite him to beer summits because as you know, if Barry had a son he would look like many of Barry’s voters.

Everyone knows of Mr. Obama’s respect for Special Olympics bowlers, I’m sure he has planned several campaign events at bowling pin manufacturers so he can pal around with those religious gun clingers who are praying for higher tax rates on their neighbors, but not themselves.

One of the most inspiring things about President Obama is his post racial attitude and commitment to racial healing. You know, his Grandmother was white and although she acted like a typical white person on the street he doesn’t blame her for that because he knows that’s something bred into all white people. Maybe he will have a beer summit in Utah and to solve that problem since it is a stop on the Intercontinental Railroad.

I know that George H. W. Bush, Jeb Bush and Karl Rove have endorsed Romney. Not sure about W, though.

How’s this for “progress”:

What does Progress mean in the liberal lexicon? It’s what Progressives seek. Progressive a cover word for…all the groups on this map/chart/diagram:
http://directorblue.blogspot.com/2012/04/definitive-leftist-family-tree.html

Drats. I guess that means we won’t have Utopia this year. But we can still celebrate Festivus!

Sort of an ironic message since the bumper sticker was placed on the car rather crookedly.

“Change is easy; it is improvement which is difficult” Ferdinand Porche

He stuffed a banana in his mouth, horizontal, then tried to whistle Dixie. And the LSM swore to us that he did. They played name that tune and called the game won before we had a chance to play.

You don’t tell us people of the world that you’re gonna unite us, that you’re gonna walk on the water, raise the dead, and feed the multitudes, and then tell us your mud pies is a huge creative act. A man esteems himself like God, he’d better back up his own good opinion with Godlike deeds.

This one probably isn’t displayed as a political message.

Its an advert for the liberal dating site

For what it’s worth, I believe Arby’s is owned by Wendy’s.

Progress toward their nirvana means winning the war against capitalism, and prying the guns and religion from the bitter clingers’ fingers.

Obama will have more flexibility if he is reelected and doesn’t have to worry about poll numbers.