Why should I want less if more is free?

Why should I want less if more is free?

As an aside, ever notice how libertarians love to self-righteously pat themselves on the back?

Thanks to reader Bill, who spotted this vehicle in Evans City, PA, and writes:

North of Pittsburgh. As a long time reader I enjoy your work! Keep it up! 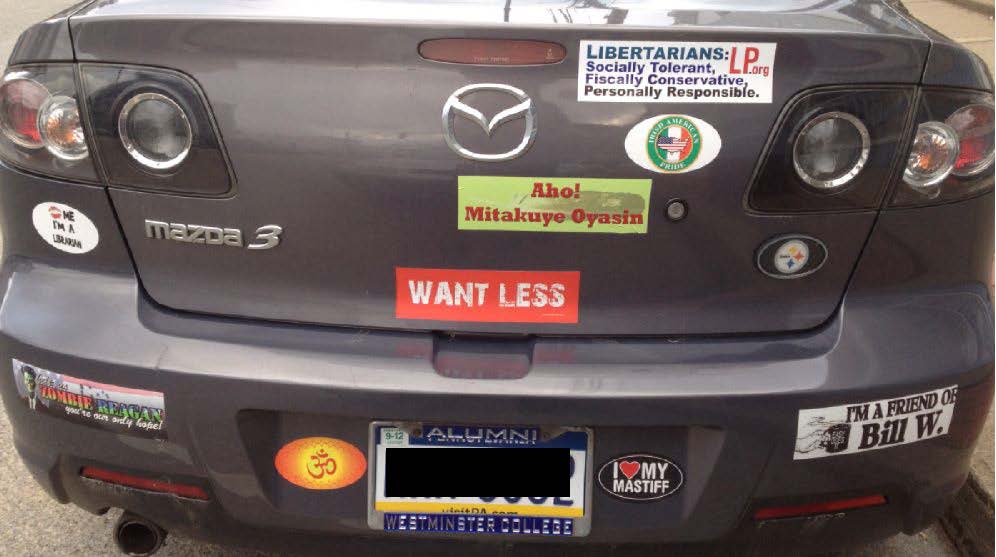 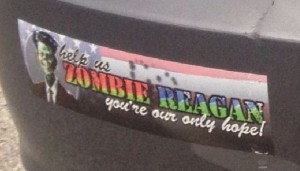 Not exactly. They hate social conservatives with a white-hot passion.

Watch out for the theocrats and fundies! They don’t want to pay for abortions …. or something

“One thing that must be made clear in post-Watergate is this: The American new conservative majority we represent is not based on abstract theorizing of the kind that turns off the American people, but on common sense, intelligence, reason, hard work, faith in God, and the guts to say: “Yes, there are things we do strongly believe in, that we are willing to live for, and yes, if necessary, to die for.” That is not “ideological purity.” It is simply what built this country and kept it great.

Let us lay to rest, once and for all, the myth of a small group of ideological purists trying to capture a majority. Replace it with the reality of a majority trying to assert its rights against the tyranny of powerful academics, fashionable left-revolutionaries, some economic illiterates who happen to hold elective office and the social engineers who dominate the dialogue and set the format in political and social affairs. If there is any ideological fanaticism in American political life, it is to be found among the enemies of freedom on the left or right — those who would sacrifice principle to theory, those who worship only the god of political, social and economic abstractions, ignoring the realities of everyday life. They are not conservatives.”

Even with Reagan, there was the “purity attack” we so often hear in today’s poltical discourse.

My question is this, if Libertarians knew Reagan brought social conservative into the fiscal conservative fold and successfully built a sound party built on sound principles serving both economic and moral issues then would they think like proggs that Reagan was a theocrat?

How about Watch out for the Fundies, they have a social agenda they’d like to shove down our throats?

They do. That their agenda is different than the Progs is immaterial: they still want to inflict their agenda on us for our own good. And that is exactly like the Progs. In fact, the last time those two groups hooked up, they gave us Prohibition.

For our own good. How’d that work out?

They’re a fan of Stoaty Weasel (www.sweasel.com) and a recovering alcoholic.

And yes, Libertarians sometimes do have that annoying tendency, no matter that I’m inclined to agree with them often.

Given that he’s this pointedly libertarian, I’m quite positive we don’t want to know HOW he loves the mastiff.

(The old saw at least used to be that if you dropped your wallet in front of the CATO Institute, kick the wallet over to the Brookings before bending over to pick it up. YMMV.)

Actually, I like the bumper sticker. We have the media 24/7 barrage saying we can’t live with this and that. Wouldn’t it be nice to escape the onslaught? We are told that our economy would completely collapse.

As for libertarians hating social conservatives, I couldn’t agree more. Run over to Reason.com and see the bashing fest go on non-stop. We are so smart. We atheists! We are for gay marriage. We ignore that the supporters are the worst thought policing fascists who get people fired from private jobs for holding centuries old beliefs and religious convictions.

The can grind their axes after the Republicans sweep out the Dems in 2012.

Well, if my eyes aren’t totally failing at this point, I believe that’s a Westminister College license plate frame, which is interesting because today is the anniversary date of when Winston Churchill referred to the Soviet Union’s sphere of influence in Eastern Europe as an “iron curtain” in a speech he gave at that Missouri college in 1946.

Good pick up. That is sad that an alumnus of the college so well known for honoring the great Winston Churchill would be dissing the other great 20th century defender of freedom, Ronald Reagan.

This is why I struggle to call myself a libertarian. I’m pro projection of US power because showing restraint most often causes war instead of preventing it. I’m perfectly fine around social conservatives, though I doubt they would count me among them. Abortion makes me very squeamish though I’m at a loss of what to do about it. I don’t have strong feelings on gay marriage, but I understand why some people do.

I feel like I’m not brazen enough to be a true libertarian, though we agree on the big picture. The main problem I have is when anyone moves from intellectually honest debate to belittlement, which seems to be the impression many here have of them. I want to move incrementally towards a more free society because I feel small steps is the only way to make a big difference. I hate Ron Paul and despise most of his strong supporters. Yet despite all this, I feel libertarian fits me better than ‘conservative’ because, in the end, I want everyone to be able to make any choice that doesn’t directly harm another and then be held responsible for any harm that is caused.