Jon Huntsman will withdraw from the race tomorrow and endorse Mitt Romney:

Jon Huntsman will withdraw Monday from the race for the Republican presidential nomination, campaign officials told The Associated Press on Sunday.

Huntsman will endorse Mitt Romney at an event in South Carolina, the officials said. Huntsman believes Romney is the best candidate to beat President Barack Obama in November, they said.

In an interesting move, Huntsman already has turned “private” on YouTube his anti-Romney ads, which were devastating, such as Mittstant Replay (image via Elect Ad): 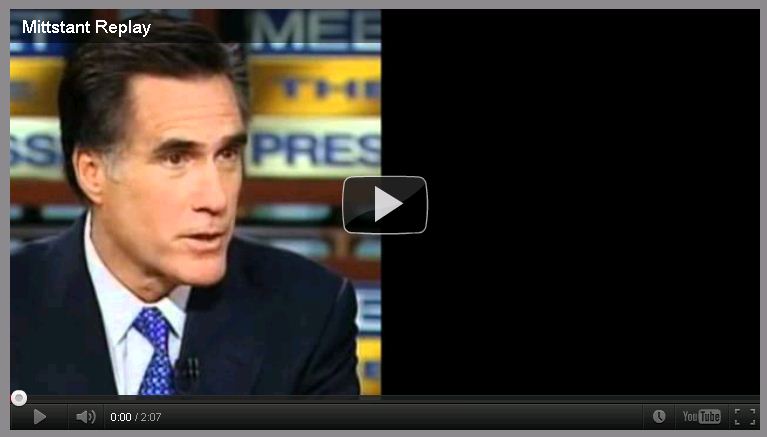 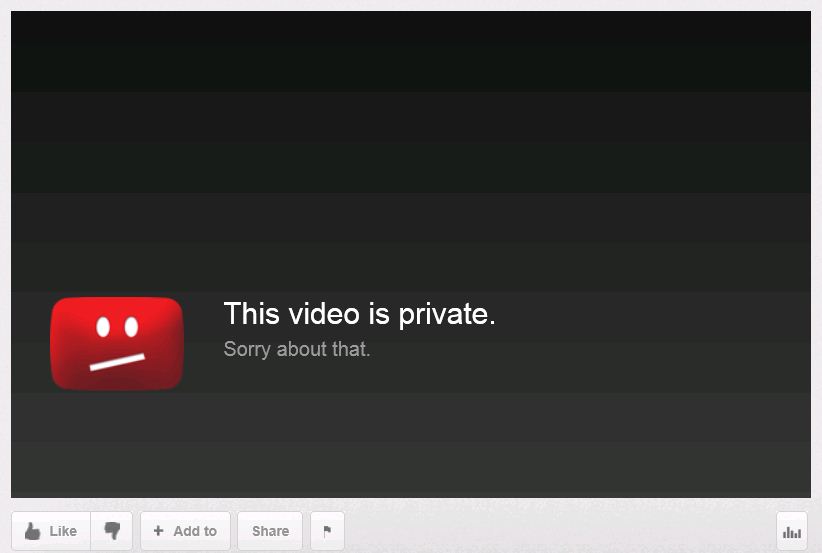 Update: Elect Ad is in the process of loading all the Huntsman ads to its own server to overcome the YouTube take down.  Mittstant Replay now is viewable.

Scooped you in the comments section of the previous post, by about three minutes, professor! 🙂

I never understood why Huntsman stayed in after New Hampshire anyway.

Poor Huntsman doesn’t realize that just because you delete a video, or make it private, the internet never forgets… These things float around forever! I’m sure some enterprising individual already has them saved for later…

On a side note, I hope one of the NotMitts snaps up that agency that made those videos… They were the only good thing to come out of the Huntsman campaign!

Internet never forgets? How about some working links to his videos?

Wish I had ’em… With any luck, there’s someone who had forethought to download his vids before the plug was pulled…

The MSM pundits will lament his going as an unfair result of unfair attacks by stupid conservatives.

And why am I not surprised?

What about “The State” and their endorsement of Huntsman?

The way Mittens whips out cash at campaign stops, I assume the Brinks truck has already been by the Huntsman residence

What a lamentable waste of tea party credibility!

One of these days, Ron Paul needs to explain why his 1990’s era newsletters contained some pretty nasty racist articles and why he doesn’t admit his past association with those racists. For whatever reason, many youngsters seem to like Paul’s message but what in fact is his message except perhaps it’s OK to be a sub rosa racist? But I do disagree with that strongly! Racism in any form is wrong and must be fought.

Still feel that Newt needs to pull one out in SC and hopefully push Mitt down to number 2 or lower.

Pray for our country otherwise.

File this under Reason #4362 why I will not be voting for Romney.

Not even in the general election against Obama?

We’re watching quite a phenomenon unfold: the near-total groupthink meltdown of a political party’s establishment class. Such collective idiocy didn’t come cheaply — a whole lot of people paid a whole lot of money at the finest schools in America to be this stupid.

Huntsman was an idiot. He could have ran as the candidate that would implement the Simpson-Bowles deficit plan if elected. Instead, he made jabs at the “cranks” in the party. I assume he meant the Tea Party.

With his resume reflecting foreign policy cred as an Ambassador to China, he could have neutered Obama’s attacks across the board. He could have then spent 2 years pounding Obama on economics and foreign policy. He should have already known that nobody liked Mitt, and that Paul was a crank. The spoils were his for the taking.

Sometimes, a person can really outsmart themselves.

Lets be real here. The guy was born was a silver spoon in his mouth. He never really actually had to work for anything. Never had to fight. To think he woulda coulda shoulda been some political savant thinking 4 steps ahead is laughable.

I think this only helps Newt and Paul. Perry is toast and Santorum never was anything anyway. Another Not-Romney to choose from. His endorsement of Romney is telling though. What was he promised or how much? It will be interesting to see what Hunstman’s campaign staff does. What’s the over and under that they go to work for Romney? or more precisely…they keep working for Romney?

Other than in NH, Huntsman’s base is too small to really ‘help’ anyone. I think his supports will go to Romney and possibly Paul, but it will be insignificant to either campaign.

I will certainly miss you in the debates though. You were like a free subscription for Ambien.

Err, prescription. Unless Ambien is now putting out a magazine full of boring articles that you leave by your beside and partake of each evening to aid in a full night’s rest.

Helpful post, Professor. It’s puzzling how Huntsman could know of these flip flops, then endorse the flopper. Cognitive dissonance…

It’s alarming Mitt complained to Brett Baier the interview was tough. If he really did complain, he sure ain’t ready for the brawl coming his way from the dems. Mitt’s too soft for politics. And Gingrich is tender,too, pouting all the way.

Knowing what I know of Romney, it is going to be really hard to push out the chad for him next November. This crop of politicians we have to choose from is really pathetic.

I am also not happy with the ones that are running. I think Mitch Daniels, Mike Huckabee, Paul Ryan, Jim DeMint, and Jeb Bush (and maybe others) all would have been preferable to the ones we have.

Alas, they didn’t run, so we have to pick one from the list. Any of them would be better than Obama.

Another apropro headline for this event at P&P:
Huntsman drops out and endorses Perfectly Lubricated Weather Vane.

The question as to Huntsman’s future is…. CNN or MSNBC?