I guess it depends on the meaning of “having your back”

I guess it depends on the meaning of “having your back”

Posted by William A. Jacobson Thursday, December 1, 2011 at 07:00am 7 Comments
More Sharing Options 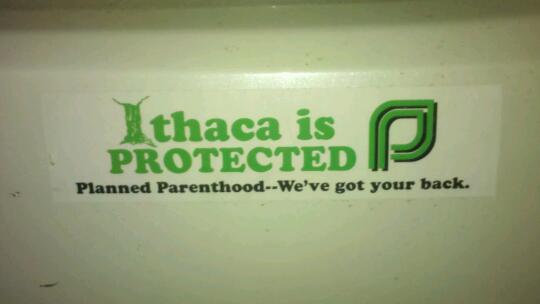 don’t you get it?
its literal.
they actually rip a spine out of you and take it.

… unless you are an unborn fetus.

Shouldn’t it be: “Planned Parenthood…When you’ve been on your back”

That’s good. Because, as we all know, what follows is both unpredictable and poorly understood.

It’s ironic that this group also claims a superior adherence to the natural order as evidenced through sentience. Maybe its not merely a matter of differing perceptions, but there are, in fact, two different and simultaneous realities.

In any case, society should make every effort to challenge and end the artificial termination of human life, especially before it is capable of expressing its will. The goal is for men and women to accept responsibility for the predictable consequences of their voluntary behavior.

In brazilian jiu jitsu, when one has your back it means the next step is choking you unconcious or breaking your arm.

Protected from any “Punishment” you may incur by your hedonistic lifestyle.