Ah, the choices we must make

Ah, the choices we must make

Thanks to reader Brian who writes:

Enjoy your blog very much, professor. 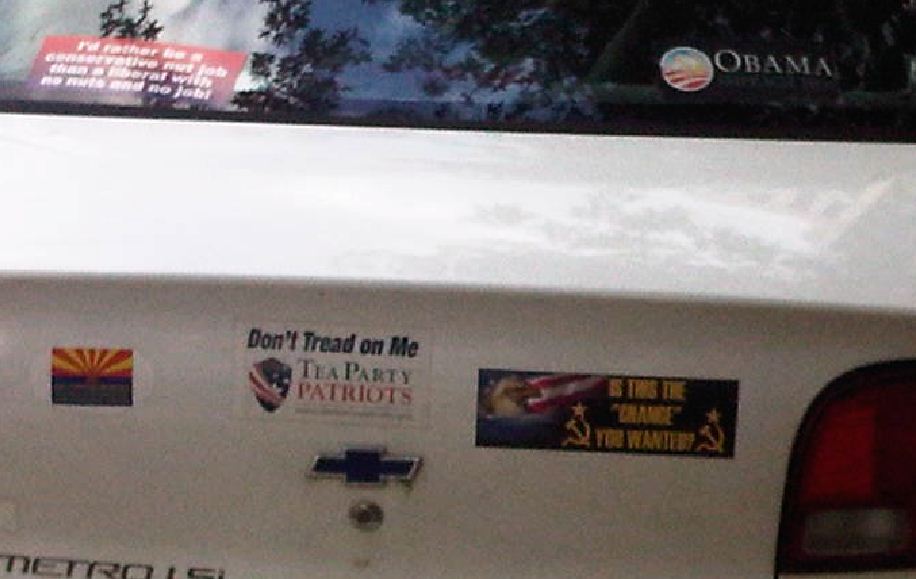 That is great! Arlington is very liberal/leftist/progressive, but there are LOTS of defense-related personnel, contractors as well as ex-military, in the area, too. The Pentagon is there, after all. 😉

The problem, as with so many urban areas, is that leftists have moved in and bought up so much real estate. They dominate because they are organized, and have seemingly followed the plans explained by Soviet defector and KGB agent Yuri Bezmenov, if you believe him.

Hopefully, for every brave ONE, there are MANY more who, like my husband, don’t want to reveal political views on a car.

Brave person in Arlington, I salute you!

I like the AZ state flag sticker as well. Either an expat Zonie or an AZ supporter but the person sure does wear their political stripe openly.