Posted by William A. Jacobson Thursday, September 1, 2011 at 07:00am 13 Comments
More Sharing Options

That’s what the driver of this car would have to do if not for big bad oil.

Thanks to reader Joseph, who writes:

I noticed this in a Jacksonville Beach parking lot as I was on my way to catch some waves from the hurricane after a Michele Bachmann event. Apparently they believe oil isn’t the answer to anything.

I wonder if they use any of these products on a daily basis:

I bet they do. 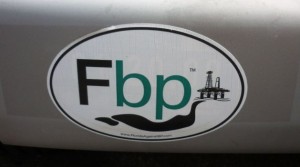 As being one of the few who still makes sense, can you please explain to me and others why we Americans should not be outraged that Obama’s aunt and uncle, with illegal alien status, can both have a valid ssn number and receive benefits from a system that I have paid into for more than 30 years and of which I will probably never see a dime.

I can’t be the only one…elspeth

This reminds me of one of my favorite Ann Coulter sayings: “Why not go to war for oil? We need oil. What do Hollywood celebrities imagine fuels their private jets? How do they think their cocaine is delivered to them?”

The hypocrisy just doesn’t seem to be understood by these “oh, so smart!” types. “Ooooooh, sharp!” “Brilliant!” “Clever!” – NOT!!

I might have dumped a puddle of oil beneath the car and left this note on the windshield: “I see your sentiments on the bumper and could not agree more. Do you know there used to be evil oil in your engine’s crankcase?”

In my dreams I keep thinking there must be something that would satisfy these people. We simply cannot keep thinking that we can mix magic beans with water to satisfy our energy needs and replace oil as the raw material from which so many things, including pharmaceuticals, are made.

Is it not abundantly clear that wind energy is all but a total farce? The amount of wind mills needed to meet even a paltry fraction of our energy needs would occupy nearly every square inch of the planet. That and taking them constantly on and off line requires very expensive transfer switches and very expensive modifications to the grid. The green crowd complains about how unsightly oil platforms are, and yet most of them are located where no one can even see them. If you have ever driven from LA to Palm Springs, you can see that what was once a beautiful and tranquil landscape has been transformed into a maddening assemblage of frenetic kinetic sculptures which have totally destroyed the character of tranquility of a wide stretch of land.

Is it not true that ethanol requires more energy to produce then we get from it? Has ethanol not made the price of food soar because much of the land previously used for crops is now used for corn for ethanol and that the farmers who grow it wouldn’t break even if they didn’t get a subsidy from the government?

While I am not against research to develop alternative forms of energy, who doesn’t see the handwriting on the wall that nuclear energy is the answer to the question everyone is asking? If packaged nuclear reactors, like the ones used in Navy ships, are employed to meet our electricity needs, we will have abundant, and safe (due to their reduced size) energy for several more generations until alternative energy forms are developed and made commercially viable. Research dollars spent on developing magic beans would be more prudently spent on developing ways to treat nuclear waste to render it harmless.

The above noted, the Green crowd continues to fantasize about clean and green energy as though it will be soon available and plentiful. This nonsense simply defies reality. Then again, the facts not withstanding, liberals still think that by giving poor people money, they are “helping” them to have better lives. Damn, the facts must really piss them off. But then again, when have they ever been prone to sensibly deal with reality?

The above noted, the Green crowd continues to fantasize about clean and green energy as though it will be soon available and plentiful.

Part of this, I believe, is because such energy sources have long been referred to as “alternative” rather than what they really are, which is “supplemental”. So there is a whole generation of Greens who think that only political will stands in the way of obtaining the magic beans.

Petroleum Interests are preventing politicians from simply flipping the switch. Those nasty republicans are hiding the magic beans from Obama.

See how easy that is? That way your average Green can continue to use their coal-fired electric clothes dryer and drive about town in their gas guzzler (which I define as anything getting under 50 mpg…I mean, such cars have been available almost since Carter’s days, fer chrisake. If that’s your interest there’s no reason NOT to have one) without taking ANY personal responsibility outside voting for the right candidate.

I believe most of them pull the D lever then dust off their hands. “What more can we do?”

These bumper stickers should be pasted on a bicycle; Displaying them on one’s gas-powered combustion engine vehicle is an example of supreme cognitive dissonance. I am sure the owner has no clue as to the irony.

Let’s see … offshore drilling is “not the answer” (just like war was not the answer to Nazi Germany and Imperial Japan), but Obama made clear in comments when he was in Brazil that he was keen to buy oil from Brazil’s deep-ocean drilling Petrobas.

So, it seems that simply “American jobs are not the answer.”

Awww … it seems electric vehicles might not be the answer, either.

Ohhh … and as Solyndra Solar shows, green jobs are unquestionably not the answer!

LukeHandCool (who demands some answers for the Prius crowd).

I don’t understand how there is cognitive dissonance here, it’s perfectly rational to hold both the position that we should not drill for oil in the ocean and that it’s ok to drive a car, because there are other sources of oil. I don’t agree that we should ban offshore drilling, but it’s logical to hold both of those positions.

I agree it would be stupid to ban off-shore drilling, my point is simply the validity of their argument while driving a car. I don’t think we should ever let ourselves get lulled into making unfair attacks against the other side, those unfair attacks help them, and there are soooo many fair ones to make.

Agreed. One of my favorites arguments against drilling here in Florida is the argument that offshore drilling will ruin our beautiful beaches (they are beautiful, by the way). And ruined beaches will hurt the tourist industry.

But…the tourist industry (and tourism in general) is HUGELY consumptive. Think of the infrastructure involved in just getting people here not to mention getting them from the airport to the beach and housing and feeding them while here. And it is all largely frivolous and unbelievably wasteful.

But tourism is a sacred cow in Florida. So best not to mention another coastal parking lot or beach condo.

The end of the green movement has begun. We must remember these historic times so we can tell our grandkids about them. Not only is LukeHandCool spot on about the folding of the Green Car Company and Solyndra, but now Prius has jumped the shark. It may take a little while for this seachange to be noticed by myopic progressives, but those of us who’ve been around to see Detroit’s fall from glory all understand what happens when the brand goes “bigger”. It is the beginning of the end. Sela.