Flash in the Pants

Flash in the Pants

Isn’t that what got him in trouble?

That’s all this is.  Irrelevant nonsensical measurements of supposed “authority” using some unknown computer formula which is the equivalent of “voodo blogometrics.”  Forget I ever mentioned it.  It will be gone in a flash. 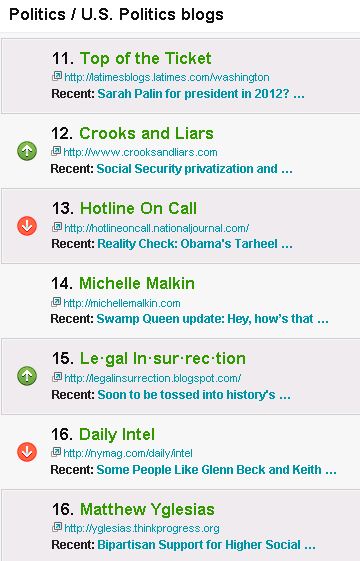 Kudos, Professor. While it lasts….. 🙂

Wow! This is your highest ranking since the Great Depression isn't it?

Hey…I think that's the post about the picture I sent..he he…

I'm out looking for snarky bumper stickers & stop lights, camera phone at the ready . . . I'll be back!

As a Liverpudlian named John Lennon used to say to his, at that time, fellow unknown band mates:

John: Where are we going, fellas?

Band: To the top, Johnny!

Band: To the toppermost of the poppermost!

LukeHandCool (who hopes, in the Professor's case, it's the toppermost of the bloggerposts … as he doubts the Professor is much of a crooner … and imagines his Scouse is also quite laughable).

That's odd… I was entirely expecting another Weiner post. I was, thankfully, wrong.

This is a center right country, and that will be reflected in truth, if truth is to be found anymore.