What Is Wrong With These Pictures?

What Is Wrong With These Pictures?

Posted by William A. Jacobson Tuesday, February 8, 2011 at 07:30am 2 Comments
More Sharing Options

Personal and national debt burdens are moving in opposite directions (charts via Bubble Meter, one of my favorite blogs). 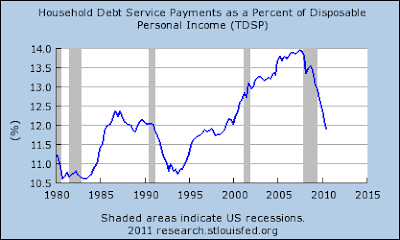 Contrasted with federal budget deficit as percentage of GDP: 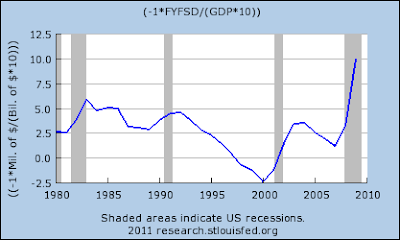 One shows fiscal restraint and personal responsibility while the other shows the opposite. At least one group is living in reality land.

My sense is that the aggregate numbers regarding households mask some very disturbing numbers in specific areas or regions of the country, and in that sense do not really represent anything meaningful about the financial stability of American households in general, other than as a representation of a largely compelled change in personal behavior over the past few years.

Consider, for example the following data from an article in USA Today, the county-by-county data of which was compiled by an organization called, CoreLogic.
The lists demonstrate quite vividly the huge differences among various areas of the nation, with the West (and it looks like several areas of Florida) still in the tank as a result of real estate value problems; and the devastating consequential effects those must be having on individuals, households in the hardest hit areas (and, on financial-related institutions whose reach obviously extends beyond theose areas).

Bottom line of the article:

""At least half of homeowners with a mortgage owe more than their homes are worth in 17 of 386 U.S. counties.".

(p.s. — Clark county is a large county, about the size of NJ, which includes the Las Vegas Strip.)

Overall, the bottom chart you posted illustrates that government at all levels has the ability to both tax and borrow at high levels of irresponsibility, ones that far exceed anything an individual can do, and, secondly, that they simply had not gotten the message prior to the election of 2010 (the lower chart ends some time in late 2010).