Photo below sent by a reader in Arlington, VA, which apparently has a large Green Party contingent.

Some of the true believers have recognized that the change thing isn’t working out as people expected.  The old slogans were:

Change We Can Believe In

The new slogan is:

Change Can Be Good!  Really, we mean it!  Ignore your lying eyes!  This is all so unexpected!  It’s Bush’s fault! 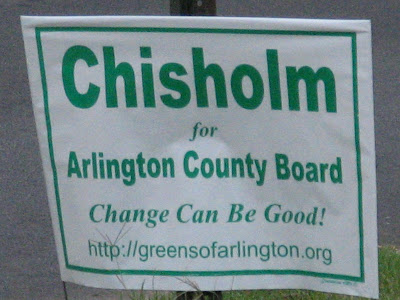 Update:  Probably should have titled this post “Change We’re Having Trouble Believing In.”

Hmm, Obama and Co. want to guard the change……but some of us prefer to change the guard and on a regular basis. How very vulgar, stupid, clueless and classless of us.

Maybe something a vote for a green will get you a watermelon.