I have posted before about the idiocy of playing the race card not based on the words actually used, but based upon the sound of the words, “>“Jew Hear The One About The Black Ho?”  (Added:  Also see my posts, Is “Gobbledygook” Racist?, Is Rhode Island’s Name Racist? and Black Friday)

Because, as posted by Anne at Backyard Conservative,  Democrats in Illinois are in an uproar because Republican Senate nominee Mark Kirk used the word “jigger” in connection with expressing concern about election fraud.

Jigger sounds like that other word, so Kirk is being accused of racial insensitivity.  As reported by the local ABC station (emphasis mine):

Republican U.S. Senate candidate Mark Kirk is drawing some criticism for a remark he made to fellow Republicans about the upcoming election.

Kirk did not know he was being taped and certainly did not expect the recording to end up on YouTube. Now, Democrats are demanding that Kirk explain himself and apologize to African-American voters.

The Kirk campaign confirms the congressman was secretly taped this week while telling state Republican leaders about his hiring of a voter integrity squad to concentrate on four regions that happen to be areas populated by large numbers of African-Americans who vote heavily Democratic.

“These are lawyers and other people that will be deployed in key, vulnerable precincts, for example, South and West sides of Chicago, Rockford, Metro East, where the other side might be tempted to jigger the numbers somewhat“.

“For him to insinuate that there is some vote fraud going on in these communities is just an insult to the hundreds and hundreds of people who serve as election judges on elections. I find it disgraceful and insulting,” said Ald. Freddrenna Lyle.

Lyle, a Democratic Committee member and an Alexi Giannoulias supporter, and others were offended by Kirk’s use of the verb “jigger” when talking about regions heavily populated by black voters.

The Merriam-Webster dictionary says “jigger” does mean “to alter, re-arrange, or manipulate” and has been used by many politicians to describe election fraud.

“The problem I had is that it sounds so much like another word,” Rev. Albert Tyson said.

This does remind me of when another famous Illinois politician used the word jigger in reference to a black man being suspected of committing a crime:

What’s been reported though is that the guy forgot his keys, jimmied his way to get into the house. There was a report called in to the police station that there might be a burglary taking place. So far, so good, right? I mean, if I was trying to jigger into — well, I guess this is my house now, so…(LAUGHTER)… it probably wouldn’t happen. But let’s say my old house in Chicago. (LAUGHTER)

What is it about Illinois and the racial insensitivity of its politicians?

Maybe it’s time for them to “rejigger” their verbiage.  I mean, if even Time magazine (image via Instapundit) uses the word “rejigger,” it wouldn’t cause a problem, would it? 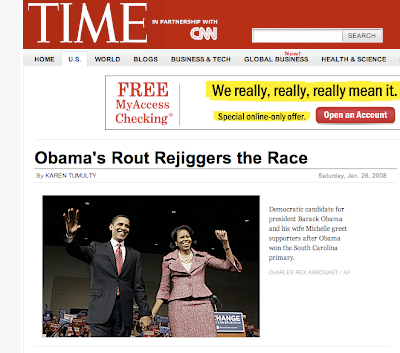 Oh yes it would, because Time rejiggered its “rejigger” headline to avoid being accused of racism: 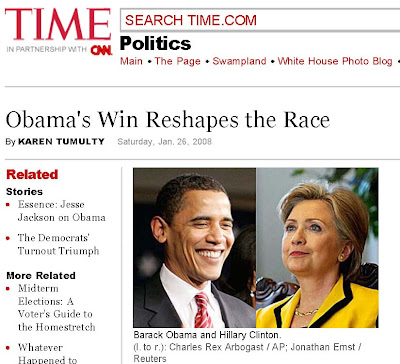 We can’t jigger or rejigger.

I guess I don’t care, so long as they don’t take away the Irish jig.  On second thought …

Quite a find on those other quotes:)

What about Tigger? Can I still watch Winnie the Pooh?

As a Rockies fan, I'm offended with the use of a Red Sox video…

From dictionary.com
jig·ger /ˈdʒɪgər/ Show Spelled[jig-er] Show IPA
–verb (used with object)
1. to interfere with.
2. to manipulate or alter, esp. in order to get something done illegally or unethically: to jigger company records to conceal a loss.

So if you're a Democrat always trying to dig up ridiculous race charges on your opponent, then that makes you a digger which makes you racist. Or if you're a ditch digger or a grave digger or a gold digger… Lots of chances to write racism into those.

What if you're BIGGER than the other guy? RACIST!!

And that racist cartoon character who bounces around Winnie The Pooh…

Tigger is a racist stereotype. Shame on A. A. Milne.

Some people are niggardly with the English language.

Anyway, if you were waiting for someone to have a controversy dumber than when that guy said that Barry was being niggardly, yep, this qualifies.

So remember, if you are talking about a black man, do not say the following terms:
Bigger, digger, outrigger, Tigger, chigger, rigor, trigger, vigor, Arnold Schwarzenegger…

So you really want to avoid saying this. “Did you know that they are going to make a new live action Winnie the Poo movie? Yes, it will be called ‘Tigger, with Vigor, even Bigger!’ And who did they case as Winnie? Arnold Schwarzenegger, who will be paddling an outrigger, with vigor, complaining that he has been infected with chiggers, from having been a hole digger.”

Meanwhile democrats are gratuitously referring to the republican running for governor of new Mexico as a Hispanic, and no one cares. http://allergic2bull.blogspot.com/2010/10/so-how-is-this-not-dog-whistle.html

We still have three weeks to go yet. By election day rhyming words will almost seem a legit attack. Next comes the moderate (read sane) Republicans who will have to endorse Giannoulias because they can't support the racist Kirk. Dems are getting pretty predictable by now.

I have a niggling feeling that we'll be seeing more of the race card.

There's also jiggaboo.
In the context, it's a borderline call…

guess i'll have to clean out my workshop. get rid of all the jigs that i use in my woodworking.

What on earth will I measure my whiskey in now?

You people need to be a bit more niggardly with your examples.

Dang it, y'all used up all the stupid puns I was going to make!

I'm going to pour myself a couple jiggers* of vodka now….

Once, on the banks of the Rappahannock River in in Northern Virgina, my husband and I fished. Two quite young black children joined us at the river's bank as we fished. I greeted them warmly.
While fishing, I exclaimed my bobber was 'dong a jig.' The children ran away to return later to throw stones into the water where we were fishing. Inquiring why they did that, I learned they were offended. I hugged and kissed them and explained the meaning of an Irish jig.

You can ask my twitter friends @ArleneArmy, and @diesel_lady AKA Asia Reeves, and Butterfly1 at Youtube and iReport, a liberal. I love people for who they are, not for what they are. And, Professor Jacobson? I love him like a brother. I am not 100% Caucasian. I am 25% native American and have felt the slings and arrows of bigotry, yet I, like Professor Jacobson, feel the surge of conservationism.

Conservatism is not a race or religion; it is a political mindset. When they come for the Native Americans and the Blacks and the Jews, I will be standing proud with my Conservative brothers and sisters to the end.

Let's not forget the famed David Howard "niggardly" incident(quoted from Wikipedia): On January 15, 1999, David Howard, a white aide to Anthony A. Williams, the black mayor of Washington, D.C., used the word in reference to a budget. This apparently upset one of his black colleagues (identified by Howard as Marshall Brown), who interpreted it as a racial slur and lodged a complaint. As a result, on January 25 Howard tendered his resignation, and Williams accepted it.However, after pressure from the gay community (of which Howard was a member) an internal review into the matter was brought about, and the mayor offered Howard the chance to return to his position as Office of the Public Advocate on February 4. Howard refused but accepted another position with the mayor instead, insisting that he did not feel victimized by the incident. On the contrary, Howard felt that he had learned from the situation. "I used to think it would be great if we could all be colorblind. That's naïve, especially for a white person, because a white person can't afford to be colorblind. They don't have to think about race every day. An African American does."

Lying on the beach looking up at the clouds must be infuriating to these people.

It reminds me of this bit o' insanity:
Grace Fuller, 48, and her sister Louise Sawyer, 46, were returning from Las Vegas two years ago when flight attendant Jennifer Cundiff, trying to get passengers to sit down, said over the intercom, "Eenie, meenie, minie, moe; pick a seat, we gotta go."

The sisters say the rhyme was directed at them and was a reference to its racist version that dates to before the civil rights era: "Eenie, meenie, minie, moe; catch a n—– by his toe."

Pretty soon every word will be banned because it is found to have some remote connection to race. You can't even talk about Michael Steele's "masters" in the republican party. it's so depressing–I think I'll go eat my favorite candy, a Snegroes bar.

Maybe it's time for black people to stop being so damned sensitive. Everybody in the world is offended by something, but if you go around being offended all the time, not only are you miserable, but pretty soon, even your friends will hate you.

What's next? Jews demanding ban on such words as juice & jewellery?

> What's next? Jews demanding ban on such words as juice & jewellery?

Did you forget about this?

i literally didn't even know there was a racist version until i got to college. i was taught to use the word "tiger" which doesn't quite make sense, but oh well.

". Obama acknowledged that Gates is a friend, cracked a joke, and then immediately took a stance.

"If I was trying to jigger into … well, I guess this is my house now, so it probably wouldn't happen"

Love all the puns and wordplay! Priceless!

Now, I don't know about Jigger, but Jigga is slange. Take the Jay-Z Lyrics to Money Ain't A Thing: "Jigga I don't like it if it don't gleam clean"

It's a lucrative business. What would Al Sharpton and Jesse Jackson do if they couldn't run around finding words like "jigger" that offend them?