A tweet from Ed Driscoll linked to this photo of an IBM 350 5 Megabyte data storage unit, circa 1956, part of a system which leased for $3200 per month: 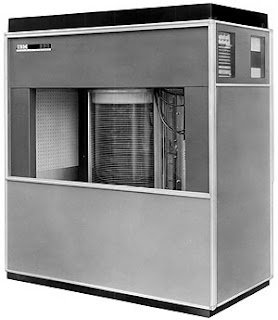 Here is what a 5 Gigabyte flash drive looks like now, costing about $50: 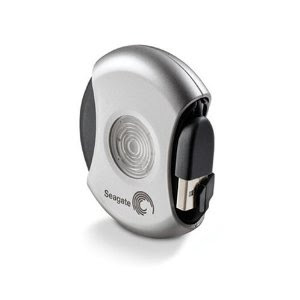 Identifiable jobs were lost in the transition, but many more jobs were created by virtue of the transformation of the economy through innovation.

What if our government, in 1956, had been focused on saving the jobs of the people who manufactured the parts and materials in the IBM Hard Drive, rather than promoting policies which allowed and encouraged technological innovation?

You would have the current Democratic Party policies which focus on subsidizing non-economically viable union jobs in the public and private sectors for political reasons, while punishing wealth creation in the name of fairness.

(Added: This chart shows the steady drop in tax rates since 1956; I don’t think it is any coincidence that technological innovation and the growth of the information economy took off as rates dropped dramatically starting in the 1980s).

the Flashdrive is 5 gigabytes, not megabytes

@roa – thanks for the catch, corrected the text.

Valid point, but this is what the president would say in response: we are doing the equivalent of investing to get us to that 5G flash drive. He constantly says that his green jobs are the jobs of the future, that somehow it is a bad thing that we are behind in green jobs. From an economic perspective its claptrap, but that is what he would say. fwiw.

I mean i am on the record calling bullsh– on this bit from the president, but that is his POV. http://allergic2bull.blogspot.com/2010/01/simply-not-true-or-fisking-state-of.html

Here's what i wrote in my own site, in response to his complaint that we shouldn't be falling behind china on clean energy products:

Mr. President, if they are such a great idea, then why aren’t private investors already building them? Oh, because they don’t actually make economic sense. But you will shift the incentives by taking the money from us, and then giving it to these companies. But that doesn’t transform this suddenly into a good investment; it just means that we the taxpayers are taking that loss. Indeed, we have seen with the stimulus that government involvement decreases efficiency. So you will take the income and wealth from Americans and piss it away on this project. In the middle of a bad economy.

Now maybe it’s a good idea from an environmental point of view, but as an economic concept, it stinks.

Never mind the jobs involved in manufacturing the IBM hard drive. What about the millions of people who key punched cards for use in the sorters whose results were fed into a mainframe computer, who sorted the cards, who opened the tens of millions of envelopes containing utility and other payments (with the ubiquitous "do not fold, spindle or mutilate" punched cards), etc., etc.

For that matter, how many tellers and clerks did it require to operate an ordinary local bank and to manually compile billions of banking transactions from paper records, turn them into punched cards, sort them, etc. etc. In those days, for anyone too young to remember (the mid-50s), the costs associated with all this made a bank account an expensive thing to have (as it was before any computers), so that few working people had one (my father used to pay the utility bills at the drugstore, the mortgage at the bank and had only a passbook savings account at the same S&L; the insurance man walked his route to collect premiums; we left cash for the milkman in the thermos box where he put the milk, etc.).

No more milk delivery men or hosts of local dairy workers either, not to mention ambulating insurance men. Yet, of course, there were about 150 million people in this country then and over 300 million now — with employment managaing to keep up, well, until recently anyway.

One thought, I am sure that Obama would have insisted on taking over IBM and regulating it through the Federal government. The investors would have been left with nothing and do you really think the Feds could direct the innovations that subsequently occured?

Instead of a handheld storage unit, we would likely be using sticks to scratch on paper.