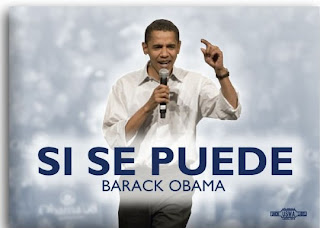 The White House may renege on passing fixes to the Senate’s healthcare bill once the House has passed it, Sen. Judd Gregg (R-N.H.) claimed Thursday.

Anyone know how to say “Yes He Can And Will Sign That Bill You Fools” in Spanish?

Update: This is a winning theme, because it is based in the reality of Obama’s past broken promises and inherent distrust and dislike among Democrats. Here’s Lindsey Graham (h/t commenter KitKat):

"They [House] gotta pass the bill that's written by the Senate word-for-word. The President signs it. Everybody says, 'Yay!' And House Democrats have to assume that their democratic colleagues in the Senate through reconciliation are going to change the bill after it's a law and they didn't agree with the first bill to begin with. Who's the dumbest guy in town: the Senator who rejected the House bill to begin with who votes to change it back to the way they didn't like or the House guy who votes to send it to the Senate hoping the Senate will change it?"

Yep. Lindsey Graham explained how he expects it will play out in an interview with Greta last night.

The clip is the top video on Breitbart.tv today.

Also, prior to Graham's interview with Greta, she interviewed Jim DeMint who said something similar.

The House Democrats who vote for the Senate bill better love it, because there'a a good chance that is what will become law if they vote for it (if these GOPers are being straight shooters).

• Shot letters stating my outrage to Gary Ackerman (NY congressman), Kirsten Gillibrand and Schumer.
• Called them out for mindlessly endorsing the indefensible extortions, criminal concessions and unconstitutional mandates of this Bill.
• Mentioned how the Democrats proved themselves to be the real 'obstructionist' in last weeks Summit.
• Rebuked them for their conceit and willful ignorance of the inevitable fiscal consequences of this Bill.
• Concluded by vowing to terminate their employment as civil servants in November.

I encourage all to do the same with your soon-to-be ex Democratic 'representatives'.

Control of the health care system would be the fulfillment of the Democrats greatest longings. If the House passes the Senate bill, it seems Obama would have a strong incentive to sign it into law immediately.

If the House and Senate failed to subsequently pass the reconciliation bill, he would simply blame them for their inaction.

So here's a little Machiavellian thought. House passes bill, Obama signs it into law, House is successful with reconciliation, and Obama vetoes the reconciled bill. Angry House Dems ACT dismayed and now have political cover in November. Obama wins, Dem losses in November are mitigated, the rest of us are screwed.

All the gaming about what might happen after Obama signs the Senate bill is immaterial. Obama, Pelosi, and others do not really care what is in this bill just as long as there is a huge takeover of the healthcare system. The actual details can be modified–mostly to provide graft to all other Dem strongholds that missed out on the Senate bill–at a later date. The message from the White House will be deafening and repetitive: we fixed healthcare (worship us).

It does mean that the House vote is key. This [email protected] sandwich that Obama wants to shove down our throats has to be stopped there. No imagining that reconciliation is a final bridge. The final bridge is in the House.

If the House approves this bill, then our only hope is to take over Congress next fall on this issue and eliminate all of this monstrous scam before entitlements start piling up.

You were right professor. You're almost always right. http://lostaglia.blogspot.com/2010/03/democrats-show-us-what-pole-vaulting.html

Concerning the option of Obama vetoing a reconciliation bill – both House and Senate have to vote to override the veto. So, the House can vote an override, but if the Senate fails to do so, then the veto holds. Correct?

So, in that case, the House Dems will be proven to be dumb.

Professor, in answer to answer your question: