Posted by William A. Jacobson Saturday, February 13, 2010 at 11:51am 5 Comments
More Sharing Options

When Sarah Palin wrote a few words on her hand during a speech, the left-wing blogs went wild with the sexually suggestive “hand job” analogy, as I documented in my post Palin Exposes Misogyny In The Democratic Base, Again.

Now California Democratic Senator Dianne Feinstein (B.A. in History, Stanford Univ.) has been caught in the act.
Or more precisely, video has been obtained by Fox News (h/t Story Balloon, Blog Prof) showing notes written on Feinstein’s hand during a debate (in violation of debate rules) during the 1990 Senate race.  Here are two screen shots: 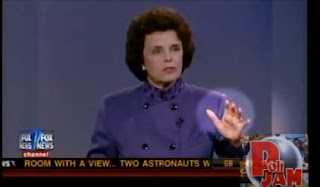 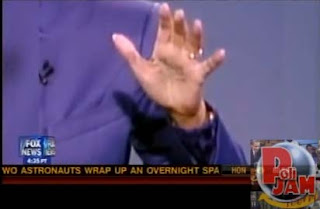 Of course there would be no such comment. Who would want to engage in any sexual contact with DiFi?

I wonder if Ms Feinstein was watching the whole "Palin-Palm" debate, and crossing her fingers that someone wouldn't remember her little experiment with a ball-point pen.

But then again… it was in a debate… it was against the rules…and that's just another reason the Dems will want to look the other way.

When will the Dems learn, those in glass houses…

i think back in Diane's day it was called a *hand jive*.

"hand-job" does not even begin to describe what Feinstein has done to California.