Something You Don’t Know About Scott Brown

Something You Don’t Know About Scott Brown 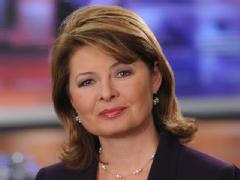 You may have wondered why Mrs. Scott Brown is not on the campaign trail with him, and does not appear in his videos or at his speeches.

If you live in Massachusetts, you may know why, but you may not.

Huff has stayed away from the campaign in order to comply with the station’s conflict of interest policy:

Gail Huff, a veteran reporter at WCVB-5-ABC in Boston (Market #7), has remained conspicuously absent from campaign appearances, as her husband, Massachusetts State Senator Scott Brown, makes a run for Edward Kennedy’s seat in the U.S. Senate.Huff and the station have agreed she will not cover politics — or even appear at any of her husband’s campaign events — to avoid conflict of interest accusations.

“Well, it’s frustrating, certainly,” Brown said in a recent interview. “But we respect the policies of Channel 5, and we want Gail to certainly be employed and have the ability to be an unbiased reporter.”

A two-career couple in which her career is treated as being as important as his career. And you probably didn’t know it.

Scott Brown is the consummate class act, following the rules even when the rules do not benefit his political career.

“She’s with me in spirit,” says Brown.

And like her triathlete husband, she’s quite the athlete:

Now this is what I call real ethics. Good on both of them. And yes she is quite the looker too.

Quoted from and Linked to at:
Stacy McCain In Bosstown III