Massachusetts Is The Mob

Massachusetts Is The Mob

From Charles Blow [sic] in the NY Times:

Welcome to the mob: an angry, wounded electorate, riled by recession, careening across the political spectrum, still craving change, nursing a bloodlust….

The most recent manifestation of the shifting landscape is the election of Scott Brown, a Republican in reliably Democratic Massachusetts, which shattered the Democrats’ filibuster-proof Senate majority and their sense of security….

[Obama] underestimated the mob, and his agenda will suffer now that the emperor has no cloture.

All hope is lost. Barricade the doors. Draw the curtains on the windows. Prepare the safe room for the next three years. Here they come: 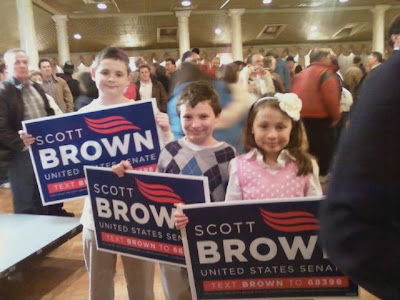 Would it be completely childish of me to bring this out of storage? 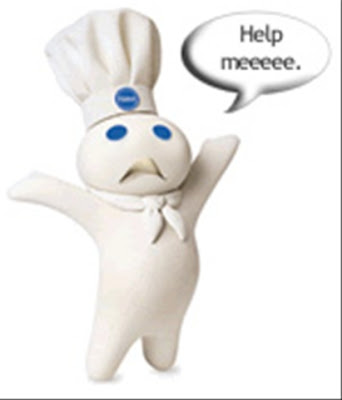 Further proof the MSM is as out-of-touch with the electorate as the Washington pols. A mob with a bloodlust? The liberal tactics of derision and dismissal will not win anyone over to their point of view. Scott Brown's election is a testament to that. These folks are completely tone deaf.

The Pillsbury doughboy? You're obviously racist!

This is the thing that guys used to say Back In The Day (the 1960s) to get chicks into bed. "Look at how brave I am, oppressed by The Man but standing up to him."

It gets a little old after a couple decades of The Man not breaking down your door, or The Mob not tarring and feathering you.

Not entirely, Ms. Chick. The mainline media, like the vast majority of progressives, are cowards. They really believe that the mob is out there, as shown by the behavior of Hill rats during last year's town halls.

The difference between the Hill rats and the media piggies is the latter think that we are the mob, but that we won't go jihadi on them. so far, they're right…

Actually the MSM is the firewall protecting the Washington pols from the mob, er, electorate. The mob breaches the wall with blogs, stares right at the emperor's naked butt, the rats flee.

It would be a shame if this isn't done more. So many political thugs could be 86ed from office with ease if the same tactic's were used on them. Its hard to go up against a 4 term congressman or 2 term Senator, the name recognition alone is daunting but with a bunch of citizens across the United States putting up a little money and a little time new blood could win easily. Senator Brown won because he resonated with the People nationwide, others could do the same. Run on adhering to the Constitution, run with the promise of two terms only, run on personal integrity, run against John Murtha or setting tax cheats then ask for help.

There are a lot of votes out there for a candidate who can credibly claim that he or she will vote only for bills that are Constitutional on their face based on the 'clear meaning of the words' and that are less than 50 [10 would be better] pages long and readily understandable by an averagely intelligent and educated citizen.

Also one who promises and means it to keep government small, focused, and out of citizen's private lives.

This is 1994 redux. When Republicans won seats in Congress that year, all the MSM could talk about was "the angry white male". Derogatory comments about the "emotional", scary electorate were the order of the day, along with dismissing them as limited to one sex and ethnicity.

There were a great many thumbsucking essays on such topics as how powerless white males felt in light of women's advances, how the Republican voters were economic losers, and in general how everyone should ignore the election because it was merely the last gasp of a discredited gender, race, and political persuasion.

Many were the trees that died in this cause. Many are the electrons that will be sacrificed in the same cause if the Republicans win big in November.