Can This Week Possibly Get Any Better?

Can This Week Possibly Get Any Better?

Hot off the presses: 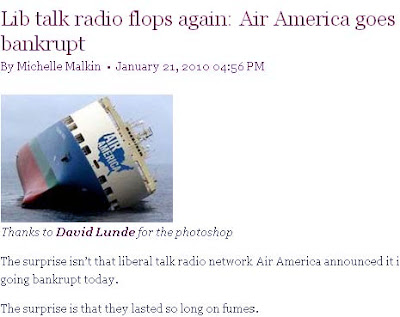 After Scott Brown’s victory, the only thing that could top this would be for Nancy Pelosi to announce that she doesn’t have the votes in the House to pass Harrycare. Hey, you can’t take away my dreams. 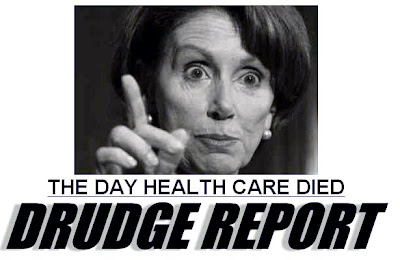 Now the rats will be scurrying to get off that ship and claim they never really supported it to begin with.

Can you ask now that BO suddenly decide he'd rather be Mayor of Chicago and that he's off to do that . . . tomorrow?

The air does smell sweet indeed. We can't do much laurel-resting though. There are still Progressives at the gate.

This is great. Love the Blog. Let us not get to complacent…much more work to be done in the next 10 months.

Dunno – I hear the Dims may be going the reconciliation route on ObamaCare… time to start training the hunting dongs and boresighting the varmint rifle….

DOING GOOD FOR THE POOR:

I am for doing good to the poor, but I differ in opinion of the means. I think the best way of doing good to the poor, is not making them easy in poverty, but leading or driving them out of it. In my youth I travelled much, and I observed in different countries, that the more public provisions were made for the poor the less they provided for themselves, and of course became poorer. And, on the contrary, the less was done for them, the more they did for themselves, and became richer. There is no country in the world where so many provisions are established for them; so many hospitals to receive them when they are sick or lame, founded and maintained by voluntary charities; so many alms-houses for the aged of both sexes, together with a solemn general law made by the rich to subject their estates to a heavy tax for the support of the poor. Under all these obligations, are our poor modest, humble, and thankful; and do they use their best endeavours to maintain themselves, and lighten our shoulders of this burthen? On the contrary, I affirm that there is no country in the world in which the poor are more idle, dissolute, drunken, and insolent. The day you passed that act, you took away from before their eyes the greatest of all inducements to industry, frugality, and sobriety, by giving them a dependence on somewhat else than a careful accumulation during youth and health, for support in age or sickness. In short, you offered a premium for the encouragement of idleness, and you should not now wonder that it has had its effect in the increase of poverty.
Benjamin Franklin, in "The Encouragement of Idleness," 1766

There is nothing new under the sun, "or under the grandson".

Nancy Pelosi is delusional! You bet it would have been a hoot to see the 'conferences on C-Span.' Alas, we'll never be privvy. But if there was a "stomping grounds" it was nancy Pelosi's heels into Reid's scrotum. And, he had to endure it! He came in with the news that by twisting peoples arms, and careers, AND by sacrificing Ben Nelson, he did get a bullet proof 60 majority vote on health care! And, what did Pelosi do? She demanded, in her demented way, that he go back and "DO" the nuclear option. How did that work out? Not so good, I hear. Harry will never walk the same.

The week keeps getting better!

The Supreme Court has determined major parts of the McCain-Feingold Bill to be unconstitutional.

TO: William A. Jacobson, et al.
RE: Harrycare?

Chuck(le)
[A good pun is its own reword.]

Dear Mr. Jacobson;
Thanks for ALL of your help in getting a good start on the dumping of the Obama agenda.