Pictures from tonights Hometown Rally in Wrentham, Massachusetts (from our on-the-spot “correspondent” a/k/a my wife).  Join me for some live blogging on Tuesday, when I’ll have pics, tweets, and other reports from many people on the ground in Massachusetts. 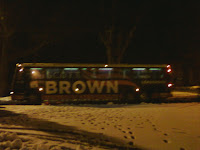 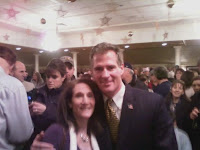 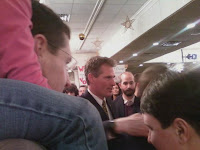 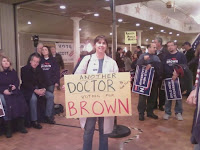 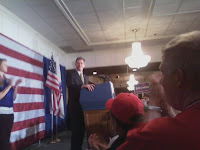 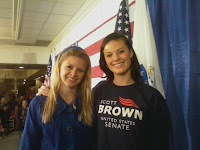 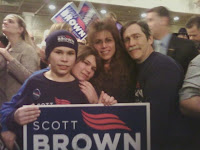 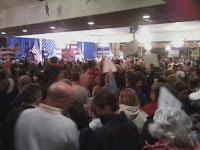 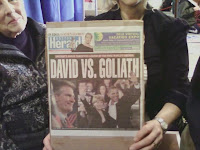 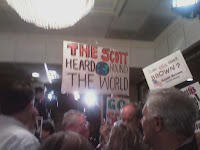 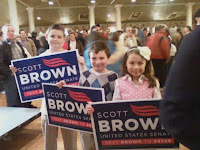 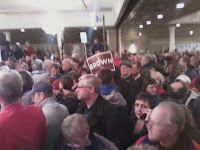 Brown continues to pick up steam!

The Coakley/Obama gaffe machine is struggling to come up with more damaging gaffes than the last ones. At least they are good at something…

Offer posted 1/18: Help in the MA Senate Election with ALL EXPENSES PAID trip! Pamela Geller has the details:

Looks like a good turnout. Thanks to Mrs. Insurrection for the pics.

It bugs me how much the MSM is now focused on this race trying to get the Democrats energized. It's going to be a nailbiter.

We mustn't get cocky, as Glenn Reynolds reminds us, but if Brown does indeed win tomorrow I propose the following addition to the political phrasebook:

"To execute a full Coakley" is to perform a complex series of maneuvers such that one's political campaign completely disintegrates just before an election. "Well, Bob, he was looking good after the primaries but then things started to go south and he wound up executing a full Coakley just two weeks ahead of the general election."

"Massachusetts had 116,483 dead people on its voter registration rolls and another 538,567 people who were no longer living at the addresses on their registrations, according to a study released by Aristotle International Inc., a nonpartisan political technology and data firm."

If Brown goes on to win, the narrative will be that it has nothing to do with Obama/Pelosi/Reid governance. No, it's because Martha Coakley's incompetence lost the election despite our wise and popular President.

If Coakley loses, I suspect that no cushy Democrat-controlled jobs, e.g. university presidencies, await her after politics.

UK Daily Mail claimed this Monday was the Bluest Monday of the year.

I must say I can't agree. It is looking pretty Red to me…

Awesome pics! Many of us conservatives on Facebook have changed our pics to the Scott Brown for Senate sign. We have donated and spread the word to donate a LOT of $$ and campaign support! Brown supporters calling into to talk radio sound absolutely electrofied. I really believe tomorrow will be a great day for liberty lovers and just the start of the tsunami that is to roll like a tank over Democrats this year! GOOOOOOOOOOOO BROWN!!