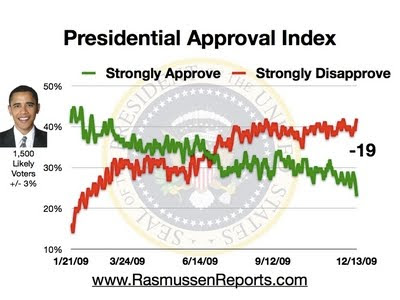 The approval index stands at an astounding -28 among the independents who were temporarily duped into electing him.

Obamunists did say that their messiah would unite us. At this rate everyone who doesn’t work for the government or the media will be united against this tragic farce of a presidency by the end of next year.

Now about that health care bill …. keep up the good work Harry.

Not so much hockey stick as x-factor