UPDATE: Alan Colmes e-mailed me to indicate he meant no offense, and said “C’mon Professor, we’re BOTH blowhards.” Well, that may be going a bit too far, but thanks for the note. I take back what all those people said about him.

Colmes links to my cross-post at Hot Air’s The Green Room, rather than the post at this blog. Here’s what a blowhard I am; just the facts: 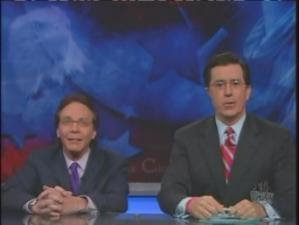 You stay classy, Alan. And so will I.

Why don’t you pick on someone your own size?

Oooo… A call out by Alan Colmes! Congrats. You’ve hit the big time! 🙂

Alan always did strike me as at the least, classy. I guess he’s following the trend of calling conservatives ‘blowhards’ or other fancy names. At least we have the dignity to allow our philosophical adversaries to live up to their own names, their own words, and provide facts with our commentary.

But have you yet been named on Olbermann’s Worst Person in the world? Because if you were then…something like eight people would see it.

Okay, I think this comment is going through: Congratulations!

Crack Investigative Journalist Alan Colmes thinks someone is "named" Legal Insurrection. A quick "google" of that "name" leads to a blog, where the author's name, William A. Jacobson is listed ON THE FRONT PAGE. Total investigative effort: < 3 seconds.

too funny and well done… enjoy the ride

Almost as exciting as being criticized by the NY Times! Though can’t decide which one is less credible.