How About We Give Up Missile Shield, Russia Gives Up Fashion Shows?

How About We Give Up Missile Shield, Russia Gives Up Fashion Shows? 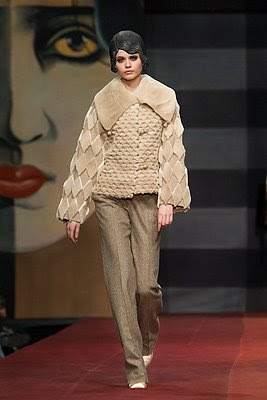 President Barack Obama’s proposal to give up the missile shield program for Russia’s help on halting Iran’s nuclear weapons program ended badly. The Russians rejected any link. Obama then denied there ever was a link.

I have a better idea. Let’s propose that we give up the missile shield if the Russians give up fashion shows. Let me rephrase and clarify this offer. We give up the missile shield, and the Russians never again attempt to create, modify, re-create, design, or otherwise engage in any conduct relating to fashion.
The picture to the right, of a recent Russian fashion show focusing on re-creating the 1920s look, is the proof that the world needs this deal. We cannot risk a resurgence of Soviet-era fashion.
This deal, however, is not with it’s possible problems. In the past, the New York Times has defended the Soviet fashion industry, so expect some snarky commentary by NY Times columnists. But a few telephone calls from the White House should keep the Times columnists in line.