Why Do They Hate Sarah Palin So Much? She’s Happy

Why Do They Hate Sarah Palin So Much? She’s Happy 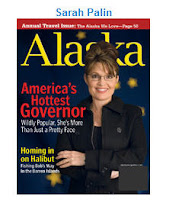 One of the nagging questions of this election is the emotional, almost violent, reaction of Obama supporters to Sarah Palin. The absurd and offensive verbal abuse hurled at Palin has been unprecedented, and the mainstream media has led the charge. But why?
Many have speculated that Palin represents a threat to old-school liberal feminism. Maybe. Some think that Palin’s gun-totin‘ moose-huntin‘ lifestyle cannot be tolerated by the big-city liberal elites. Okay. Others guess that Palin’s decision not to abort her child with Down Syndrome is a real life threat to the abortion-on-demand dogma. Makes sense. But all these comments have missed what I believe to be the reason Obama supporters and the mainstream media hate Sarah Palin so much.
Why do they hate her so much? She’s happy. Unhappy people can’t stand happy people.
As others have noted, Obama rallies are not happy events. Neither is the Obama campaign. There is an angry tone, a desire for revenge against those who supposedly have done the people wrong, a settling of old scores. While Obama preaches hope, the “subtext” of his campaign is anger and frustration. For all the times I have seen Obama on television, only once or twice have I seen him laugh.
The mainstream media is no better. Is there a single happy person at MSNBC, CBS, NBC, ABC (well maybe not ABC), CNN, The New York Times, The Washington Post, or elsewhere in the bastions of the elite media? Palin’s happiness simply is something that cannot be tolerated by the unhappy people who run traditional news organizations.
A vote for McCain/Palin is a vote for people who are happy — in their lives, their families, their country. A vote for Obama/Biden is a vote for angry people. You choose who you want running this country for the next four years.

This is an interesting article, many articles have been produced arguing the reverse — that supporters of Sarah Palin, John McCain etc. were fueled by an intense hatred of Barack Obama.

Beyond this intense hatred of Obama, McCain's entire strategy consisted on discrediting Obama as an acceptable choice. This strategy was described by McCain managers both during and after the race — that issues had to be ignored and ad hominem had to be favored.

As a result, attempt after attempt to belittle Obama was made "the one commercial," "Celebrity" and later trying to inflate Ayers into a dangerous terrorist figure–while avoiding G. Liddy of course ;).

From September onward it seemed Palin and McCain's strategy was simply to ask questions that ammounted to "Who is Barack Obama?" and try to rhetorically frame Obama as both a foreigner and some sort of terrorist.

Your take on Obama rallies/events seems almost counter conventional satire. Most of the rallies I saw on Obama were cheerful; hence the GOP stereotype of Obama as "messiah," and "celebrity." etc… that people were enthralled to tears (like a revival– or awakening) — this position is echoed in your citation.

In typical partisan fashion you've created the narrative you would like to believe, rather than one borne out by objective examination of Palin as a figure, the McCain campaign and the Obama campaign.

"
And the tragedy of Arab political culture has been the unending expectation of the crowd — the street, we call it — in the redeemer who will put an end to the decline, who will restore faded splendor and greatness."

In almost any culture, any novel, any story, a redeeming figure brings HOPE, joy, happiness etc. (the G.O.P.'s characterization of Obama as "messiah")

How would the author's analogy and the GOP characterization make sense if the figure made the listener angry rather than hopeful?

Further the author's contrast with the post election day:

"the morning after the election, the disappointment will begin to settle upon the Obama crowd. Defeat — by now unthinkable to the devotees — will bring heartbreak. Victory will steadily deliver the sobering verdict that our troubles won't be solved by a leader's magic"

Further, McCain-Palin had to shut down their town hall format after people began this line of questioning:
http://www.youtube.com/watch?v=U8XmerZEyHE

Lastly, the "elite media" and "liberal elite" arguments that are at best non-sequitors at worst they actually detract from your article rather than advance it in any way. Rather than advancing your "McCain/Palin" are happy premise, it actually provides counter evidence.

Rather than deconstructing the "MSM" (Fox/WSJ isn't MSM ? heh — I see O'reilly and Hannity yelling an awful lot) with evidence, they are simply wrong and to be discarded — b/c you are evidently displeased with their opinion and (unhappy about that portrial?).

I'll keep reading through your stuff though.

And that includes you, Woodward.