Posted by Vijeta Uniyal on September 29, 2016 1 Comment
Prominent and ordinary Indians took to social media expressing their grief following the death of Israeli statesman and Nobel laureate at the age of 93:

“It was during his service as the minister of foreign affairs in the 1990’s that Peres also began his special relationship with India. He was the first minister of foreign affairs to visit India following the establishment of diplomatic relations,” wrote Ambassador Daniel Carmon, Israel's envoy to India, in an article published yesterday in India newspaper Hindustan Times. “He visited India several times in various capacities, visits to be remembered and cherished by all those who met him here.” 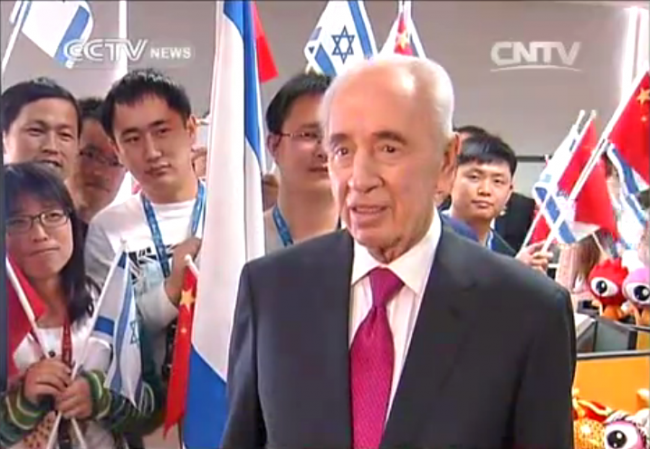 Posted by William A. Jacobson on September 27, 2016 9 Comments
Former Israeli President Shimon Peres has died at age 93, after suffering a stroke two weeks ago. David did a detailed profile of Peres after his stroke, Shimon Peres: Israel’s Architect of War and Peace. His last tweet on August 7: https://twitter.com/PresidentPeres/status/762230817674387456
Read More 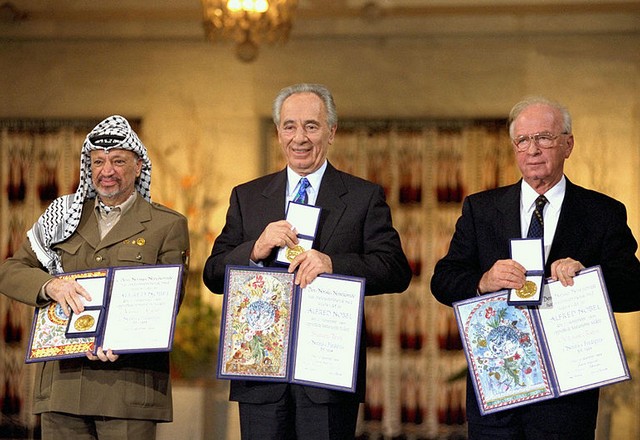 Posted by David Gerstman on September 15, 2016 0 Comments
The stroke suffered Tuesday by former Israeli president Shimon Peres offers an opportunity to look at his legacy to the State of Israel. Tuesday, was September 13, 23 years to the day that he stood on the White House lawn with Yitzchak Rabin and Yasser Arafat, overseen by President Bill Clinton, to sign the Oslo Accords, the peace treaty between Israel and the Palestine Liberation Organization. Anyone who is familiar Peres, Israel's ninth president (who retired from that post in 2014) and two-time prime minister, since then would think of him chiefly as the architect of peace with the Palestinians. Peres took his vision of peace and became an international celebrity in the process, even as the peace he pushed for never quite materialized. But to remember Peres simply for his never quite realized dream of peace with the Palestinians, is to overlook the essential role he  played in shaping Israel's military in the 1950's.
Read More
DONATE