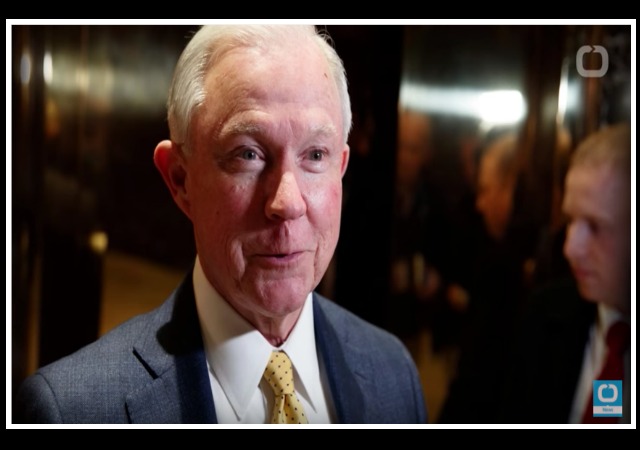 Posted by Mary Chastain on February 28, 2017 29 Comments
Former President Barack Obama made no effort to stop states that voted to legalize recreational marijuana, but never took to steps legalize the drug at the federal level. Tuesday, Attorney General Jeff Sessions suggested he will undo everything Obama did:

“We have a responsibility to use our best judgment … and my view is we don’t need to be legalizing marijuana,” he said at the winter meeting of the National Association of Attorneys General. “I’m dubious about marijuana. I’m not sure we’re going to be a better, healthier nation if we have marijuana sold at every corner grocery store.”

Posted by Mary Chastain on February 11, 2017 24 Comments
Colorado and Washington, two states that sell marijuana legally, enjoyed hefty sales on the drug in 2016. Colorado sold more than $1.3 billion worth of marijuana and marijuana products while Washington saw $972 million during its 2016 fiscal year. The legal sales meant more tax revenue for the states, which brought in $200 million for Colorado.
Read More

Posted by Fuzzy Slippers on January 02, 2016 7 Comments
The marijuana legalization brigade has made great strides in their efforts to legalize medical marijuana in a large number of states, and they only seem to fail (for the time being, anyway) when they go too far and push for too much as they did this year in Florida. While seeing great success across this country, the progressive push for legal pot is having unintended consequences for Mexican pot farmers who are seeing their profits diminish as more states pass pot-friendly laws and the Obama administration refuses to close the border or enforce our nation's existing laws regarding the growth and sale of marijuana when such laws "clash" with the new states' laws. The Los Angeles Times reports:
Read More 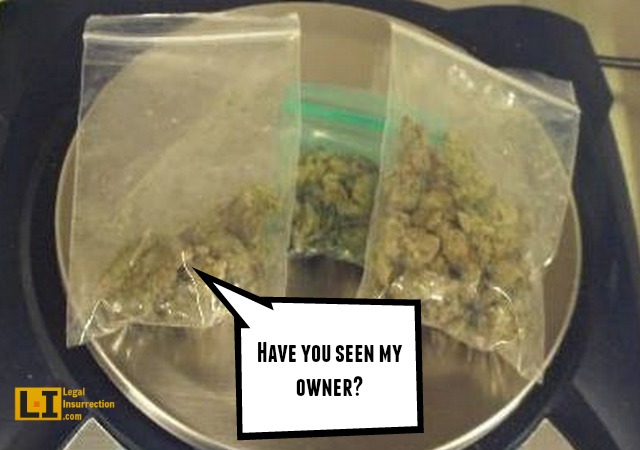 This weed has lost its owner 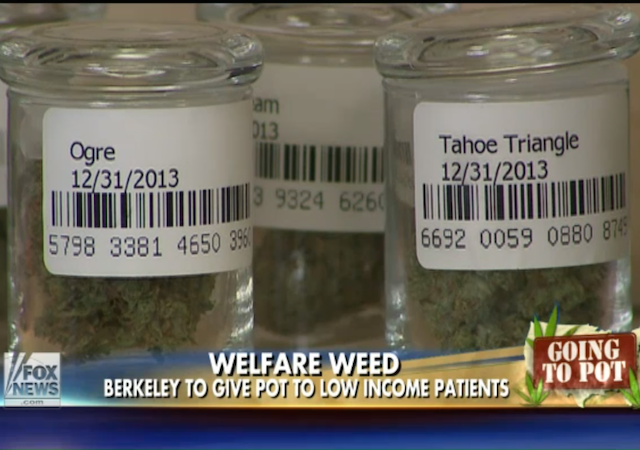 Posted by Amy Miller on September 04, 2014 16 Comments
Berkeley has gone full California with its latest decision requiring medical marijuana dispensaries to give away at least 2% of their product to low income patients making less than $32,000 a year. The ordinance passed last month, and barring any hurdles will go into effect in August 2015. Reactions have been predictably mixed:

Bishop Ron Allen, a former addict and head of the International Faith Based Coalition, told Fox News he doesn't understand why the California city would want to dump pot on the impoverished. “It's ludicrous, over-the-top madness,” Allen said. “Why would Berkeley City Council want to keep their poverty-stricken under-served high, in poverty and lethargic?” John Lovell, a lobbyist for the California Narcotic Officers' Association, agrees. “Instead of taking steps to help the most economically vulnerable residents get out of that state, the city has said, ‘Let's just get everybody high,'” Lovell told The New York Times. But others, like Mason Tvert, director of communications at the Marijuana Policy Project, say it's a community program. Tvert told Fox News that the decision to provide the drug to some of its low-income residents is up to the community. “So it's a matter of the democratic process, people following the state's laws, and this law appears to accommodate both of those,” he said.

California dispensaries are prohibited by law from turning a profit, and some proprietors have already embraced the new program in one way or another. California legalized medical marijuana 20 years ago, and some dispensaries made the choice years ago to willingly donate portions of their product.
Read More
DONATE