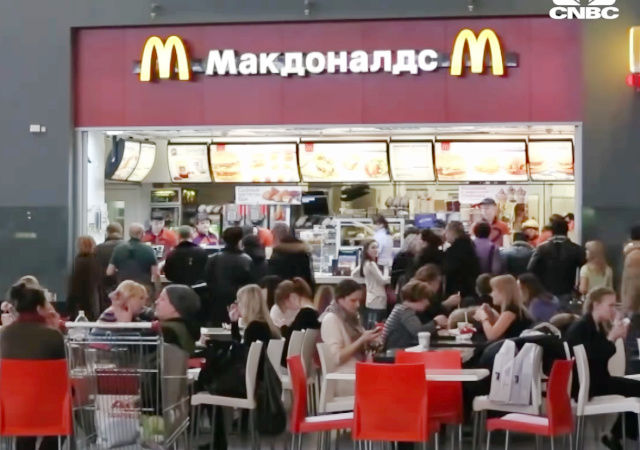 But McDonald's is still in China.... 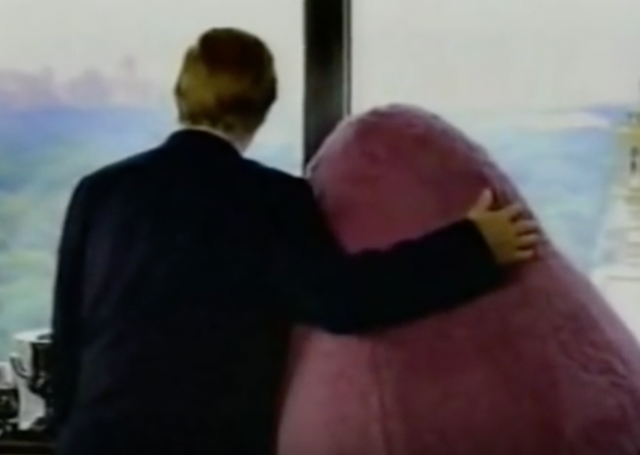 That Time Donald Trump Was in a McDonald’s Commercial

"Together Grimace, we could own this town." ... 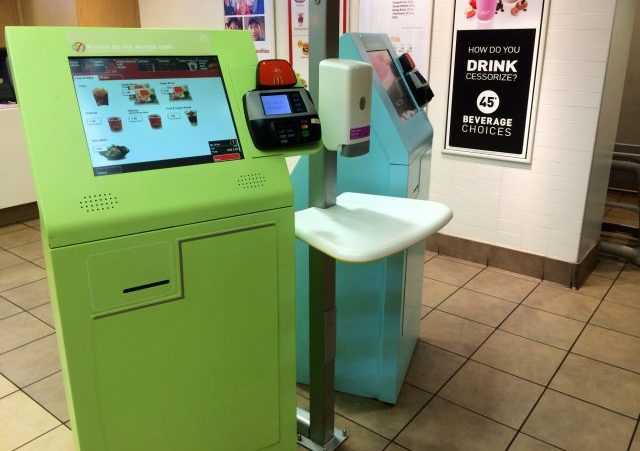 Posted by Kemberlee Kaye on November 30, 2016 27 Comments
We've been blogging about the push to raise the minimum wage to $15 and the correlation with the rise of automated kiosks since 2014. Fast forward two years and the machines have won. I blogged in 2014:

The pursuit of a "living wage" comes at a high price -- countless jobs have been lost to newfangled technological overlords and businesses with small profit margins have shuttered nationwide. Neither were giants in the fast food industry immune to the $15 minimum wage disease.
Read More 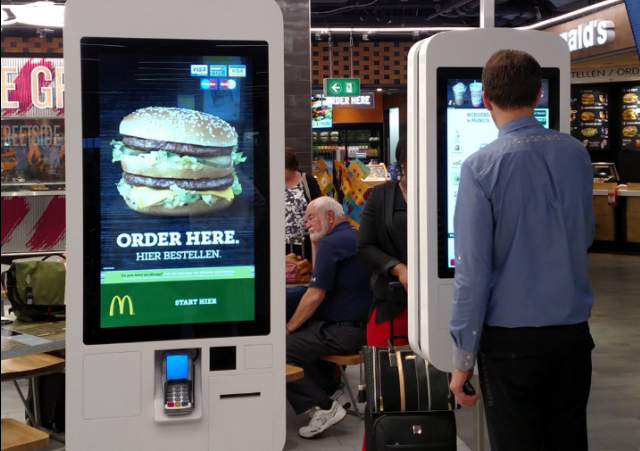 On my way back from Israel earlier this week, I saw a model of efficiency. 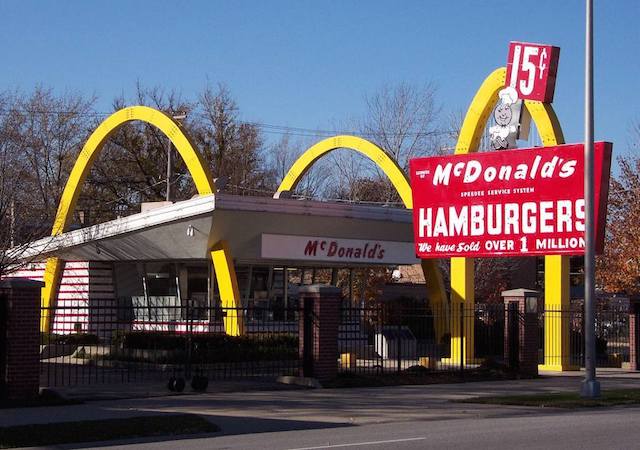 Is the Secret Ingredient to McDonald’s Recovery Butter?

Posted by Leslie Eastman on October 25, 2015 35 Comments
As an iconic American industry, we have been following McDonald's and its struggle to deal with minimum wage requirements and greedy unions. Now, after a series of bad quarterly reports, the corporate accountants are serving Happy Meals:

The struggling fast food giant announced Thursday that global same-store sales grew 4% in the third quarter of 2015, with the gains driven by growth in several international markets. The burger chain even ended a seven-quarter losing streak in the U.S., where same-store sales grew 0.9% compared to the same period last year. Overall, McDonald’s profit climbed to $1.3 billion for the quarter, up from $1.07 billion for the same quarter a year earlier. The Oak Brook, Ill., hamburger chain surpassed analysts’ expectations with earnings of $1.40 per share. Analysts had projected net income of $1.27 per share, according to Thomson Reuters, compared with $1.09 reported a year earlier. McDonald’s reported they spent $3.1 billion on share buybacks and dividends during the last quarter, a move that helped boost earnings per share 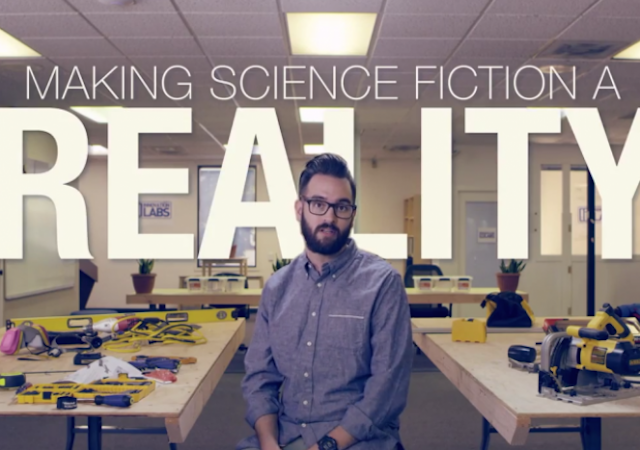 When “Raise the Wage” Backfired

Posted by Kemberlee Kaye on October 28, 2014 53 Comments
Rewind to a few months ago when we reported that McDonald's appeared to be testing touchscreen ordering devices:

McDonald’s employees who picketed for a better living wage (whatever that means) may come to regret that decision. According to a Redditor, a McDonald’s in Illinois replaced their cashiers with machines.  The machines appear to be the cousins of the ones found in grocery stores, big box stores, and CVS that allow customers to complete transactions.

It turns out McDonald's is no longer merely testing the devices but is planning widespread implementation. Tanking profits are forcing fast food chains like McDonald's to reconsider how much their front line employees are worth, particularly when these employees continue to demand more money. According to the Wall Street Journal (emphasis added):

If there’s a silver lining for McDonald’s in Tuesday’s dreadful earnings report, it is that perhaps union activists will begin to understand that the fast-food chain cannot solve the problems of the Obama economy. The world’s largest restaurant company reported a 30% decline in quarterly profits on a 5% drop in revenues. Problems under the golden arches were global—sales were weak in China, Europe and the United States. So even one of the world’s most ubiquitous consumer brands cannot print money at its pleasure. This may be news to liberal pressure groups that have lately been demanding that government order the chain known for cheap food to somehow pay higher wages. The McDonald’s earnings report on Tuesday gave a hint at how the fast-food chain really plans to respond to its wage and profit pressure—automate. As many contributors to these pages have warned, forcing businesses to pay people out of proportion to the profits they generate will provide those businesses with a greater incentive to replace employees with machines.

Posted by Amy Miller on July 30, 2014 24 Comments
Labor unions have struggled over the past few years to gain a hold on the fast food industry, but a recent advisory opinion by the NLRB may have cracked the door for union organizers trying to breach the corporate-franchisee relationship. On Tuesday, the NLRB's General Counsel declared that McDonald's as a corporate entity is a "joint employer" of employees at all of its restaurants--including those employed at its nearly 3000 franchisees. The problem with this ruling is that it flies in the face of the established law governing business associations: franchise contracts explicitly state that franchisees are independent and have complete authority over their own employees, and state and federal regulatory authorities generally respect these contracts as definitive in labor disputes. McDonald's Corporation isn't taking the ruling lying down, though. Via the Washington Examiner:

"As the federal governments determination shows, McDonald’s clearly uses its vast powers to control franchisees in just about every way possible," said Kendall Fells, organizing director of Fast Food Forward, president of the Fast Food Workers committee and a former SEIU organizer. "It's time the company put those same powers to work to do something about the fact that its workers are living in poverty." A McDonald's Corporation spokeswoman confirmed the ruling and said the company will continue to legally fight it "in the appropriate forum." "McDonald's does not direct or co-determine the hiring, termination, wages, hours, or any other essential terms and conditions of employment of our franchisees' employees – which are the well-established criteria governing the definition of a 'joint employer,'" said Heather Smedstad, McDonald's senior vice president for human resources.