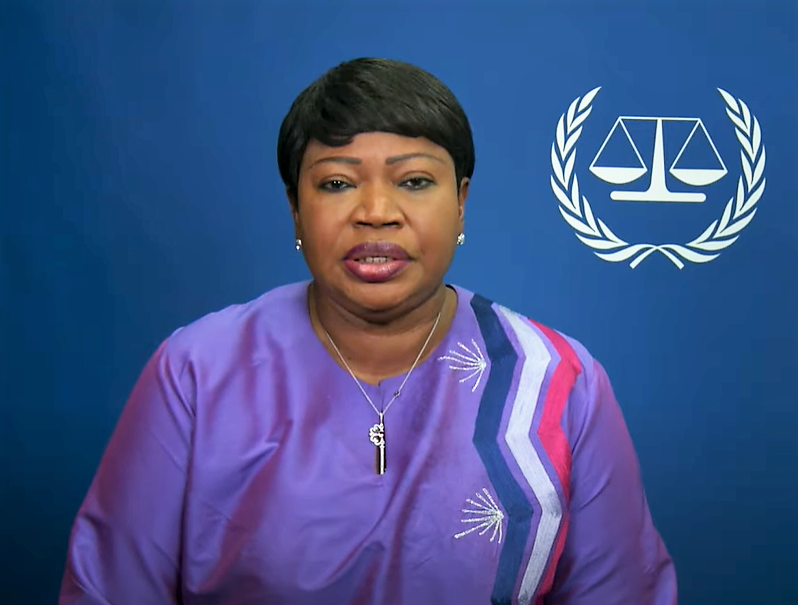 Secretary Blinken calls Trump-era sanctions on the tribunal "inappropriate" even though the U.S. does not recognize the jurisdiction of the International Criminal Court.... 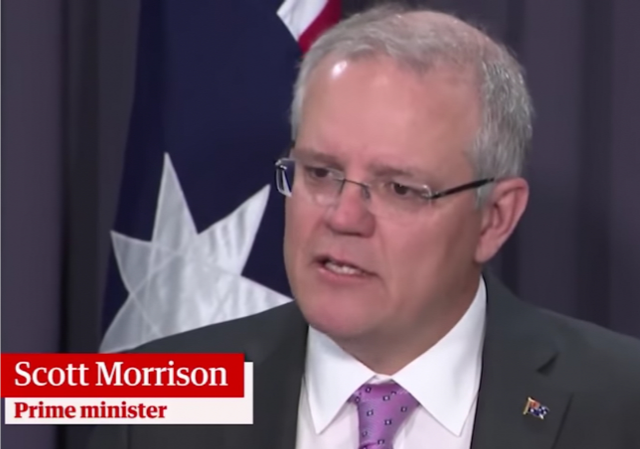 Posted by Vijeta Uniyal on December 22, 2019 26 Comments
The International Criminal Court (ICC) has opened a probe against Israel over alleged war crimes, court's chief prosecutor announced on Friday. ICC prosecutor Fatou Bensouda failed to specify the nature of the allegations against Israel, claiming that she was "satisfied" that "war crimes have been or are being committed in the West Bank, including East Jerusalem, and the Gaza Strip." Palestinian terrorist groups, Hamas and PLO, praised the ICC for targeting Israel.
Read More 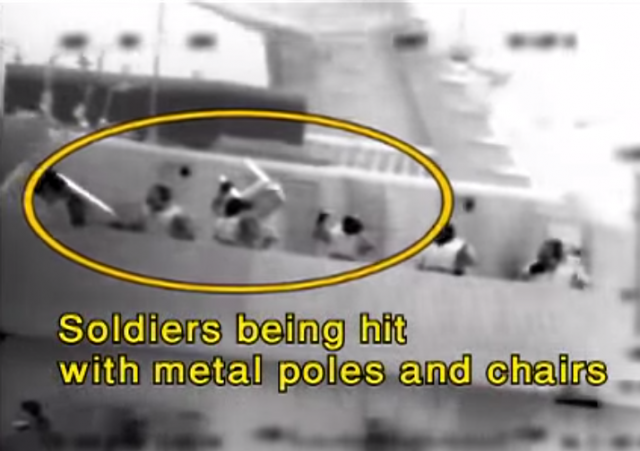 Posted by William A. Jacobson on July 27, 2015 4 Comments
Earlier this month we reported on an outrageous decision by the International Criminal Court requesting that the ICC prosecutor reconsider her decision to close the investigation into the Israeli raid on a Gaza Flotilla boat, the Mavi Marmara. In that raid, Turkish Islamists and activists attacked Israeli soldiers, resulting in 9 deaths of the attackers. Confirmed: International Criminal Court biased against Israel:

The prosecutor has just appealed the request, as reported by multiple sources. (Update - Appeal here, and embedded at bottom of post.) The appeal is in the form of a request to dismiss the application of the Comoros Islands, which had given rise to the ICC judges' ruling:
Read More

Posted by William A. Jacobson on July 17, 2015 8 Comments
There is a reason many nations, including the United States and Israel, refused to join the International Criminal Court (ICC). The fear was that ICC, created by the 1998 Rome Treaty, would go the way of entities like the UN Human Rights Council, and turn into a political operation directed at the West, the U.S. military, and Israel in particular. The ICC just proved that these fears were warranted, with an outrageous decision overruling an ICC prosecutor's decision not to investigate the Maarvi Mari incident, and requiring reconsideration because of international political concerns. In the Mavi Marmara incident, covered here many times (see Featured Image), Israeli commandos boarded a ship part of the 2010 Gaza flotilla organized by Turkish Islamists. The Israeli troops were attacked and responded with gunfire which killed 9 Turkish citizens. The incident caused a political rift between Israel and the already anti-Israel, anti-Semitic Islamist Turkish Prime Minister Recep Tayyip Erdogan. A UN panel determined that Israel's naval blockade of Hamas-run Gaza complied with international law, and that Israel faced "organized and violent resistance" when it legally boarded the Mavi Marmara. The ICC prosecutor decided not to open a formal investigation (.pdf) of the Mavi Marmara incident as a war crime, given the limited scope of the incident. The ICC judges just ordered otherwise, requiring reconsideration as reports Law Professor Avi Bell in The Times of Israel, The ICC declares war on Israel:
Read More

Posted by William A. Jacobson on January 16, 2015 7 Comments
When the Palestinian Authority submitted papers to the International Criminal Court for the purpose of seeking war crimes prosecutions of Israel, we reviewed many thoughtful and cogent analyses that based on the rules governing the court and precedent, the case may not even get off the ground. Not being an expert in the ICC, but knowing how so many supposedly neutral and objective international organizations have been corrupted by political animosity to Israel, I was skeptical:

And sure enough, right from the get-go, the ICC prosecutor has invented standards specifically for Israel. Law Professor and international law expert Eugene Kontorovich describes at Volokh Conspiracy what has happened, ICC’s undermines its own independence with Palestine inquiry:

The ICC’s Prosecutor announced today the opening of a “preliminary examination” into “the Situation in Palestine.” This means she will consider, on jurisdictional, evidentiary and policy grounds whether to open an investigation into crimes that may have been committed during this summer’s Gaza conflict. Opening such an investigation is a fairly standard step after receiving a declaration of acceptance of jurisdiction under Article 12(3) of the Rome Statute, and would not normally warrant much notice (other preliminary investigations also involve alleged crimes by the U.S. in Afghanistan and the U.K. in Iraq, though precious few Americans or British are aware of this). But this decision of the prosecutor is quite different, and extremely significant. The decision to open the inquiry involved the prosecutor determining that the Palestinian Authority is in fact a “state,” a necessary precondition to jurisdiction under the Rome Statute, the Court’s constitutive treaty. 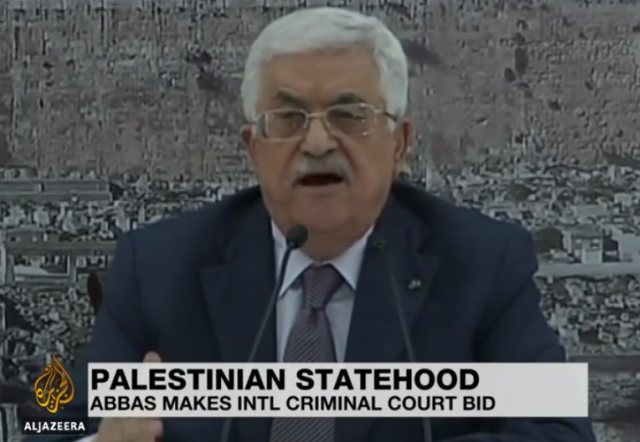 Posted by William A. Jacobson on December 31, 2014 6 Comments
The problem with the "peace negotiations" that failed numerous times over the years is that the Palestinians cling to the hope that international organizations -- primarily the United Nations and its branches -- will force Israel into concessions that harm Israel's security, and will pave the way not for a lasting peace, but more war with Israel's position being weakened. Getting more by threats than negotiations is the tactic the Palestinians just can't seem to give up. This rejectionism, reinforced by those who think boycotting Israel will also force Israel to hang itself, has achieved nothing for the Palestinians. The State offered the Arabs of the British Mandate of Palestine in 1947 was rejected. Golda Meir's offer after the 1967 War was rejected. Offers at Camp David and later by Prime Minister Olmert were rejected. Always the threats. The threat of terrorism and more Intifadas. The threat of the Security Council forcing Israel back to the 1949 Armistice lines. The threat to join the International Criminal Court and put Israeli leaders on trial for war crimes. Always the threats, never the hard compromises. The threat of Security Council action failed yesterday, though it's likely to be tried again.. Today, Mahmoud Abbas and other Palestinian leaders announced that "Palestine" would join the ICC, via the Times of Israel:

Palestinian Authority President Mahmoud Abbas signed a request Wednesday to join the International Criminal Court, a move that would establish a new avenue for action against Israel after the UN Security Council rejected a resolution which aimed to establish a timetable for a full Israeli pullout from the West Bank and East Jerusalem In a live broadcast from the West Bank city of Ramallah, Abbas signed 20 international treaties, including the Rome Statute, the ICC’s founding document.... The Palestinians planned to submit the paperwork for joining the ICC to U.N. Secretary-General Ban Ki-moon on Wednesday afternoon, but postponed it, probably until Friday. Handing over the documents is the last formal step for Palestine to become a member of the ICC, which would happen in about 60 days.... Prime Minister Benjamin Netanyahu said in response to the announcement that it was the Palestinian Authority, not Israel, that had to worry about the ICC’s judgments because of its partners, Hamas, from whose Gaza territory over 4,500 rockets and other projectiles were fired at Israel during a 50-day war this summer. Abbas’s Fatah and the Islamist terror group Hamas are the joint backers of the current Palestinian “unity” government.