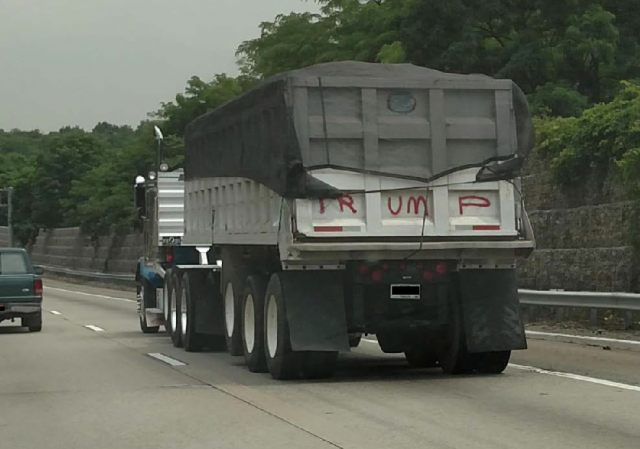 I was skeptical, so I wrote back:

You promise it's not a photoshop?

I took the photo with my Droid Turbo. If you think speaking to me personally will convince you, my cell is [xxx-xxx-xxxx]. Note that I was speeding! 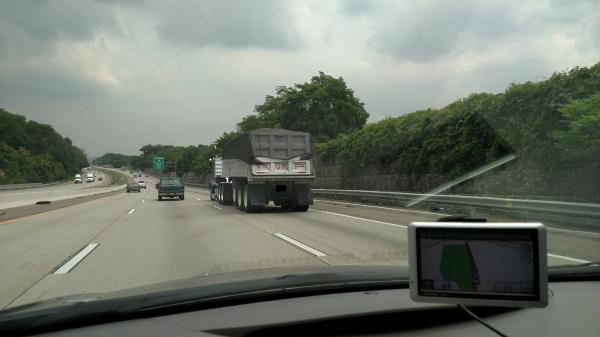 I assume you request anonymity, in that case.

Mexico's biggest drug lord escapes from jail. Unbelievable corruption and USA is paying the price. I told you so!

Can you envision Jeb Bush or Hillary Clinton negotiating with 'El Chapo', the Mexican drug lord who escaped from prison? .... 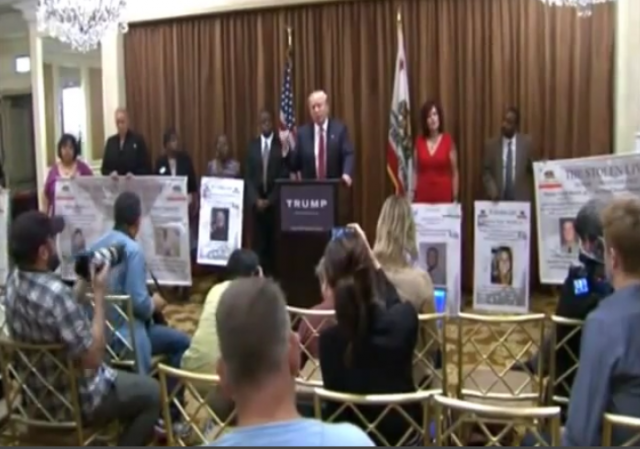 Republicans need to look in the mirror, not at Donald Trump

Posted by William A. Jacobson on July 13, 2015 64 Comments
I have a column posted at National Review, Trump’s Lesson: Voters Are Furious about Illegal Immigration As I've told readers before, I write elsewhere from time to time in order to gain exposure to new audiences. For this post, I particularly wanted it at National Review because it would speak to an audience for whom the Republican primaries and illegal immigration matter. 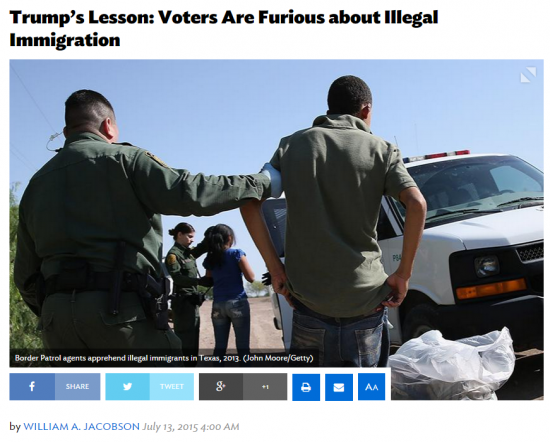 But something happened on the way to the denunciations and purges [of Trump]. Kate Steinle was murdered in San Francisco, a sanctuary city. Steinle was killed in broad daylight on a popular pedestrian pier in a business and tourist district, by an illegal immigrant with a long criminal record who had been deported five times and recently was released from custody....

Trump appears with families of people killed by Illegal Immigrants

Posted by Amy Miller on July 12, 2015 40 Comments
On Friday, presidential hopeful Donald Trump hosted a press conference in LA featuring the families of victims killed by illegal immigrants. Before he turned it over to the families, he spent a great deal of time raking the press over the coals for their coverage of his comments about illegal immigrants. It was vintage Trump, but it also led into some pretty powerful content, teed up for a duly-shamed press corps. Watch (the conference lasts for nearly an hour, and testimony from the families begins at about the 7 minute mark):
Read More

Posted by Kemberlee Kaye on July 09, 2015 54 Comments
Donald Trump thought it was a good idea to pick a fight with former Texas Governor Rick Perry, apparently.

Rick Perry failed at the border. Now he is critical of me. He needs a new pair of glasses to see the crimes committed by illegal immigrants.

"Failed at the border" is a pretty serious charge, and one that the good Gov decided to address. "Hey Donald, I saw your tweet the other day but I think you might need to borrow my glasses to get a good look at the steps I took to secure the border while I was the Governor of Texas. I cant support what you said, but no one knows the concern Americans have about our porous border than I do."
Read More

Mob rule hoists Trump out of the free market

Posted by Amy Miller on July 01, 2015 48 Comments
Today, popular department chain Macy's announced that it is pulling Donald Trump's line of menswear from its stores. Progressive activists renewed pressure on the company to adopt a more "inclusive" image following comments Trump made about immigrants. Trump instigated a mass freakout last Sunday during an appearance on State of the Union with Jake Tapper. After repeating his desire to finally finish a southern border fence, Trump stumbled over a politically correct tripwire:

"I like Mexico. I love the Mexican people. I do business with the Mexican people, but you have people coming through the border that are from all over. And they're bad. They're really bad," he told CNN's Jake Tapper. "You have people coming in, and I'm not just saying Mexicans, I'm talking about people that are from all over that are killers and rapists and they're coming into this country," he maintained.

Reaction was swift. Univision dropped the Miss USA and Miss Universe pageants (Trump is suing for breach of contract.) NBC Universal also cut ties. A petition posted to MoveOn.org demanding the mogul's head fielded hundreds of thousands of signatures, prompting Macy's to end its silence on the issue and cave. More from Time:
Read More

Will Donald trump the entitlement narrative?

Posted by Amy Miller on June 22, 2015 15 Comments
Donald Trump's big presidential announcement mostly went over like a lead balloon here at Legal Insurrection. For me, it felt like just another announcement; in terms of political theatre it was huge, but in terms of substance...to be honest, I'm still distracted by all the theatre. Professor Jacobson did a radio hit after the announcement, and described the impending Trump Candidacy like this:

“Donald Trump entering the race is pretty much like somebody throwing a hand grenade into the room. He is going to get attention, he’s probably going to cause some casualties, and he is going to absorb a lot of the oxygen in the room.”

Remember what I said about political theatre? This is what that looks like---someone who comes in and sucks the life out of the cycle just by being there. This weekend, Neil Cavuto hosted a panel for a debate on whether or not America "needs to hear" Donald Trump's message on wealth. Watch:
Read More

Trump announcement like “throwing a hand grenade into the room”

My appearance on The Joe Thomas Show - talking Trump, Jeb!, and Hillary...

Posted by Amy Miller on June 16, 2015 48 Comments
Cue the confetti cannon... Donald Trump is running for president. Today during a rally at Trump Tower in New York City, Trump became the 2,347th Republican to declare candidiacy in the 2016 primary. Via ABC News:

"We are going to make our country great again," Trump, who turned 69 on Saturday, declared. He added, "I will be the greatest jobs president that God ever created." In 2012, Trump launched a Presidential exploratory committee and visited key battleground states before bowing out in May 2011. This time though, Trump says he’s in it for the long haul; he plans to step away from the day to day management of The Trump Organization, and hand the reigns over to his children: Ivanka, Donald Jr, and Eric. He has also chosen to step aside from his hit reality show, “The Apprentice." "They all said, a lot of the pundits on television, well, Donald will never run, and one of the main reasons is he's private and he's probably not as successful as everybody thinks," said Trump, who has never held public office before. "So I said to myself, you know, nobody is ever going to know unless I run because I'm really proud of my success."

Video via TMZ (who I'm assuming is excited for the sheer amount of content they're about to encounter):
Read More
DONATE