“It is incredibly hard to say goodbye to any one member of the CNN team, much less many. I recently described this process as a gut punch, because I know that is how it feels for all of us.” 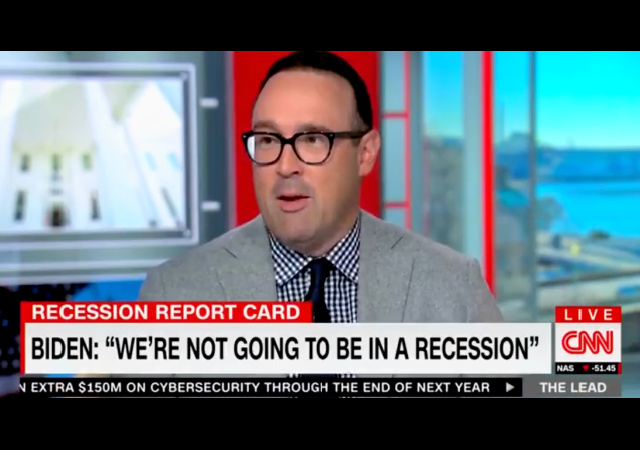 In recent weeks, CNN CEO Chris Licht warned people at the ratings-challenged network that layoffs were coming. That time has arrived, and the cuts have begun.

Cable news giant CNN will be hit by layoffs Wednesday and Thursday, part of continued cost-cutting by parent company Warner Bros. Discovery, which is trying to integrate the legacy WarnerMedia businesses (like CNN) and the Discovery businesses.

In a memo Wednesday morning, CNN CEO Chris Licht wrote that the channel will inform paid contributors Wednesday as part of a new reporting strategy, with full-time employees being informed of their status on Thursday.

“It will be a difficult time for everyone,” Licht wrote.

“Our people are the heart and soul of this organization,” the executive added. “It is incredibly hard to say goodbye to any one member of the CNN team, much less many. I recently described this process as a gut punch, because I know that is how it feels for all of us.”

The cuts are not a surprise, with Licht warning employees in late October that the news division would be undergoing a restructuring, citing “widespread concern over the global economic outlook.”

But they do come amid decreasing morale at CNN, which has already seen significant turnover this year since the Discovery merger. One of the first moves made after the merger closed was to shut down the CNN+ streaming service, laying off a couple hundred employees in the process.

According to Mediaite, paid, on-air contributors were first:

CNN Chief Chris Licht announced that the network will start making layoffs as part of his budget cut strategy, and it is expected to target hundreds of CNN employees.

Oliver Darcy, CNN’s senior media reporter, released a letter that Licht sent out to the entire company on Wednesday. In it, Licht announced that the first round of layoffs will impact the network’s paid contributors, and the network’s remaining staff would be informed of these changes tomorrow.

Licht says those being notified today are largely paid contributors and then tomorrow CNN "will notify impacted employees."

Licht will then provide an update to staff afterward. pic.twitter.com/nD0pt9Ruwj

Chris Cillizza is one of the CNN staffers who have been let go in the latest round of layoffs by Chris Licht, according to @bristei:https://t.co/ZWDKSjkEYs pic.twitter.com/c4KhRYsi3O

Journalist Chris Cillizza and a number of staffers at HLN are among the employees affected by sweeping layoffs and job cuts being implemented by CNN this week, according to multiple reports.

Cillizza, a former Washington Post reporter who wrote a blog on politics for CNN.com and appeared frequently on the channel’s various shows to give political analysis, was laid off on Thursday, Variety first reported.

My time at CNN was an absolute blast.

I got to work with smart and dedicated journalists every day.

I'm sad it's at an end but also excited about what the future holds for me.

On a related note, CNN’s Don Lemon recently appeared on the Colbert show and claimed that CNN is not liberal.

Colbert: "The word on the street is you guys aren't allowed to be liberal anymore"

CNN's @DonLemon: "I don't think we ever were liberal … We're just doing what we do, which is good journalism" pic.twitter.com/71PYkcIXGf

It’s a real mystery why CNN is struggling for ratings and revenue.

Don Lemon is correct. CNN is not liberal in any meaningful sense of the term. It is Leftist and quite Left at that. Being so Left has led to its being left with very few viewers

Somehow I don’t think Lemon knows the difference between being a Classical Liberal, a
Neo Liberal and a Progressive Leftist.

“It’s a real mystery why CNN is struggling for ratings and revenue.”

This capture to problem best.
At a network that claims to be staffed by the best and the brightest, they don’t have a clue why nobody wants to watch, or pay for advertising.
They are competing with MSNBC for the far left delusional viewers and there just aren’t enough of them to pay for their own channel, much less two or more.

Now that the damage has been done the CCP has redirected the flow of funds.
There is your answer.

Still waiting for the deck chairs once again to be rearranged. Let’s all remember that the third Emanuel brother Ari is part of this process. The big shake up is all for show. The partners in this endeavor are not your friends.

What a loss. Without the old CNN, who can we look to that will advance socialism on a daily basis? Fortunately, we have the dependable gate-tenders, ABC, NBC, CBS, CPB, NPR, print-media, Hollywood and academia. They’ll just have to do for now. Just remember the battle cry: “If it don’t advance socialism, then it ain’t news!”

Rich socialists are an interesting animal, are they not? Their sharing does not extend to themselves.

Wait! They actually pay these people???

What will the world do without the important and intelligent commentary from this Loomis Chaffee graduate with his Georgetown BA in English? Talk about someone who contributes SO much value to society.

The HLN is basically gone for good, something that went near around the clock operation was pared down to a former shell of itself and now live programming is done. The way people get their information changed and even a 30 minute news show was not viable. News Nation started out in a similar manner and found itself getting no traction and moved to the 1 hour talk show format in the evening.

Good news for Chris Cillizza! There is an opening at DOE for Deputy Assistant Secretary for Spent Fuel and Waste Disposition, providing you don’t have a history of stealing women’s luggage.

What’s a Chris Cillizza and what does it matter that he was laid off by CNN?

Honestly, I’ve never heard of him. Did he do anything of note besides being canned or are headline writers and editors just getting lazy?

I have never really watched CNN since Zucker took over and it jumped into a cesspit of grievance anger, blather and stupidity, but I have faintly encountered this Cillizza character. He seemed a dimwitted loon who felt he had to add his meaningless take on a talking point already ordered by Shareblue. The DNC MSM official media command post.

You mean the revolving door at CNN hiring “journalists” and Dem Operatives in the Administrations is closing? Whatever will those hacks do now?

Another one bites the dust. I am so happy to see the near total collapse of CNN and their party apparatchiks.

After nearly three years of gaslighting Americans about a useless faux vaccine, support for the total demise of small businesses that were shuttered, and government masters telling the serfs when they could go out, whether they can work, where they can purchase groceries, and the micro management of our every day lives.

I don’t care what their names are. They deserve to be unemployed.

These are the people that told us that we can’t stand in a line at a restaurant, but it was OK to stand in lines at WalMart.

These are the people who said that gathering for protests at our state capitols was unacceptable, but feral brown shirts could roam the streets and burn our cities to the ground.

Getting fired is not the result I am looking for. Their total annihilation is my goal. I hope that they are unalived by the vaccine “unknown causes” syndrome.

But we know they won’t, because the serfs got the clot shot. These asshats got water injected in a faux show of “get the vaccine.”

I will celebrate every day whenever these people lose their jobs. Twitter and CNN- big WINS!

Now we need to downsize the feral govt of those who claim to be civil servants, but are actually uncivil tyrants.

I’m so old, I remember when CNN reported the news, vs. commented about it.