“The university held the open session, facilitated by Assistant Director for Student Diversity and Inclusion Programs Chatashia Brown, after learning that several students organized a petition to support the cancelation of the play and planned to protest on opening night.” 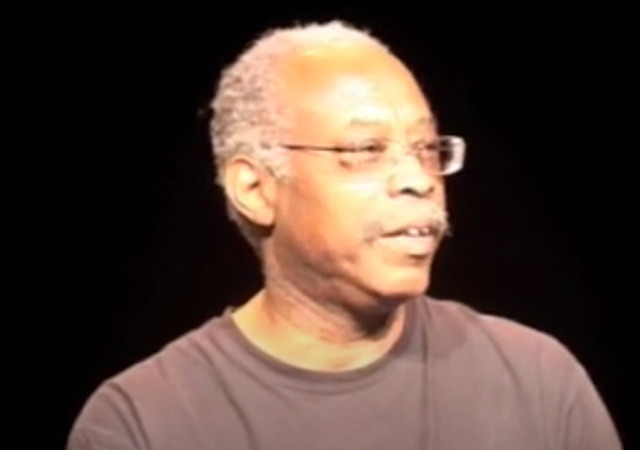 The production of a play by black playwright Carlyle Brown has been canceled at Texas Wesleyan University because one of the characters uses the n-word and members of the Black Student Association declared that this would be too triggering.

The play is about the beginning of the civil rights movement in the south, so the word is clearly being used in a historical context.

We have been following cases involving faculty disciplined or fired over the use of the n-word in classes (including courses on racism) or tests.  Recently, a GW professor was removed from his class for such a reference. Now, “Down in Mississippi,” a play written by African American writer Carlyle Brown on the birth of the civil rights movement, has been reportedly canceled. Students objected to the use of the n-word in a play that tries to capture the environment of hate and racism of the period. Texas Wesleyan’s Black Student Association declared the reference to be harmful and “triggering.”

Calling for a boycott, the Association declared that allowing the play to be heard would “further hurt Black students and possibly students from other marginalized communities.”

The student newspaper, The Rambler, describes the process that led to the decision:

After a one hour and thirty-minute open listening session Thursday, Theatre Wesleyan students and faculty have decided to not perform their production of “Down in Mississippi” at Texas Wesleyan because of the reaction of students over the racially explicit language used in the play between a white actor and black actor.

“The decision was made after lengthy meetings of theatre department students and faculty.  These theatre department discussions took place following the open listening session Thursday during which students and the entire campus community engaged in an open discussion about Theatre Wesleyan’s production of the play,’ Texas Wesleyan University said in an email sent out today.

“The listening session allowed for meaningful and consequential engagement for our students, staff, faculty, community members, and the chairman of the Board of Trustees,” the email continued.

The university held the open session, facilitated by Assistant Director for Student Diversity and Inclusion Programs Chatashia Brown, after learning that several students organized a petition to support the cancelation of the play and planned to protest on opening night.

I can understand why these students don’t want to hear that word, but this is a play about history. Theater is supposed to be bold and challenging.

Also, does anyone believe the school would cancel a play for being offensive to Christians? Republicans? Trump supporters? Not a chance.

These wokesters are going to cancel each other out with any luck. The left always seems to do this. We should encourage and support this with helpful suggestions as to where some suspicious ‘non woke’ activity might be lurking. Make them suspicious of each other.

I visualize a snake eating its tail.

Perhaps they would have preferred if the racist was played by a black man in white face?

Oh look!
Guess it’s not “your word” after all!
The Marxists have confiscated it entirely!

The N word…..
Look, it’s offensive language. But this is the only word in the English language you cannot ever say. Used to be The F Word. Now that’s common in public. But The N Word is at a banishment level The F Word never reached.

I really don’t understand it. I understand why the Thought Police have banned it, but I don’t understand why it’s been OK’d by the general public. Because what happened here is a consequence. And the banning never stops. It only gets worse, as we’ve seen since since the Thought Police have taken over the culture. Of course, they will allow The N Word all day long as long as you are the right skin color and it’s in a song.

“…the Thought Police have taken over…”

Yeah, don’t even think about it!

Mature, confident, intelligent, empowered people do not surrender any of these attributes to a word. Any word. I don’t care how hatefully it has been used historically.

How much more empowered would all these triggered students be if they would just recognize that words are words, they cannot hurt you, they are not violent and one’s ability to ignore them is empowering.

Why would anyone ever want to admit that a word causes them to break down or be triggered?

Carlyle Brown, who is black, wrote Down in Mississippi, which depicts themes from the South during the Jim Crow era prior to the passage of the Civil Rights Act.

The student newspaper, The Rambler, reported that Brown attended the discussion on a ed his work in a video call with students, saying he didn’t write the play to trigger them and that he was sad and insulted by the students’ assumption that he was “dismissive of black people.”

“You young people are the ones who need to take the mantle,” Brown said. “And so maybe you should be less fragile and try to listen to what your former generations are trying to teach you for the well good being of all of us.”

“listen to what your former generations are trying to teach you”

The response he will get is more or less “Ok, Boomer”. The current youth have been taught they are moral and all others before were not

Hell, if we said it here the comment would be deleted, I think. I assume a poster would get banned for that? I don’t really know the rules here.

Apparently these pupils removed their earbuds blaring the N word throughout their ghetto rap albums long enough to express their trauma about being subjected to it in a thoughtful play they had no intention of attending.

I was thinking the same thing

They do it because they can get away with it. Exercising power when they really have none.

I assume it is because the word is used by a white actor.

They should just bowdlerize it and take the n-word out.

I seem to recall that the “We” referred to could have more informatively been “We Democrats”. I suspect that is rather hard to find in the re-writing of the history of “racist America”.

You need the playwrite’s permission to substantively alter his work. (See Lin Manuel Miranda suing the church who did this). The Black playwrite tried to explain the importance of the useage in the play providing a look backward and teaching about those times from the eyes of their elder geneeation of Blacks during the time just prior to the Civil Rights Act.

A word you can’t mention in titles, articles or comments because black people are so weak that it makes them cry.

Put another “win” on the scoreboard in favor of the Ministry of Truthers.

In rap the n-word takes on a rogue sentiment, truth teller who says and does what he wants, living by his wits, flummoxing The Man.

Or it can be used fondly, “you-re such a n-word,” meaning acting in a self-defeating way.

It has a whole performance range. Malevolent uses are almost extinct now.

And yet, the NFL welcomes n-word using rappers to perform at the Super Bowl.

I was just going to say, pretty sure they don’t listen to black rap
Music

Somehow, only certain groups can use certain words. Then, it must be in particular context. Mysognyst, vile “rap” lyrics, anything goes. Serious literature need not apply.

After the discussion they all shook hands and then watched Mel Brook’s Blazing Saddles and had a good laugh.

Texas Wesleyan University administrators must explain why they are being so niggardly in their judgments.

I’ve got some words for Texas Wesleyan University to ruminate upon:

“…Due to Use of N-Word by Character…”

That’s nothing. Wait til these snowflakes get an earful of RAP crap.

Well, if a petition was organized that proves the righteousness of the petition.