Chinese National Convicted of Espionage after Applying to US Army Reserves

Chinese National Convicted of Espionage after Applying to US Army Reserves 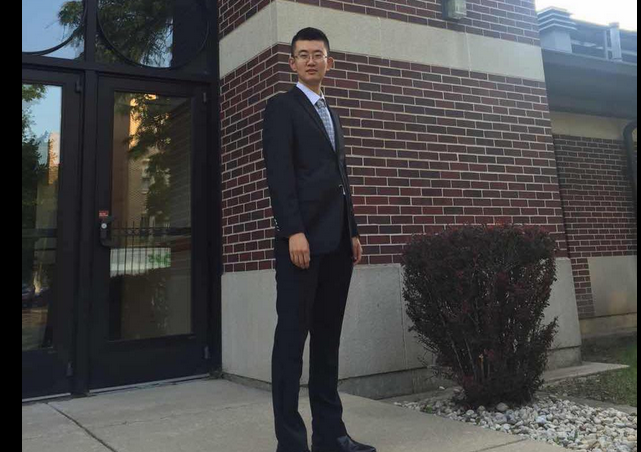 A Chinese national who is former graduate student at the Illinois Institute of Technology has been convicted of spying for China before trying to enlist in the U.S. Army.

Ji Chaoqun, 31, was found guilty of the charge, as well as one count of making false statements to the U.S. Army. Chaoqun remained in regular contact with Chinese government officials while living and working in Chicago.

Chaoqun kept Chinese officials abreast of information regarding individuals targeted for recruitment by the Jiangsu Province Ministry of State Security.

He apparently had skills deemed necessary for national security.

Once a graduate student in Chicago, Ji enlisted in the U.S. Army Reserves in 2016 under the parameters of the Military Accessions Vital to the National Interest program, which extends enlistment opportunities to select legal aliens who possess skills pertinent to national security. Ji reportedly stated he had no affiliation with any foreign government during the enlistment process and in at least one subsequent discussion with a U.S. service member.

While serving the Army, Ji acted as an agent reporting directly to high-ranking intelligence officers in China’s Ministry of State Security, according to evidence presented in the case and a criminal complaint.

Ji was tasked with providing his superiors with biographical information on prospective recruits who could be of value to China’s Jiangsu Province Ministry of State Security, a regional foreign intelligence arm of the national intelligence apparatus headquartered in Nanjing, China.

“The individuals included Chinese nationals who were working as engineers and scientists in the United States, some of whom were U.S. defense contractors,” the release said. “This tasking was part of an effort by the Jiangsu provincial department to obtain access to advanced aerospace and satellite technologies being developed by companies within the U.S.”

The defense team asserted he…was an innocent pawn in a global power game.

Damon Cheronis, Ji’s lead attorney, reportedly painted his client as an oblivious pawn in a larger game of global espionage. He also stressed that Ji had never stolen any government secrets.

“It was a complicated case and luckily we live in a country where a jury gets to decide these issues,” Cheronis told the Chicago Tribune. “While we are obviously disappointed with the remaining counts, we respect the jury process and the hard work they put into deciding this case.”

Ji has remained in custody since his arrest in 2018. He faces up to 10 years in prison for acting as an unregistered Chinese agent and up to five years each for his conspiracy and false statement convictions.

A sentencing date for Ji has not been set.

For every one they catch, many more get away.

So how many get away? As Debra Kerr told Robert Mitchum, “Heaven knows, Mr Allison.”

Wow, a Chinese National being caught spying for the commies. I never would have thought…

According to “The National Intelligence Law of the People’s Republic of China” every Chinese national, every Chinese company has to assist the Chinese intelligence/security services when it comes to spying and intelligence gathering. Chinese students studying abroad are periodically called in by Chinese officials in embassies/consulates. If they’re not producing, their permission to study abroad may be revoked.

They appeal to Chinese nationalism, or simply to the fact that their relatives in China are hostages. They use the iron fist. Whatever works. The bottom line is that Chinese nationals are basically slaves. And it does work. The Chinese run the largest HUMINT operation in the world. I actually have some sympathy for Chinese who spy for China as they have no choice.

I have no sympathy for this fool.

“U.S. Man Sentenced to Prison After Spying for Chinese Girlfriend

He was a 59-year-old retired Army officer working as a civilian contract employee for the U.S. Pacific Command in Hawaii.”

I thought you were talking about Swalwell and Fang Fang….

Maybe I was. But Pelosi, like Biden, is on the payroll.

Others may not be on the payroll, but they’re on the team. The “tell” was when it became all of a sudden racist to call the Chinese virus Wuhan or anything else related to China. They still called the West Nile Virus the West Nile Virus. Same with Zika, and Ebola. I guess Uganda and the DRC don’t have the fat checkbook.

The West Nile Virus is named after a province in Uganda.

Ebola is named after a river in what was once Zaire. Now the DRC. It was named after the river because the village where it was first isolated and identified was a seasonal settlement.

But Wuhan, the capital city of Hubei province in China, is no seasonal village.

It may seem that I’m making a big deal about a small thing. It’s what we in Naval intelligence called a clue. These f***ers followed naming convention until the CHICOMS told them to stop. Then those on the payroll/team asked, “If you want us to jump, tell us how high?” The CHICOMs said, “Claim it’s racist to name diseases after places.” So they did claim that. But that’s a lot of history to erase. Rocky Mountain Spotted Fever, anyone? I’m so f***ing racist against people from the Rockies. Anyone believe that?

They were all dedicated from the start to hide the origins of this virus, and they’ll do it again.

These f***ers can’t clean up their own tracks. It’s beyond obvious they’re betraying the country.

I thought it was Bang-Bang.

The real bleeding of our technology and innovation occurs with the Chinese postdoctoral spies in academia.

They have already been caught numerous times, but they are still allowed entry into our schools, taking the place of citizens and weakening our country.

I’d like to see EVERY Chinese student tossed out of our schools and sent home.

I’m pretty sure where I came across this tidbit this week was not LI, so if it was, apologies for being redundant.

Were you aware that China has opened up literal Chinese police stations in the US, Canadam and Europe?

The excuse on paper is that these facilities were opened to “combat the growing issue of fraud and telecommunication fraud by Chinese nationals living abroad,” but in reality they exist to monitor Chinese citizens living abroad and deny them any escape from the long arm of communist Chinese oppression.

Possibly the biggest irony is that due to diplomatic immunity, these communist Chinese spymasters and plantation overseers in New York are fully privileged to carry guns — something denied to their victims (and to the rest of us Americans).

So it’s official – living in NYC is now just like living in Communist China, except for all the “diversity.”

Bah. I think it’s because I added target=”_blank” t open a new page. Well, I won’t do that again. Here’s the raw link:

The defense case is that “he didn’t give away any secrets, he just gave the names of potential spies for his government to recruit.”,

That sounds like he is not a spy, but a master spy.