“They say the degendering of language undermines the very purpose of an all-girls school.” 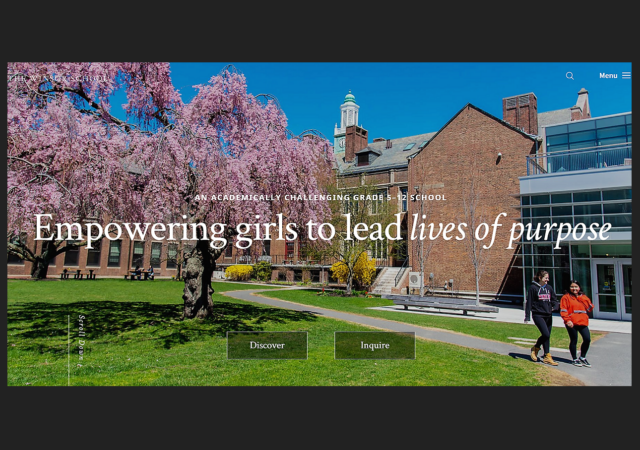 We recently highlighted the new policies at the Winsor School in Massachusetts. Parents don’t get it and who can blame them?

“Why Is This Now the Priority?’ Parents Baffled as Girls School Removes Gendered Language

The recently adopted changes to its use of gendered language by an elite girls’ prep school in Boston has some parents scratching their heads as to why the institution has focused so heavily on the modifications. They’re also questioning how the school will continue to market itself as offering education in an all-girls setting.

Winsor School is a private college preparatory day school teaching girls in grades five through 12. It was last fall that the all-girls institution, which costs parents approximately $50,000 a year and is routinely ranked as one of the 50 best private day schools in the United States, released what it called its Diversity, Equity, and Inclusion (DEI) report dubbed “Lift Every Voice.”

While administrators described the new document as “an outcome and self-reflection of the school’s work in diversity, equity and inclusion” it was also explained as “a touchstone for the Winsor community and a blueprint for the work ahead,” according to its website.

Yet, some parents who are only recently catching on to the changes are questioning portions of the more than 55-page report’s content that stresses inclusive language and its noted adoption of gendered language and pronouns. They say the degendering of language undermines the very purpose of an all-girls school.

Specifically, faculty and staff are discouraged from addressing groups of students as “girls” and “ladies” and teachers now address students by their preferred pronouns.

I could tell that there would be no real debate on the existence of ‘transgendered’ when the elite womyn’s colleges started admitting men who claimed to be women. I think it was Heidigger or some other German who posited that discussions were fake and only exist to bring a consensus about the pre-determined outcome.

No one, not Congress, not Universities, not even medical associations are debating whether there is any such thing as changing gender.

Men who “identify” as women are common now in girls’ colleges as well.
Take Smith College, for example:
https://www.smith.edu/about-smith/equity-inclusion/gender-identity-expression

“Smith’s policy is one of self-identification. The applicant’s affirmation of identity is sufficient.”

I wonder how they prevent foxes in the chicken coop, that is to say, sexual predators living with the Smithies. Or if they even try?

I don’t support this nonsense. But I didn’t support the forced closing of just about every all-boys educational setting either.

Maybe now we’ll have broad support from women to bring back single-sex education, somewhere down the line?