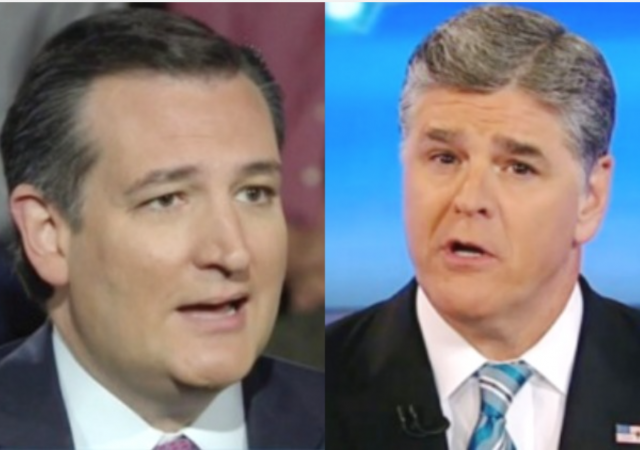 Hannity contended Republicans were most concerned about the current delegate count, to which Cruz disagreed.

Hannity cited his Twitter account, radio and TV shows as evidence that he knows best what Republicans are concerned about and again asked Cruz to explain the delegate game.

“Sean, the only people asking this question are the hard-core Donald Trump supporters,” said Cruz.

And then Hannity exploded. “Why do you do this?! Every single time, no, you gotta stop. Every time I have you on the air, I ask you a legitimate question, you try to throw it in my face. I’m getting sick of it!”

Cruz was given the chance to answer the question again and again explained that all of the, “noise and whining is coming from the Trump campaign. They don’t like the fact that they’ve lost five elections in a row. Republicans are uniting behind our campaign, so they’re screaming on Drudge and it’s getting echoed — this notion of a voterless election. It is nonsense. They are making it up. Over 1.3 million people voted; we won in landslides in all five.”

This whole ordeal is easily explained by this Free Beacon supercut: