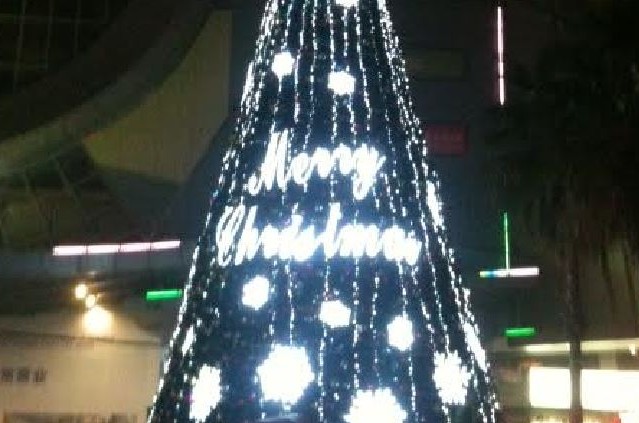 This is in Nanning, Guangxi Province, Wm. Yes, I took it yesterday evening (my time) as I was coming from the local Walmart which is chockfull of Christmas cheer.

In a country with an atheist government, the people are largely Buddhist or worshippers of Guanyin, Chinese and other Christians are not plagued at Christmas as they are back home.

This does not mean there is religious liberty. It just means the government hasn’t cracked down. Yet. 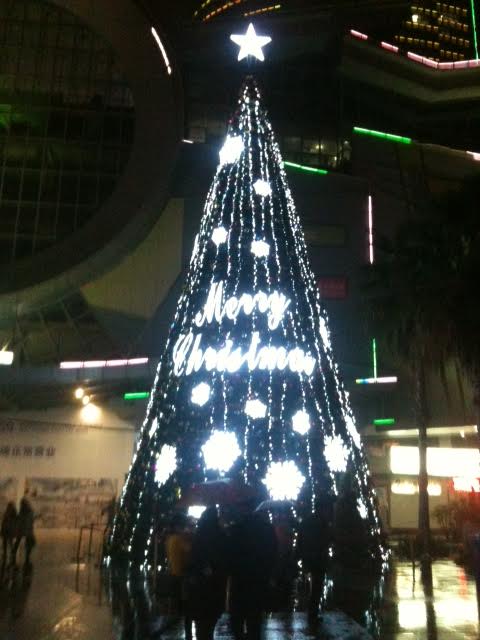 This does not mean there is religious liberty. It just means the government hasn’t cracked down. Yet.

It’s bad over there. The gov’t created a “Patriotic” Catholic Church, while it imprisons and tortures real Catholic bishops and priests. Rome has been playing John Boehner for a long time, going along with the commie gov’t.

I have a different take on this. I’m guessing the Chinese have a lot of English-language holiday items left over due to the crappy economy here in the States.

Christmas is big in Japan too. With a special Kentucky Fried Chicken Christmas meal that one needs to pre-order, and it comes with a cake.