We will not hear about this again because it doesn’t fit the leftist narrative. 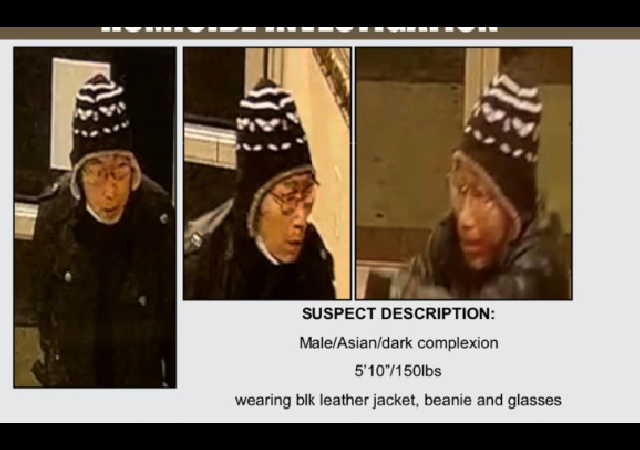 A gunman killed 10 people and wounded 10 others during a Chinese New Year celebration in California.

Instead of waiting for facts, because no sane person would ever do that, leftists and Democrats immediately blamed white supremacy and racists.

Rep. Adam Schiff and Sen. Chuck Schumer certainly use tragedies to their advantage.

I'm praying for the victims, their families, the 1st responders

We must stand up to bigotry and hate wherever they rear their ugly heads, and we must keep working to stop gun violence

Ten dead in Monterey Park. I am sickened.

A horrific example of needless gun violence. With bigotry toward AAPI individuals as a possible motive.

The families are in my prayers as we seek information by law enforcement.

Heart is beyond heavy for the victims and their loved ones.

Lunar New Year is a time of togetherness, celebration and love.

This tragedy is beyond hate.
We are broken as a nation to have mass shootings and white supremacy reign terror.

Our community is shattered. https://t.co/S6Omoj10Qt

Nope. The suspect was a middle-aged Asian man. A community leader said it was over a “domestic dispute”:

Community leader Chester Chong told ABC7 that the owner of the dance studio on West Garvey Avenue was holding an event there on Saturday. Through talking with friends that were in attendance and other local leaders, he said a woman was invited to the event but not her husband, which made him upset. Chong said he believes that woman’s husband is the suspect in this case and jealousy may be a possible motive for the shooting.

According to Chong, it wasn’t uncommon for the owner of the dance studio to hold these types of events and only invite certain people. He said people got upset all the time about not being able to attend the events.

Investigators have not corroborated Mr. Chong’s information or given a possible motive for the mass shooting.

On Saturday January 21, 2023 at 10:22 PM the suspect male/adult/Asian pictured above was involved in a shooting. Investigators have identified him as a Homicide suspect and he should be considered armed and dangerous.
Contact LASD Homicide with any information at 323-890-5000. pic.twitter.com/2gPUBBybvv

“a woman was invited to the event but not her husband, which made him upset.”
Ah, so it was the missed invitation that drove him to mass murder?
Or that his wife accepted her invitation and went without him?
What happened to the wife?
As for Democrats knee jerk blame of “white supremacy” and “racists”, when Mao croaked, there was a power struggle to succeed him, and his ex-wife and “Gang of Four” thought they could get the upper hand.
But others acted quickly in the public sphere, branding the widow a “capitalist roader”, the worst possible insult in Communist China, and down she went.
Democrats merely use “white supremacist” in place of “capitalist roader” and it works all the same.

My tinfoil hat suggests loudly that he suspected (or knew of) her having an affair with someone at the dance org.

Ok, so crime of passion dispatches the cheating wife and her paramour.
But all the other people at the party?

1. He considered them “enablers.”
2. He thought the whole dance club was a NXIVM-like cult.
3. They were between him and them.
4. He had already gone though the trouble of loading the whole magazine.

Lucky? More like astonished since the shooter’s family name appears to be a common Vietnamese name with Chinese roots. A poetic form created in Japan would be an unlikely choice for self-expression.

I’m old enough to remember when immigrants were still allowed to have individual national origins, instead of being absorbed into monolithic geographic or linguistic “supergroups” like “Asian” and “Hispanic” for increased political clout.

It seems this is a cultural thing. And pretty insulting.
(If a European/American invites your wife, it by definition includes you.)

And definitely not any of the hatreds that Progressives would love to blame to advance their utopia.

Nah. They can always blame the guns, no matter who held them.

According to the FBI’s violent attack data. When it comes to violence:

And, Asians are more likely to be attacked by Blacks.

Every once in a while, it is white supremacy. So if they keep blaming it, every once in a while they’ll be right. Not often, but enough that they get the occasional win to keep their hopes up. Like someone who always bets on the horse whose name comes first alphabetically.

But not against Asians. I’ve never heard of white supremacists attacking Asians. I’ve seen a fair bit of anti-Asian bigotry, and every single time it was from black people.

I am the only white person in my Asian/American household, I see discrimination all the time. but very seldom from Whites, usually just crazy old bats or dowager women that hate men, Hispanics never, Asians Never. American Indian Never, Hindustani never. I will let infer the rest.

No, every once in a while it is not due to white supremacy. In fact, out of all the mass shootings only one was due to a white supremacist hating his victims (the church shooting in South Carolina). Every other one is just due to the sheer malevolence of the killer.

Wrong. It is not often white supremacy, but every so often it is. Charleston was far from the only one. Just recently there was the Tree of Life shooting, and the one in the supermarket in Buffalo.

White supremacists are a real threat, but they’re rare. Like Catalina rattlesnakes; you’re not likely ever to come across one, but if you do they’re deadly. So in practice they shouldn’t be your top worry, unless you happen to live right near a known nest of them

Hatred of blacks, as in Buffalo, is not necessarily white supremacy.
White supremacist is simply a leftist demonization term.
Randy Weaver was a white separatist, a perfectly legitimate, victimless choice.
He was demonized as a “white supremacist” by the MSM in order to help excuse the US Marshals and the FBI for screwing the pooch as completely as they did.

So in practice they shouldn’t be your top worry,
But you should probably go armed so you can defend against them, as necessary.

“Every once in a while, it is white supremacy.”
True.
And sometimes, black supremacy, or yellow, or red, or etc.

Black supremacy is far more common than white supremacy. Just for two examples out of many, consider the Nation of Islam and the Black Israelite movement, both of which have at least a hundred times more members than all the white supremacists put together. And they’re far from the only ones.

It is the left who do things like call Asians “white adjacent” and put limits on how many can go to college.

You, sir, win the internet today.

Like George Zimmerman the white Hispanic – a category that never existed until the New York Times invented it after Zimmerman shot Trayvon Martin.

A side point: What is it with “Lunar New Year”? It seems like our betters decided a few years ago, all of a sudden, to erase “Chinese New Year” from the language, and replace it with a name that makes no sense.

There is no lunar new year. The moon has a month, but not a year. There are many lunar calendars, most if not all of which put together a “year” by combining 12-13 months, with an arbitrary starting point that each one sets differently. The Chinese calendar is only one such calendar, and it starts the year at the new moon we’re now on, the one that usually comes in or near February. The Jewish calendar starts the year four months ago. The Moslem calendar always has 12 months in a year, so the year keeps drifting through the seasons; the current year began six months ago. And there are others.

So today is the beginning of a lunar year, but hardly the lunar year. Calling it “lunar new year” is an act of cultural supremacy or appropriation or whatever the appropriate left-authoritarian term is. If “Chinese New Year” is too restricting, perhaps one could say “East Asian New Year”; but the fact is that the calendar is Chinese, and all other countries that use it borrowed it from China.

You can no longer call someone Japanese or Chinese, even if you know for sure that they are. You must call them Asian, so that no one will know if you’re talking about a Russian, a Filipino, or a Pakistani. And for heaven’s sake don’t call them Oriental. I have no idea why, just don’t.

But I guess the phrase Asian New Year was too stupid even for Progressives. But Lunar New Year, for some reason, wasn’t. Perhaps that’s because they’re all loonar.

Honestly, it’s because they’re ignorant. They do NOT know about all the other lunar calendars. They don’t have any clue about when they all start and end.

Plus the Chinese calendar has all those cute animals on it! So it must be THE lunar calendar.

Are we still waiting for the left to denounce this political violence?

wearing that beanie should have qualified as a misdemeanor at least

I was thinking the same thing.

However, there is also this:
A man walks down the street in that hat, people know he’s not afraid of anything.

The only worthwhile Baldwin.

72 years old, this guy lived a full life so I’m guessing there was something else going one besides being upset at repeatedly not being invited to events at this studio. We will have to wait and see on that but I’m thinking this guy was not mentally well on top of whatever motivated him to shoot all those people.

Seeing as he is dead not likely to learn much about his mental state. What I wonder is if his wife went to the event. Only your wife is invited and she goes? That would tilt a lot of people. No excuse for what he did, but people do a lot of stupid things for a lot of stupid reasons.

Or little to no reason at all.
.

Yeah it’s going to depend on if he left behind a manifesto, other writings, social media, other clues that might tell us what was going on in his head.

This is a Vietnamese (or Chinese) culture. There’s a lot of honor (face) involved, and not the same norms as we might be used to. He could have grievances against the wife and against the studio owner/organizer of the shindig.

BTW, let us not forget the heroic actions of Brandon Tsay. He wrestled with the killer over his firearm at another ballroom, and disarmed him, preventing further bloodshed. Killer left after that.

You mean the high-capacity magazine in the “assault pistol” didn’t make the attacker unstoppable? I thought those things could turn anyone into an unstoppable juggernaut of death. Maybe they’re not so magic after all.

I heard the killer had met his ex at that same Dance site, and now she was going there and meeting other guys. Was she targeted as well? I haven’t heard.

Plus, that world class wanted poster photo!
Put out an APB for the Dalai Lama!

Best part of your article is where you refer to a 72-year old man as “middle-aged.”