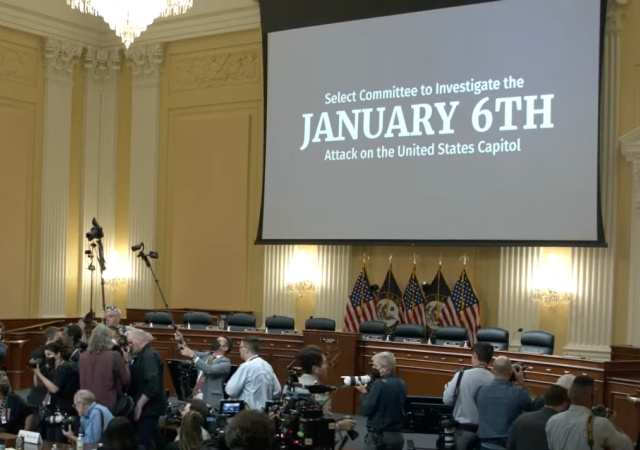 The records included 2,000 Social Security numbers belonging to members of President Donald Trump’s cabinet, visitors to the White House, Republicans, and even their family members:

While the spreadsheet with the numbers was taken down Wednesday, the high-profile nature of the people whose data was exposed probably puts them at an “elevated risk” because the information would be especially useful to intelligence agencies, said James Lee, chief operating officer of the Identity Theft Resource Center, a nonprofit organization that advises victims of identity crimes and compromises.
Lee recommended that people listed follow common tips for victims of identity crimes, including freezing their credit, using a multi-factor authentication app for their online accounts and setting up credit and account monitoring.

Exposed individuals don’t appear to have been notified about the leak. The Government Publishing Office (GPO), which originally published the file, did not respond to a request for comment on whether it planned to notify people whose Social Security numbers were exposed.

“To my knowledge, we were not notified. The governor was not notified,” said Ian Fury, a spokesman for South Dakota Gov. Kristi L. Noem (R). Social Security numbers were listed alongside the names of Noem, her husband and her three children.

“Whether it was a careless and sloppy handling of records or a deliberate disregard of decorum, either scenario is a perfunctory and callous display of government and a frightening reminder of the current state in Washington,” said former housing and urban development secretary Ben Carson, whose name was listed in the spreadsheet alongside a Social Security number. “President Reagan was a savant indeed — the nine most frightening words to hear are ‘I am from the government and here to help.’”

A former Jan. 6 committee aide, speaking on the condition of anonymity because they weren’t authorized to speak publicly, said that committee “records released publicly underwent a review process to redact personal details and other sensitive information.”

“Any release of such information was inadvertent,” the aide added.

Amateurs and clowns, all.

Never forget: they can’t publish what you don’t provide them.

Is no act too low and scummy for the J6 Committee?

Don’t worry – Kevin! McCarthy will take care of this!!….

Imagine if Trump was Speaker. These people would be in jail.

But, he is not, and never will be. His days of public life – aside from being a gadfly – are over.

The speaker has no power to put anyone in jail, let alone a fellow representative.

Is there any doubt it was the latter?

This happens way more than people are aware. There are very strict rules about handling PII, personally identifiable information. Only persons who need the information can have access. There’s no need for Social Security Numbers to have been available for anyone other than a couple designated staffers at most. The Fed regs on this are designed to impose barriers to sloppy handling or human error and if you disregard the regs this is the result.

As an example, a Soldier is asked for his SS# by his Company Commander. (The damn Co HQ has this already so there isnt a need to ask but they do it anyway for sign in rosters) The Soldier can refuse to provide it when the Commander has not disclosed at the time of asking
1. the purpose of request
2. how the information will be used
3. how the info will be
A. Recorded
B. Safe handling /PII procedures
C. Who, by name, will have access
D. Data destruction date
E. Data destruction procedures

All that crap must be in formal policy letter, posted in public areas. Some clerk on the access list changed units yesterday? The policy is outdated and no longer valid. Soldier asks for it and it isn’t provided? Nope, that’s not a lawful order. In fact the Co Commander demanding the data is now in violation of his BN, BDE, DIV, Corps policies as well as Dept Army and DoD policies.

Firearm ownership databases also have a curious tendency to be “inadvertently” disseminated.

This wasn’t a bug, it was a feature.

Big Lawsuits on the way — or else. Sue them into oblivion

Sue whom? Congressmen and their staff, when acting in their official capacity as part of the legislative process, are immune from the law. (See Gravel v US)

“ Any release of such information was inadvertent,” the aide added.”

Fire that aid and let’s call that a start.

Never assume it was incompetence when a motive is obvious

Perhaps another inadvertent disclosure will happen after the house changes hands. After all mistakes happen.

Uh, I was reliably informed by the Social Security Act of 1935 that all SS numbers were private information only to be used by the IRS for tax purposes and never for public identification.

Maybe a govt. run by wicked people with nigh unlimited budgets, and zero consequences for being total cockups isn’t a very good idea.

This is taxpayer subsidized doxxing