A case study in what’s happening in academics as real science morphs into narrative support. 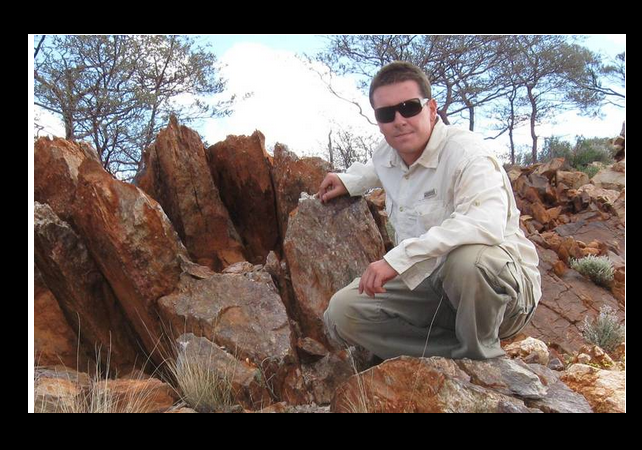 Yesterday, Professor Jacobson reviewed how “mania has taken over academia where every issue, including math, revolves around race and the patriarchy.”

Today, I review a case study demonstrating the consequences of what happens if that mania goes unchecked.

Dr. Matthew M. Wielicki is an assistant professor of geology at the University of Alabama.

Or, rather was, until he became tired of battling the ideological capture of geology and climatology.

…were founded on. These are no longer places that embrace the freedom of exchanging ideas and will punish those that go against the narrative. Although I had worked from an early age to earn a Ph.D. and become a professor, like my father, I feel the profession…

Wielicki has stellar credentials (including experience in geochemistry and early Earth chemistry, which was part of my studies many years ago). Despite the energy, time, expense, and devotion to pursuing research, he concluded that continuing on the academic track was “no longer worthy” of his efforts.

…lest they lose their positions and research funds. I will continue to objectively review the current state of the science and provide my expert opinions through social media and a future podcast and book (hopefully, coming soon). I appreciate all of the support I have…

Based on the narrative being pushed, Wielicki is a veritable heretic. For example, he argues that the climate is complex…and the carbon dioxide levels couldn’t impact the whole climate system. Therefore, there is no climate emergency.

In fact, Wielicki recognizes that he is a heretic, as he notes in a video discussing that “climate change is not science, it’s sciencism”.

The fact that because I don’t accept that CO2 is the single thermostat on climate, I’m a ‘climate denier’ or ‘science denier’. This isn’t how the scientific method works. This isn’t how science works.

Science used to be very separate from religion. Bit now it’s no longer science…it’s sciencism. And sciencism is a religion. And in that religion, I am a heretic because I can show evidence and be skeptical of the idea that there is a single trace gas that drives all of the climate and all the weather events.

I would be remiss if I failed to include this hilarious disclaimer on Wielicki’s YouTube video:

The former professor concludes his Twitter thread with gratitude for the support expressed in the replies and an indication that he will continue to press for real science, rigorous debate, and free disclosure of critical information and data.

Just want to say thank you for the out pouring of support. 😊

We wish him luck and success in the next phase of his career.

One last point: This man is a talented, passionate educator and researcher. His departure is likely only one of many similar losses throughout this country, as talented men and women opt to pursue something not as soul-draining as trying to make a living in woke academia. Ultimately, our nation will be poorer, less prosperous, and less secure as a result.

Attributed to Galileo after recanting his belief that the earth moved around the sun.

There is real valuable science and research being done. It is just not in academia – the Universities are not looking for the Truth. And he is correct – the sun causes climate; think glaciation.

Another case of abandoning the battlefield and leaving it to the enemy, just like New Yorkers and Californians moving to friendlier climes. I don’t blame them, but it won’t win the war.

Not that at all. My husband is also a phd geochemist. He says research science is chasing after research dollars from the government, piggies at the trough. Why stay and fight in that kind of a scenario? What are you fighting for? Better to be in industry doing clean-up than pushing whatever pseudo-science gets you money to prove their point.

As I said, I don’t blame them for giving up and moving on, but don’t pretend that they’re doing anything but leaving the field to the enemy. One less dissenting voice is still a loss for truth, justice and the American way.

Look at it this way — you’re leaving a bunch of second-raters a field they cannot hope to hold, certainly not against competition.

Not a nice thing to say about Prof Jacobson.

I can’t comprehend your statement. If you believe I called him a second-rater for remaining at a compromised college, by the same token, you referred to him as “the enemy.” So clearly, neither of us meant that.

No. I implied no such thing. The fact is, you were so intent on taking issue with my comment that you simply didn’t think through what you wrote, and your comment admits as much when you refer to the “second raters” left behind.

Have you all seen Ancient Apocalypse on Netflix with Graham Hancock ?

It’s mind expanding and also he is fought tooth and nail by the “accepted” Geological
/astronomical/Anthropological “scientists “/ educators around the world.

He also has a Joe Rogan interview from last November before the series hit along with Randall Carson, I took notes…

I don’t think this world can continue like this, it’s certainly a second Dark age

Get your Hunter/ gatherer skills polished, we’re in for a bumpy ride…

Not that at all. My husband is also a phd geochemist. He says research science is chasing after research dollars from the government, piggies at the trough. Why stay and fight in that kind of a scenario? What are you fighting for? Better to be in industry doing clean-up than pushing whatever pseudo-science gets you money to prove their point.

It was not your fault, double posting is a software bug.

The left is replacing religious deity from Him to them. It has already been spelled out via the New Testament.

“Science used to be very separate from religion. Bit now it’s no longer science…it’s sciencism. And sciencism is a religion. And in that religion, I am a heretic”

Chapter Two of The Stars My Destination (reasonably short) parodied these folks (“The Scientific People”) way back in 1956. It was the Idiocracy of its age.

Everything he said is correct. We used to allow dissent in science recognizing that the strongest ideas would be made stronger by debate and discourse.

That has all but disappeared.

My Step Father, his brother and their father were all world renowned Geologists. In fact their father was Professor Emeritus at Stanford and wrote a seminal book detailing geology and economics. He would be appalled if still alive. My Step Father and Uncle are appalled at what is happening in the geologic sciences of all places. For many years geology, like anthropology, were well represented by women and persons of color. Now it’s just wokesters running the Universities. Students see better paths by concentrating on MIS and Finance. SMH

Where does this all end? I see it as at the intersection of worthless education and ridiculous pricing – with the result being declining (expensive) college enrollment, increasing community college or trade school enrollment and corporate training programs.

Considering that science has devolved into consensus and not into original discovery through the classical hypothesis and proof methodology used for hundreds of years, we might as well start going back to phrenology and phlogiston as “consensus” science.

We need to return the Earth to its original Hadean climate

I was gonna be a geologist but my teachers in college talked me out of it. They said I took too much for granite.

Maybe they thought you had rocks in your head

Geology is founded on bedrock principles of empiricism and theory that are quickly being eroded and deformed. Progress often happens at a glacial pace, taking eons, but this is a sudden seismic shift. I hope it can weather the unrelenting pressure of this continental drift without cataclysmic effect on its topography

I see what you did there. /slow clap