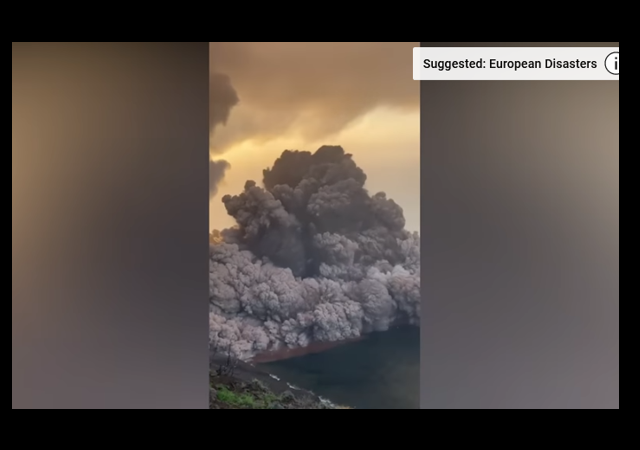 Last week I reported on two volcanoes, Mauna Loa and Kilauea, that were simultaneously erupting on the Big Island of Hawaii.

As I projected in that report, lava is continuing to flow toward the main highway on the island. However, there are no current plans to control the flow.

As of Saturday afternoon, the lava was just 2.5 miles from the Daniel K. Inouye Highway, according to an alert from the US Geological Survey. It had been moving about 40 feet per hour over the last 24 hours, the agency said.

Predicting if, or when, the lava might hit the highway, which connects the west and east of the island, is difficult.
“There are many variables at play and both the direction and timing of flow advances are expected to change over periods of hours to days, making it difficult to estimate when or if the flow will impact Daniel K. Inouye Highway,” wrote the agency in its update.

This is part of the problem with attempts to redirect the lava flow: lava is unpredictable, and it’s hard to tell where it might go next.

Lava’s “tendency to flow is extremely temperature-sensitive,” Paul Segall, a professor of geophysics at Stanford University who researches earthquakes and volcanoes, told CNN. This makes it “somewhat unpredictable.”

It’s hard to say at this point whether the lava will even reach the highway, Segall explained.

One volcanic eruption that is causing much more disruption is in Java, where thousands of people have been evacuated.

Evacuations were announced Sunday as the 12,060-foot volcano, located in East Java in Indonesia, about 300 miles southeast of the capital Jakarta, began to spew lava and ash into the densely populated island on Sunday just before 3 a.m. local time, according to local authorities.

Thick ash was blasted more than 4,000 feet into the air while lava flowed down the slopes toward the Besuk Kobokan river, about 8 miles from the crater, the country’s National Disaster Management Agency announced.

At one point, the volcanic activity level had been raised to Level 4, the highest status, according to Indonesia’s Center for Volcanology and Geological Hazard Mitigation.

Semeru is a stratovolcano, comprised of alternating layers of lava and ash (the lava containing more gas and silica compounds that Hawaii’s volcanoes). It has been in a state of near-constant eruption from 1967 to the present.

Finally, kids in Italy got a volcano day off from school, after Mt. Stromboli’s most recent eruption.

The eruption on Sunday caused an explosion and set off alarm sirens on the island.

The violent explosion, filmed by a camera from the National Institute of Geophysics and Volcanology (INGV), sent clouds of ash into the air and into the sea.

The INGV said they also registered a 4.6 magnitute earthquake early morning on Sunday in the sea the Aeolian island archipelago, of which Stromboli is included.

The Coast Guard is monitoring the flow of lava and ash into the sea to ensure ports on the island remain safe and open.

And while it is common for multiple volcanoes to be erupting around the world, this recent batch is impacting humanity a bit more than usual.

It’s perfectly normal for dozens of volcanoes to be simultaneously erupting across the globe at any given moment. But over the weekend, there were several of particularly dramatic eruptions on multiple continents https://t.co/7XD4gWN92U

Despite my comment below, I am not the one down-voting.

They don’t call it the ring of fire for nothing.

This makes it “somewhat unpredictable.”

Oh come on now, you can create computer models that accurately predict what is going to happen in the entire global climate a century from now, but you can’t predict a simple lava flow?

Oh yeah, that’s right. The lava flow will prove you wrong tomorrow, but none of us will be around to see your climate grift proven wrong.

And all this volcanic activity just might this cold European winter even colder. Mass deforestation incoming to stay warm.

Are these the same guys that create the climate change models?

No, but my basic point about the hubris of ‘scientists’ and in particular those who put too much faith in predictive models holds true.

Even more interesting: one volcanic eruption will emit megatons of greenhouse gases
and as that will affect the climate more that all the emission of mankind, even including China.

“Down hill” would be a good guess.

Pele is mad that the enviro-cult keeps blaming Gaia for this.

Her with a capital “H” choice, but hopefully not Choice. Good luck.

Pele is mad that Pele is in the ICU with pneumonia!

The Mayans were off by 10 years! Sabe us John Cusack!!

You see that cloud? That is every speck of pollution my entire state emits for about a hundred years. I don’t want to hear one squeak from the Church of the Burning Earth and Bishop Al Gore about my carbon emissions.

No, that was what your state emitted for about 100 years. I’m betting it’s closer to 500 years nowadays.

Multiple eruptions across the globe is normal but in this case it’s what again? Unusual? Sounds more like something not unusual, but I’m sure more than a few will soon seriously blame “climate change,” I guess they would deserve some credit for saying that with a straight face.

It’s CORE-VID 666, a new geological virus that definitely is not man-made.
It jumped here from a wetmarket on Venus, which as we all know is wet.

I am fluent in Google Translate. Thanks for the catch. I have been under the weather the last few days, and my foreign language skills are the first things to go.

I’d like to put a recommendation for volcanocafe dot org. It’s a run by a couple of vulcanologists and it has some great articles on current volcanoes and ancient geology.

Great! but the homepage is nigh illegible due to a darkish royal blue on a black background.

I will totally check that out. I have a list of science news pages, and I will add it to that.

So much snark while people are losing homes and businesses.

I made a conscious decision not to settle in an area prone to floods, hurricanes, or volcanos.
I drew wildfires, microbursts, power outages, and free donkeys.
You makes your choices, then you takes your chances.

Anybody ever wonder, even though there haven’t been any major eruptions in the area, why the seas around Greenland have been warming: couldn’t be magma welling up near the surface, could it? Wouldn’t quite fit into the Global Warmists’ convenient little theories, now would it? Wouldn’t require the punishments they’d like to inflict upon the rest of us.

There is a nice super-volcano under Antarctica that is melting the glaciers. https://www.newsweek.com/antarctica-melting-below-mantle-plume-almost-hot-yellowstone-supervolcano-705086

I keep telling that to my daughter who’s working down there; she replies that I’m fulla hot lava

Best keep a safe distance! 250,000 miles should suffice because, according to Al Gore,, “The interior of the earth is extremely hot – several million degrees.“

Stromboli acting up? Hmmm. If the Campi Flegrei in Naples decide to blow, that will be a true catastrophe.