No confirmation if the teen is a Cruz relative. 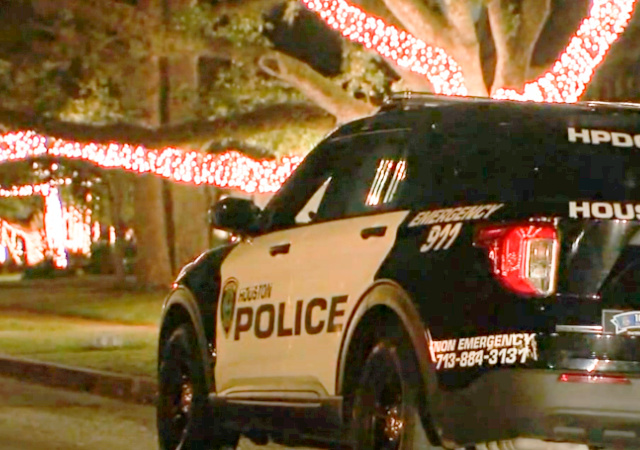 HPD told Eyewitness News that officers responded to reports of a 14-year-old with self-inflicted stab wounds on the arms in the upscale neighborhood of River Oaks. Police were in the front yard of Cruz’s home when ABC13 arrived.

The teen was taken to the hospital.

Police could not say whether the call involved a member of Cruz’s family. The Texas Republican has two daughters.

We do not know if Cruz will leave D.C. and head back to Houston.

HPD says it was “not a family violence issue” and that “no criminal activity” was involved. #houston #texas #breaking

UPDATE: A spokesperson from Texas Senator Ted Cruz’s office says, “This is a family matter, and thankfully their daughter is okay. There were no serious injuries.  The family requests that the media respect their daughter’s privacy at this time.”

I’m going to give this one the 48 hour rule. It will be entertaining to watch the same people who cried endlessly about Pelosi’s privacy and are currently fighting to keep any badgecams or surveillance footage hidden, turn around on a dime and demand ‘answers.’

Well I hope whatever is going one here (sounds like a typical teen dealing with depression) that this young girl gets the help she needs.

Yep. Leave the minor children out of the media spotlight.

One can hope, but, the press will make things insufferable for Cruz and his family.

I wish the young lady the very best. I also fully expect the Maddows and the Reids of the world to make some very nasty remarks.

Cutting is so sad. The cutters I have known were so profoundly depressed.

Let us wait and see. These initial reports are always so bad. Perhaps she cut herself cutting up some fruit.

We shall see. I am not going to be surprised either way, but at this point in my life I have zero confidence in anything the media reports within the first two days of an event.

This is unfortunately all too common among teen girls. Boys tend to actually commit suicide while girls tend to use cutting/ hesitation marks as a way to get help and call for attention. In some rare but very twisted cases its used to manipulate their families.

My daughter was one of those

Not as bad as some, but bad enough

Sounds pretty personal. I wish they would not publicize this. It is none of our business.

And somehow, the headlines n ledes manage to say “Cruz.”

The cutters of yesterday are the gender fluid borderlines of today with blue hair and hairy underarms.

“A Return to Modesty” is a good read for people who care about young girls.

May god bless the Cruz family and protect them from attacks from the media and the left.

Good luck on that! “Someone” will “come forward” with stories of this poor girl crying about abuse at home.

“On her now-private TikTok account, Caroline Cruz, 13, shared a video recently telling her viewers what it’s like being the daughter of U.S. Sen. Ted Cruz, a homophobic Republican from Texas.

“A lot of people judge me based upon him at first glance,” she said. “But I really disagree with most of his views.”

Why is this in “Legal Insurrection”?