“Interviews with 14 former employees—including five who left in the last few months—and four other people familiar with No Labels reveals a cutthroat culture, one where staffers are routinely fired or pushed out” 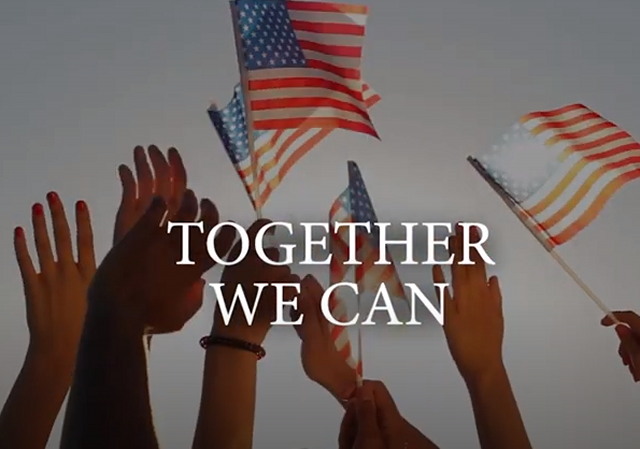 The political organization known as ‘No Labels’ popped up in 2010, right around the same time as the Tea Party and claimed it wanted to create unity between the left and the right.

Personally, I never trusted this idea or the organization. To me, no labels sounded like an idea that would be conceived by a group of ninth graders who didn’t understand the need for certain labels in the political world. I also thought the whole thing sounded inherently progressive.

They are still around and apparently are planning a “unity ticket” for the 2024 presidential election, but the organization has a lot of internal problems.

Inside the turmoil roiling No Labels’ unity ticket presidential campaign

Over the past year, the centrist group No Labels has spearheaded an ambitious $70 million project laying the groundwork for a unity ticket presidential campaign in 2024.

For that effort, its founder and CEO, one of Washington’s most successful fundraisers, Nancy Jacobson, has enlisted the help of a number of major donors and sought support in top political allies. Outgoing Gov. Larry Hogan (R-Md.), who is considering a presidential run, is the group’s co-chair. Former Secretary of State Mike Pompeo recently met with the group’s executives and donors in Dallas.

But behind the scenes there is turmoil inside the organization. Interviews with 14 former employees—including five who left in the last few months—and four other people familiar with No Labels reveals a cutthroat culture, one where staffers are routinely fired or pushed out, have little trust in management, and believe the workplace environment can be difficult for minority and female colleagues.

Many of the people were granted anonymity for fear of reprisal, though some aired their complaints to POLITICO on the record. Among their allegations:

Interestingly, No Labels uses the slogan “Together We Can” in this promotional video. That was the slogan of former Massachusetts Governor Deval Patrick in his 2006 campaign. His campaign manager, David Axelrod, would go on to work for the Obama 2008 campaign, which used the slogan “Yes We Can.”

Most of the chatter about No Labels on Twitter is negative.

No labels is one of the dumbest organizations that accomplishes absolutely nothing except for making political consultants richer.

And the fact that they hired Mark Halperin tells you everything you need to know about No Labels and Nancy Jacobson.@dlippman reports https://t.co/sTGLm538gM pic.twitter.com/X9dyjY9DcJ

NEW: Centrist group No Labels has a cutthroat culture, where staffers are routinely fired or pushed out, have little trust in management and a workplace that can be difficult for minority and female staffers, 14 former employees and 4 other people told me. https://t.co/XvVbdhdi4K

LOL to all this, my god. Amazing revelations in this story on No Labels dysfunction, like hiring sex creep Mark Halperin (!) over staff objections and making him the highest-paid employee. https://t.co/5hIVWRcBEm

I am SHOCKED that No Labels is an absolute hellscape.

Also a "unity ticket" is so hilariously stupid.https://t.co/eHIXhkrdgU

God, he must be desperate

No Labels was nothing more than a draw on GOP votes. Same as the Lenin project.

No Labels has WokeVirus 2022. There is no known antidote.

Yeah…14 FORMER employees who I’m sure have no grudge and 4 other “unnamed sources familiar with the thinking”. I’d have thought people would have learned to immediately throw the flag on nonsense like that after 4yrs of Trump. Besides, I had no idea they were still around and I watch politics pretty closely. They were never anything but a poorly funded clone of the Lincoln crew designed to split Republican votes to any who were gullible enough to buy their tripe

A spokesman for this group was on a talk radio show back in the day. Afterwards, a lady called in and said the group should be called “No Huevos.”