“Exposing children to sexually explicit activity is a crime in Florida, and such action violates the Department’s licensing standards for operating a business and holding a liquor license” 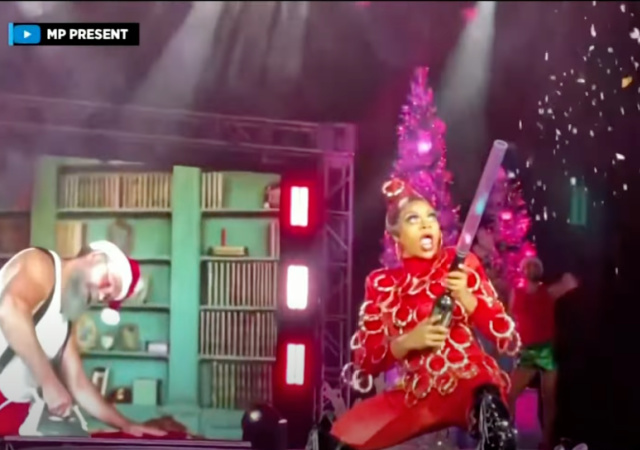 The Ron DeSantis administration is launching an investigation of a ‘Drag Queen Christmas’ show that has toured multiple locations in Florida after complaints that parts of the show were sexual in nature and that children were present.

After complaints about a December 26th performance in Fort Lauderdale, the DeSantis administration sent a letter to another venue, warning them that they could lose their business license.

The state’s business regulators have launched an inquiry into a Broward County drag show that was allegedly attended by children, according to a statement this week by a spokesman for Gov. Ron DeSantis.

The probe by the Department of Business and Professional Regulation has garnered national attention, including from FOX News and other conservative media outlets.

The investigation centers around a show at the Broward Center for the Performing Arts, which hosted the holiday-themed drag queen event on Monday.

“The Department is actively investigating this matter, including video footage and photographs from the event,” DeSantis spokesman Bryan Griffin posted on Twitter in a post that has garnered over 250,000 views. “DPBR will, like in other cases, take action.

“Exposing children to sexually explicit activity is a crime in Florida, and such action violates the Department’s licensing standards for operating a business and holding a liquor license,” the statement said.

The show is on a nationwide tour. It also stopped at the Jame L Knight center in Miami last night, as protestors prayed outside. Even before the show, the center got a warning letter from the state saying

“The Department has reason to believe that this drag show is of a sexual nature….”warning,”…if you allow children to attend the Drag Fans drag show at your facility, you are putting your license in jeopardy.”

The Hill has more:

The Broward Center for the Performing Arts, the Fort Lauderdale venue that hosted the holiday drag performance at the center of the state’s investigation, may be at risk of losing its liquor license and its ability to operate as a business in Florida, the statement said.

A spokesperson for the Broward Center said the venue as of late Wednesday afternoon had not been contacted by state officials.

According to the spokesperson for the Broward Center, admission to “A Drag Queen Christmas” on Dec. 26 was limited to patrons 18 years or older, unless accompanied by a parent.

If you watch this video report from CBS Miami to the end, it features comments from a woman named Nadine Smith of ‘Equality Florida’ who claims that this is not about protecting kids. She insists that this is just DeSantis gearing up to run for president.

The left seems to think this is some offshoot of the civil rights movement for the LGBT community. It isn’t. You want to have drag shows? Go right ahead. The vast majority of people don’t care. Just don’t include children. It’s really that simple.

This I why I like DeSantis. He doesn’t just give lip service to his principles, he actively goes after violators in a timely fashion.
Contrast all the “our border is secure” and “violation was unintentional” gaslit bullshit we constantly hear from the other side.

Costello would be better.

Your response should always be “Why do you genderbent freaks insist on bump n grind shows for children?”

The real question is: why do these freaks insist on “performing” in front of young, underage children?

The answer to that shows you what’s really going on.

These children need need to be protected by the Gov and the state of Fl. These child predators need to be met with intolerance by parents and decent people everywhere. Tolerate it and you will facilitate it.

Where are the parents?

If you believe the Broward Center, the parents are bringing them in.

That’s for the parents to decide, not you. Ratings on movies have no legal force. They are a combination of suggestions to parents, and theater policies.

I think the parents should be arrested and CPS involved

Parents have the right to decide what is appropriate for each of their children. The state has no business dictating standards to them; that way lies the USSR, or Nazi Germany. Do you want to have your children dragged away because you exposed them to “age-inappropriate concepts” such as religion?! Because that is what you’re calling for.

This situation is a variation on “The Problem of Children and Mad Men.” How far does society go in looking out for folks who can’t look out for themselves, how, and about what?

And, as ever, who decides?

There’s plenty of child-dragging-away and more by The Child Protective Soviet for letting kids play outside, or walk home from school, for example. Perhaps we might want a say in what we fund them to drag kids away for, and what not.

I become uncomfortable with Gov DeSantis more reactive, and social conservative tendencies. I’d be happier if this enforcement of the laws in place went along with a conversation about “What do we want for kids?” and “What is it our business to enforce?”

I project that the results would be about the same as the laws currently in place, except having reasoned through the trade-offs.

What? And let CPS put these children into homes where the fosters very often are harvesting a check and neglecting or abusing their charges?

Entering into the same territory for the electorate as the abortion argument.

Don’t like drag shows for kids? Don’t bring your kid.

I don’t know HOW this entire thing of grown men needing to cross dress and perform in a sexually suggestive manner doesn’t set of the creep alarm in any functional adult.

Imagine if it were a bunch of hetero dudes bringing pre-pubescent girls to a strip show.

Gads. I have no idea how I’d have reacted to these shows at a young age.

As it is, clowns gave me the jimjams in a big way. So did overly friendly clergymen.

The only thing creepier than a clown is a mime.

I’ve seen some incredible mime performances. Ones tha go way beyond the trapped-in-a-room cliche. Decades ago, I saw a performance of The Black Light Theater of Prague. No dialog, no creepy white makeup. Just incredible acting, and the cast members, both men and women, were fit, attractive, and during intermission, VERY friendly.

Why am I picturing a mime with a VERY surprised expression on his face?

Where are protests from the gay community? I don’t think all gay persons support grooming children or pedophilia. Let’s hear from them. If they want to be viewed as a positive and healthy part of the community they should start asserting objections to this unhealthy child-grooming trash.

How would this be any different if we had Stripper Story Time and brought in scantily clad female dancers or Chippendales from local strip clubs to entertain our children? Age appropriateness should be universal concept when it comes to these events.

Once again demonstrating how wrong the 21st century Republican Party was to be selectively Libertarian thank you Ron DeSantis for this victory of common sense over stupidity.

We are enforcing regulations which are not inherently bad.