Some people demanded Disney end Splash Mountain since The Song of the South inspired it. 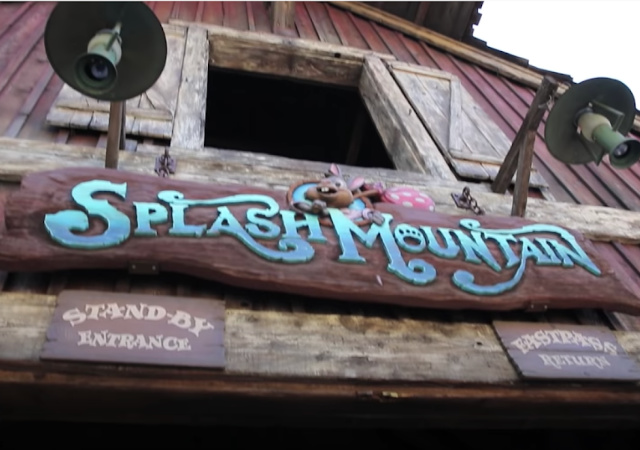 After George Floyd’s death, people demanded Disney shut down the ride because of The Song of the South. Many people consider the movie the studio’s most racist film.

A petition on Change.org suggested Disney install a ride centered around Princess Tiana from The Princess and the Frog:

There is a huge need for diversity in the parks and this could help fill that need. Princess and the Frog is a beloved princess movie but has very little representation in the parks. Tiana could be one of the first princesses with a thrill ride, as well as giving her a much deserved place in the parks. The framing of the ride is such that it could be easily changed to tell the story of Tiana while not compromising too much of the ride/costing a fortune in remodeling for Disney. This change could kill two birds with one stone, remove the offensive stereotypical theming the ride currently has and bring a much needed diversity to the parks. As well as a much bigger merchandising opportunity for Princess and the Frog.

Disney Parks Blog announced Tiana’s Bayou Adventure will open in 2024. Princess Tiana and alligator Louis will guide you through the ride:

As you can see here, fireflies will light up the night and invite you deeper into the bayou … almost like they’re waving you forward. What you can’t tell from this rendering – so you’ll just have to trust me on this one – is that beautiful zydeco music will fill the air. Zydeco is a special blend of rhythm and blues that was born in Louisiana, and when you hear it, you’ll feel like you’ve truly stepped into Tiana’s world.

Here you’ll find Louis, who explains where this amazing music is coming from. Tiana made some new friends out here – a band full of adorable critters, including an otter, a rabbit, a racoon, a beaver, a turtle and others. The band members sing and play instruments made of natural materials they found in the bayou. It feels like they may have a bigger role to play in this story … but we’ll just have to wait and see on that one.

Like so many musical genres, zydeco brings together the sounds and styles of many cultures. We wanted that spirit reflected in this scene (and throughout the attraction) so that all our guests feel welcome to join in the celebration. It’s emblematic of what we’re always striving for with our attractions – bringing people of different backgrounds together through timeless Disney stories. This new musical adventure provides us with a song sheet to write that concept into reality.

Returning CEO Bob Iger said in a town hall that he wants to return to neutrality after a chaotic year for Disney.

Iger wants the Mouse to listen to its consumers and cast members.

A petition to keep Splash Mountain has over 93,000 signatures, claiming a change would “erode the nostalgia that lives in Disney World and take away a little bit of the magic”:

Splash Mountain has never included depictions of slaves or any racist elements and is based solely on historical African folktales that families of all ethnicities have been enjoying for nearly a century.

It is absurd to pander to a small group of “Disney haters” that dont understand the story, and re-theme such a nostalgic ride. The characters in Splash Mountain do not specifically generalize any race or group of people, they are nothing more than caricatures based on the turn-of-the-century America. Modifying Splash Mountain will not change history and will only encourage the “easily offended” to continue making desperate attempts at finding offence in additional attractions.To change them would be to remove a bit of our art history from the world and to be ashamed of it.

How about replacing it with Hunter’s Hideaway? Patrons would be hit up for extras, such as a seat and protection from assault after paying the initial admission fee. Ticket holders would then be whisked through brothels and crack houses by heavyset, animatronic, black prostitutes operating drug-stocked rickshaws. Remote controlled Hunter figures will be demanding more cash, by alternating offering a crack pipe or pointing a 38 special at riders.

Currency would rain down from Russian, Ukrainian and Chinese locales. The terrifying denouement would be a journey through Hunter’s art gallery for which a generous supply of vomit bags is provided.

I would prefer some kind of a wild rapper ride with loud music that could be heard all the way to Chicago.

Yes, Song of the Southside.

You found the Internet ten-ring.

The theme cars would be shaped like miniature Presidential Libraries.

The Anaheim park will feature Song of South Central.

Just cut to the chase and call it “The Drag Strip” with twerking drag queens and stripper poles.

How many of the complainers have ever seen Song of the South?

99/100 Disneygoers would have no idea what it was if you asked them.

Funnily enough, I was able to get a DVD when I visited a Texas Civil War museum a few years ago.

Which one? I’d take a detour just to get one of those.

That would be a funny “person in the street” interview: a bunch of weirdos in Koolaid-colored hair saying “…Uhhhh,,,”.

I remember seeing it at the single screen my in small hometown as a Saturday Afternoon Kids Matinee. Every Saturday the local Theater did one just for kids. Pretty special as we still had a black and white TV.

I used to love going to Disneyland. I spent many happy hours their with my son and husband.

However, I will never go again, no matter what attraction Disney builds or discount Disney offers.

How about Princess Leslie ride?

I would much prefer a Hades ride through the underworld, featuring the voice of James Woods. Such an attraction might persuade me to change my mind.

I loved taking my kids on the Dumbo ride. But, the Dumbo film was filled with racist stereotypes. Are they going to ditch Dumbo too?

You know, if the decriers of racism wanted to be useful, they could picket my local grocery store for underrepresentation of dark beer choices among all the pilsners and pale-ales. A few nice porters and a bock or two would demonstrate equality – and for the same price as a 6 pack of Bud would make it equitable. Just sayin’.

Just ask them to carry a few. I asked and they ordered a few cases. They sold so well they are now standard in the cooler.

I’ve moved on to the milk aisle, where white milk offerings dominate chocolate by about 49:1.

When will Disney make a revisionist film about poor white sharecroppers that are enslaved alongside the black man because the south won the war and the only color that matters is green?

Went on Splash Mountain in 2008 and enjoyed it very much, thank you. I’m suspecting this will be another ‘Update/Windback’ like the Tiki Room where they tried to ‘update’ it to Aladdin-themed, then wound it back to the former glory (with all the birds repainted and fixed back up to like-new) It would not surprise me if a year or two from now they go back to the old name, *keep* the parts of the attraction that people like, and put back in the removed parts with fresh paint. Disney has a habit of changing things up on their attractions to keep the customers engaged, such as the occasional tweak to Haunted Mansion. (Decorated for Christmas this year in Disneyland but not Disney World) The Hatbox Ghost tends to wander around a bit, for example.

No this is the woke

No, this is openly Leftist Disney. I haven’t wanted to go there since I was a kid, so I don’t know details of the park today. But I do wonder what percentage of the characters now are European ancestry and how many African? I suspect it is well out of balance with our current demographics and year by year it will become more so.

“Representation”… as if a Disney ride is going to inspire some poor inner city child “of color.”

I wonder if Disney subsidizes poor children to go to their parks? I am sure if they do, it will be “diversity encouraged.”

They have “gay days,” so why not underprivileged kid days?

It’s too small a world after all.

In the works is a Kamala Harris automatron that will go in the Hall of the Presidents. There has been a slight delay. They’re trying to decide if she should be standing or kneeling.

Kamala kneels more than a Carthusian monk during lent.

And they make 138=proof liqueurs!

Either way she’ll be cackling.

I’m all for deconstructing Disney. Shut it down. Create an open space, with natural vegetation and marijuana growing in it. also, raise prices

“zydeco brings together the sounds and styles of many cultures. We wanted that spirit reflected in this scene (and throughout the attraction) so that all our guests feel welcome ”

Unless you are from one of the cultures getting cancelled.

Not surprising. Try and find a copy of “Uncle Remus” nowadays.
This is funny, because the Uncle Remus tales were actually Cherokee Indian mythology.

Free at Amazon, for your Kindle or Kindle-ish app. Get ’em for the kids in your life, before they’re cancelled.
(They still have quite a good number of different editions in paper as well.)

Sick to death of the Left’s obsession with race.

I hope Buckwheat Zydeco will do the soundtrack